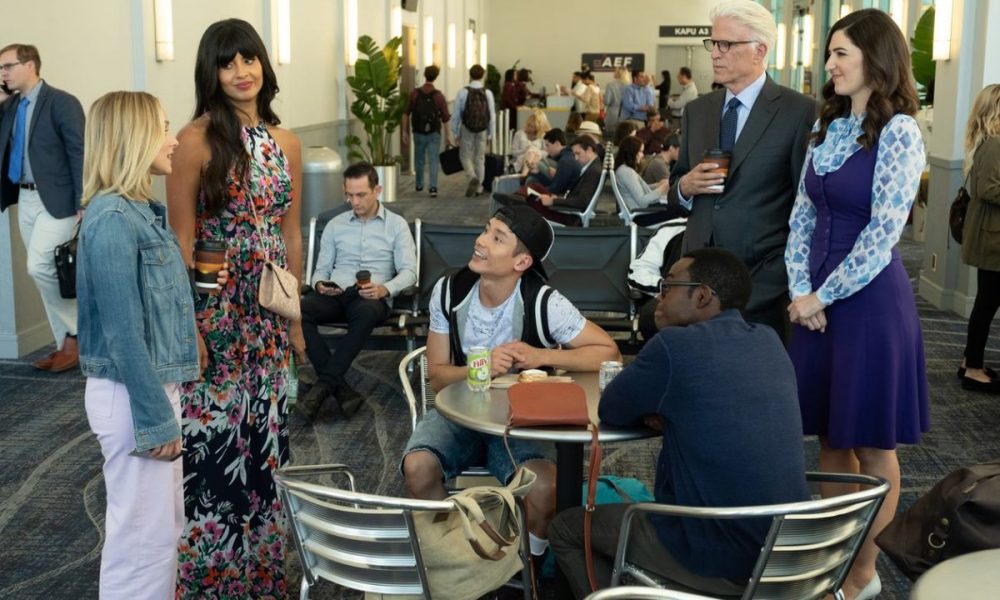 We have reached the third season finale of NBC’s The Good Place. The first two seasons taught us to expect the unexpected. What turn will the story take this time?

The season finale of the NBC comedy The Good Place airs Thursday, December 6. This is the third season for the critically acclaimed sitcom that never ceases to amaze and surprise. Every season has thrown audiences for a loop as creator Michael Schur continues to unseat expectations. What the third season finale has in store is anyone’s literal guess. If you aren’t as creative as Schur and his writing staff (you aren’t), the guess will be wildly off-base.

In season one, The Good Place really knocked the viewers around. It turned out the good place wasn’t the good place at all. It was the bad place. That ending twist seems ludicrously simple in text, but it was anything but on the screen. How could season two possibly follow that? The demon architect – Michael – responsible for the humans’ torture joins their side in the hopes of getting them to the real good place. By season’s end, all four humans reach the judge responsible for place designation and, thanks to coercing by said demon, are sent back to Earth to get a second chance at their actual lives.

MORE BUZZCHOMP: Running During the Holidays in 5 Steps

Sending the group back to the real world felt like a serious gamble. Removing the fantastical portion of the show also removed half the fun. But the gamble paid off. In season three, the group has been made aware of their afterlife snafu and has attempted to aid their loved ones in reaching the good place. But Michael comes to the determination that the system in which afterlife designations are made is inherently flawed. Something must be done. That something is what remains up in the air for this finale. Because, instead of traveling back to the judge, an attack by bad place demons forced Michael, Janet, and company to retreat to Janet’s void.

This final move by Janet saved the humans from a certain path back to the bad place, but it also permanently ended their lives on Earth. That means, one season after traveling back to the real world, The Good Place has brought viewers again to the world of limitless possibilities. Thus, where the finale finishes up is hard to predict.

There is no likeliest scenario for this 10th episode, because that is not how this show works. I suppose a plausible ending could see the sextet escape Janet’s void to convince the judge that the afterlife system is broken. But that is too convenient of a wrap for this series. It would also leave logistics up in the air, but wouldn’t leave much in the way of fun narrative. Perhaps the group goes on the attack to break the system and take over afterlife responsibility. That would be a fun sequel to the demon bar fight from last episode. That scene felt out of place on its own.

Maybe they don’t escape the void at all though. What would happen to humans in the void? What would become of Michael? If living in the void becomes a possibility, that alone could unseat the afterlife. The good thing about The Good Place is none of these semi-logical possibilities are likely. I can’t wait to see what the writing staff has cooked up to finish out what has been an amazing three-year start to a comedy chronicle. Get that Molotov cocktail ready. Bortles!