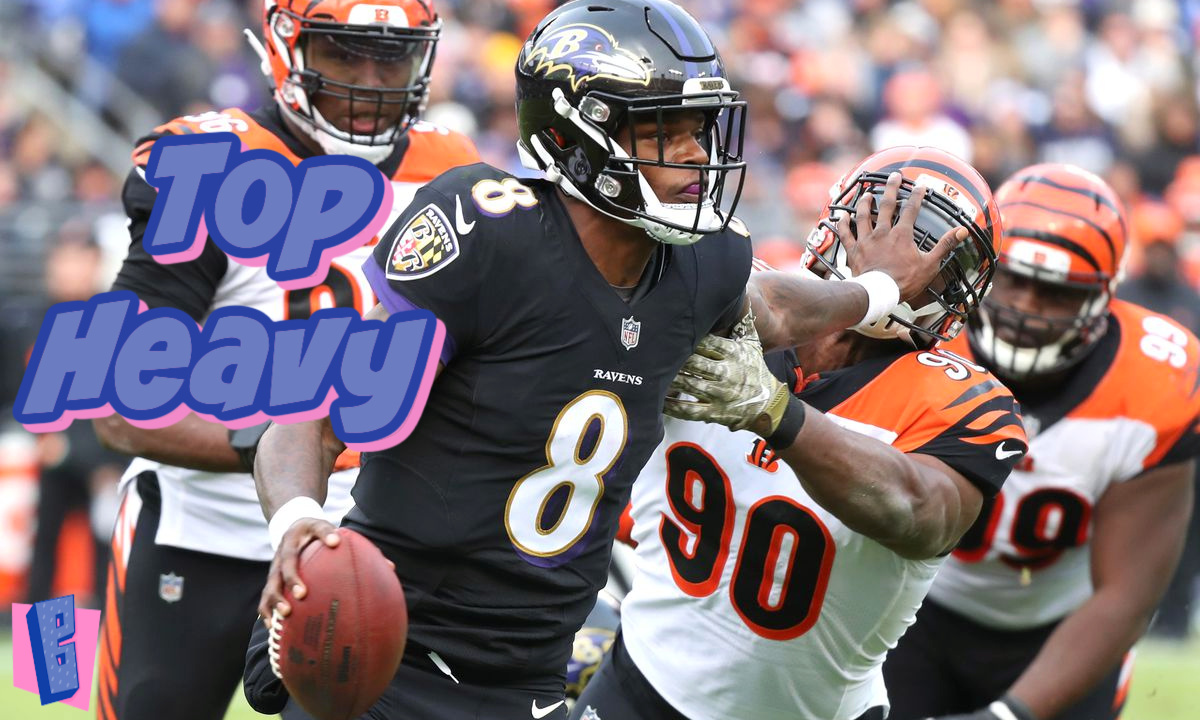 The AFC North was the best division top to bottom in the NFL last year, but upheaval is coming. Will the Bengals edge out the Ravens for the division title? Both teams are assured a playoff spot.

Our NFL division previews begin in the AFC North. Last year, this was the best division in football by the simplest of standards. It’s worst team was the “best” worst team in the league. The entire division finished with records between 10-7 and 8-9, making it as close as an entire division can logically be.

Will that be the case again in 2022? The odds certainly seem to imply that it could be. Three of the four teams have nearly identical odds to win the division according to Vegas: Baltimore, Cincinnati, and Cleveland are all between +150 and +300. Pittsburgh brings up the rear at +900, but again, if we are concentrating on the back of the line here, 9-to-1 are pretty low odds for a fourth-place prediction. This is going to be a very good division once again.

The bunching of the AFC North is just as clear when taking out the Steelers. The Ravens finished last a season ago and are now favored to win the division… ahead of the team that just made the Super Bowl! With the Browns embodying the word wildcard, will the Bengals be able to win enough games to top their division?

The Ravens being favored is not as crazy as it seems. Baltimore battled through oodles of injuries on offense, including to Lamar Jackson, and had a rare down year on defense that led to a regime change. Cincinnati went farther than anyone would have expected to boot. Regression for both, positive for the former and negative for the latter, would lead to these odds, considering just two games separated them last regular season. Who wins the AFC North in 2022?

Cleveland is the lurker here and makes this a truly interesting debate. Everyone loves the roster. The only question is what they will get out of the quarterback position. It is so tricky to handicap when no one knows how many games Deshaun Watson will be allowed to play this season and how rusty he will be if he does take the field in ’22. To me, that makes the Browns a clear stay-away. Their odds of +300 are not nearly good enough to risk on that gamble when the backup plan is a season of Jacoby Brissett. He’s fine, but he isn’t elevating any teammates to new heights. Elite line play, great secondary, and really great skill players are so nice. But we aren’t in the Trent Dilfer era anymore. Quarterbacks decide too much and need to make too many plays for a team to consistently win.

There is too much that scares me about the Baltimore offense, in a bad way, and too much that scares opponents about the Bengals offense. On defense, I think Cincy can improve, but this really comes down to none of these teams being all-around elite (despite the SB appearance), and the Cincinnati offense is the best unit in the division. The Bengals and Ravens should both be on that second tier of AFC contenders assuming health, yet I still don’t believe only running the ball is going to get Baltimore over any hump. This team is one-dimensional. When the defense dominates, that is okay. When it doesn’t, what Jackson and crew offer isn’t enough.

You nearly talked me out of backing the Ravens, but I’m not nearly as scared of a ‘traditional offense’ led by a ‘non traditional’ quarterback. Defense and a solid running game win championships. Lamar Jackson is really good and the AFC North is not scary outside of Cincinnati. Baltimore holds off the Bengals by a game for the division title.

With the Ravens and Bengals finishing one, two and in the playoffs, that leaves two other teams likely sitting a game or two under .500 at best. I like Pittsburgh in third, because even a rebuilding Steelers team is going to overachieve. I like their rookie quarterback and I like Trubisky to start the year. It’s Cleveland that is completely dysfunctional and full of red flags.

My gut tells me Watson misses at least half the season, but you better believe the off-season alienated a bunch of players on the Browns. That team no longer has an identity and their feel good story has been flipped.  Cleveland is running in circles and will be lucky to win eight games, good for last place in a tight AFC North.

Does this division possess a serious title contender? I don’t believe so, but they proved us wrong last season with the Bengals. Burrow is going to get his team deep in the playoffs, unlike Jackson with the Ravens, but Cincinnati still lacks something. They fall to the eventual AFC champions, but I’ll save that pick for our next article. Cue the painful tease.