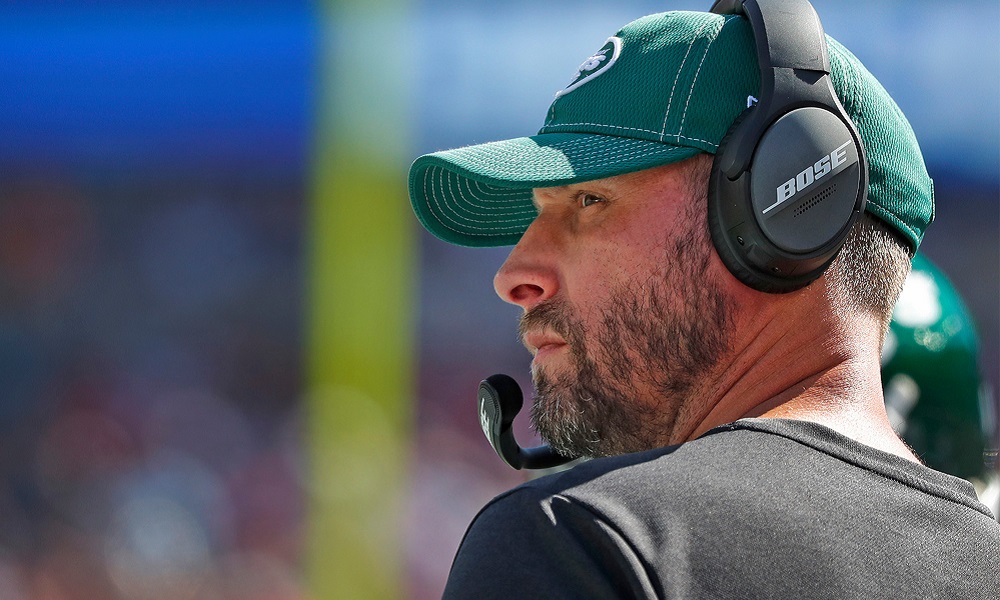 Its not that the New York Jets lost, but how they have been losing. Excuses aside, coach Adam Gase is officially on the hot seat.

For the first time since 2003, the New York Jets have started a season 0-3. Words don’t really describe the ineptitude that was Sunday’s trouncing by the Super Bowl bound New England Patriots. The lopsidedness of the game should come as no surprise, but in fact I thought it would be worse. Ultimately, the outcome puts new headcoach Adam Gase firmly on the hot seat. Where will he go from here?

I foolishly watched the Jets game on rerun, already knowing the outcome and how bad it was. Now we must face the facts. New England likely has the best defense its had in all of Belichick’s years coaching the team. New York was simply no match. Adam Gase was simply no match.

More BuzzChomp: Will Gemini Man be Predictable or Visionary?

The Jets putrid offense was only able to muster 105 total yards. That’s right, 105 TOTAL yards. Tom Brady had more passing yards in the 1st quarter. What a joke. New York’s offense totally revolves around Le’Veon Bell to a fault. The “great offensive coach” Adam Gase continues to just give the ball to him. At times there were nine men in the box on defense, because everyone knew where the ball was going. The Jets and their awful offensive line never stood a chance.

Luke Falk looked like a deer in headlights for most of the game, only attempting two passes more the 20 yards down field. The play calling was too conservative and the offensive line was beyond awful. New England was playing with three of its starting lineman out, and Brady had so much time that he could have done pushups and still made plays. That’s what separates good teams from bad ones. Maybe it’s time to make a change up front. What do you think coach?

Also on BuzzChomp: Daniel Jones and his glorious afternoon

The bye week can’t come fast enough for this football team. Injuries are killing the Jets, but we don’t make excuses. New York will need everyone back and at 100% for week 5 versus Philadelphia. Its a must win game and if the Jets are not healthy, its going to be another joke. At this rate I’m not even sure if this team can beat the Dolphins, who are clearly in tank mode.

I will give the Jets credit though. The players are saying the right things and leaders like Bell and Jamal Adams are sticking together, at least for now. This coaching staff, and Adam Gase especially, needs to figure this out. I’m well prepared for an 0-7 start, but can we at least look competitive? Is that too much to ask for? #NeedaNewCoach