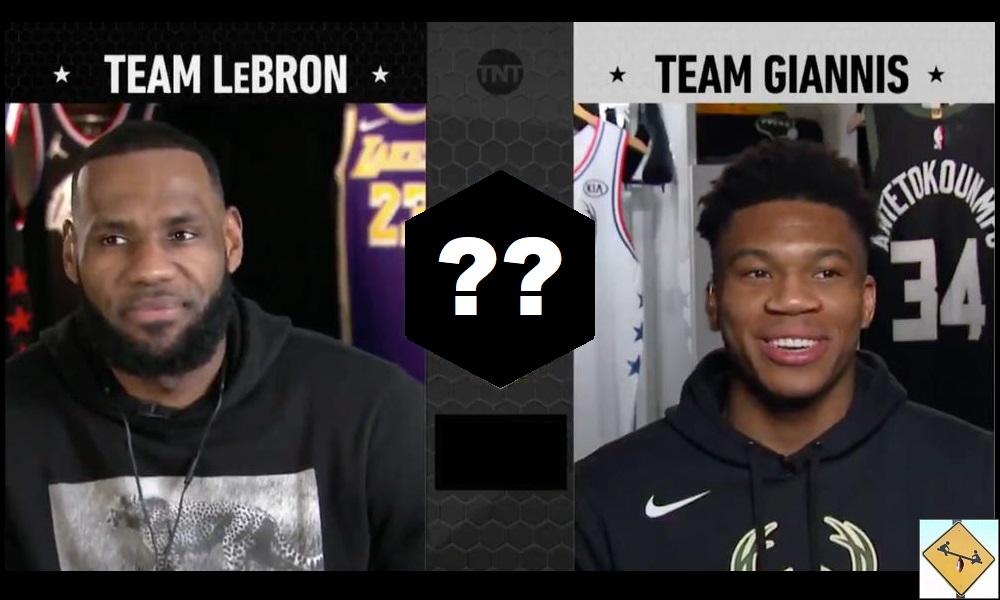 The NBA All-star Draft is amazing and last year LeBron James went all-in with his top pick. He has the honor of picking first once again, and it will be another stunner.

The NBA announced the starters for the All-Star game last week. This week, on January 30, it will announce the rest of the rosters prior to the NBA All-star draft taking place on February 6. This year, as with last year, the two captains picking teams will be LeBron James and Giannis Antetokounmpo. There’s nothing better than the anticipation of LeBron’s first pick.

The group of 10 starters named was nothing all that surprising. Some folks thought Jimmy Butler should have been named a starter. He was only eligible as a front-court player, though, and it is hard to argue against any of the three who made those slots, especially since Butler is having one of the worst shooting seasons of his career. Trae Young was an interesting inclusion since he plays for the worst team in the Eastern Conference, but his numbers are unimpeachable, and there weren’t a ton of deserving East guards anyway.

The West lineup was pretty much set in stone. The only quibble would have been leaving Kawhi Leonard off in favor of Nikola Jokic or Rudy Gobert because the former missed too many games. But come on; it’s Kawhi.

So we have our eight-man grouping for which the captains will pick starting lineups regardless of conference affiliation. And this should be interesting!

Last year, LeBron famously nabbed Anthony Davis to his team before hoping he would join his real team. He did, and now does he need to “waste” a pick on Davis? Or should he actually still take Davis because he wants to win the game?

I could see LeBron picking Kawhi first in a move for Los Angeles unity. We play together now, only to do battle in the Western Conference Finals. Or perhaps he selects Kobe Bryant as an honorary teammate. Maybe Kobe is the eighth pick. There is a lot of room for a nice homage to Kobe and Los Angeles and the bonds of great basketball among all players. Bottom line, the first pick of the NBA All-star Draft will be a stunner.

There is no reason for LeBron to follow standard team building philosophy when making his first pick. The result of the All-star game does not matter, leaving the door open for him to once again parlay his choice in any direction he chooses. Last season he wined and dined Anthony Davis with the top pick. I can see him picking Davis once again, since they are now teammates and he is a dominant force. Whatever LeBron does, it will be in support of Los Angeles, the Lakers, and Kobe’s memory.

No matter how LeBron leans, all four West players likely come off the board before a single East player gets taken. That’s how unbalanced the rosters appear. I can’t foresee any scenario in which Young, Kemba Walker, and Pascal Siakam aren’t the last three guys taken, in some order. Young feels like the most fun to include on an All-Star roster (which secretly helped his candidacy for the starting lineup), but he’s probably the worst all-around player of any of these 10 guys considering his defense and inexperience. That isn’t a huge slight; this is the All-Star starting lineup after all, but he may be the last guy off the board because of it.

If Davis is not the first pick, is it Doncic? It seems clear that the young Slovene has already passed James Harden in popularity in NBA circles. And then when does Kawhi get taken? He may be the best all-around player in the league. But this is an All-Star game.

Obviously James and Giannis are trying to form actual rosters to play together, but if I was going to order the participants in the way they should be selected, it would go Doncic first, followed by Davis, Leonard, Harden, and Embiid. Then throw those other three guys a bone, and wait for the reserves to come up for nomination.