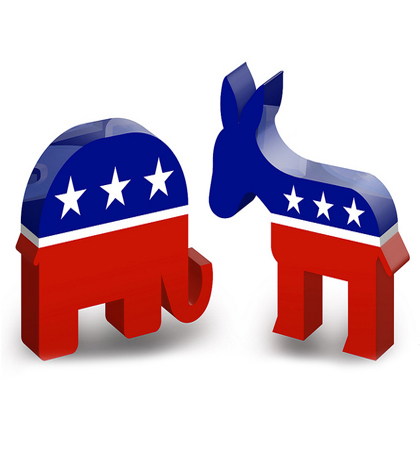 It’s becoming more and more difficult to find original sentences and ideas in everyday conversations with the average anybody, especially when it comes to politics. In a culture like the one we live in, so much information is being spewed at us from every single direction and facet of society that most of our time is just spent absorbing media of various kinds. But this massive amount of information is sort of pre-interpreted for the audience and not only gives them the info but also gives them an opinion of it. This is tough because it reduces so many otherwise intelligent people into sponges. When you talk to them, they recite what they heard before and feel like those thoughts and ideas are valid because someone on TV or the Internet came to that conclusion. The conclusion or interpretation may or may not actually be valid, but the point is that there is a growing amount of people who are not proving the conclusion to themselves, only following the generally biased arguments made on MSNBC, Fox News, etc.

It may not actually be a bad thing, especially if we trust our media outlets represent enough diversity that the individual can at least choose, and that some of these choices do represent reality. But I think in the case of politics at the moment it’s at worst, very dangerous and at best, pretty annoying. If you ask someone right now about gun control they will undoubtedly jump straight into a rant about why we should or shouldn’t crack down on gun laws. They will be emotional, they will be opinionated, and they will speak very harshly of the other side. If you push them a bit more and start asking why they think that and why they oppose the other side on a specific point, they will grow frustrated and begin to assume you disagree with them. The rest of the lunch will be nightmarishly awkward and someone might end up getting shot.

The point is that we are lead to believe the discovery and the conversation on many topics, especially politics has already been had for us. We cannot come into a discussion on gun control on the fence or asking questions because the winners and the “informed” are all very firmly set in their beliefs. For them, it’s less about what they’re arguing for and more about how furious they can become while talking about it. Even the emotions they use are recycled from their favorite pundits. It’s like talking to a southern lady about gun control is like her trying to recreate a speech she watched Glenn beck give. Put that lady with the college bro that is acting out a Rachel Maddow monologue and we have ourselves a classic political argument. Neither side is really considering what points are being made by the other or themselves, its just regurgitation.

It’s easy to dump on everyone but what’s my ideal alternative? How could we all do things “right?” Or at least “right-er?” Take the conversation with your stupid friend a little more seriously. Ask why he thinks that. Tell him why you think this. You will find new ideas and you will find old ideas. It seems insanely obvious, but with our constant absorption of biased, opinion based political media, most political conversations are two people arguing generalities based in party oriented rhetoric, rather than their own, personal perspectives on issues within a broad subject like healthcare or gun control. And that may be what is missing the most: finding how politics relates to our everyday lives and expressing our political opinions through that personal lens. Instead we live through the talking heads and pundits on various screens who present an ideology packaged with an emotion. So next time “that friend” brings up gun control, ask him why he thinks everyone should own five AK-47’s.