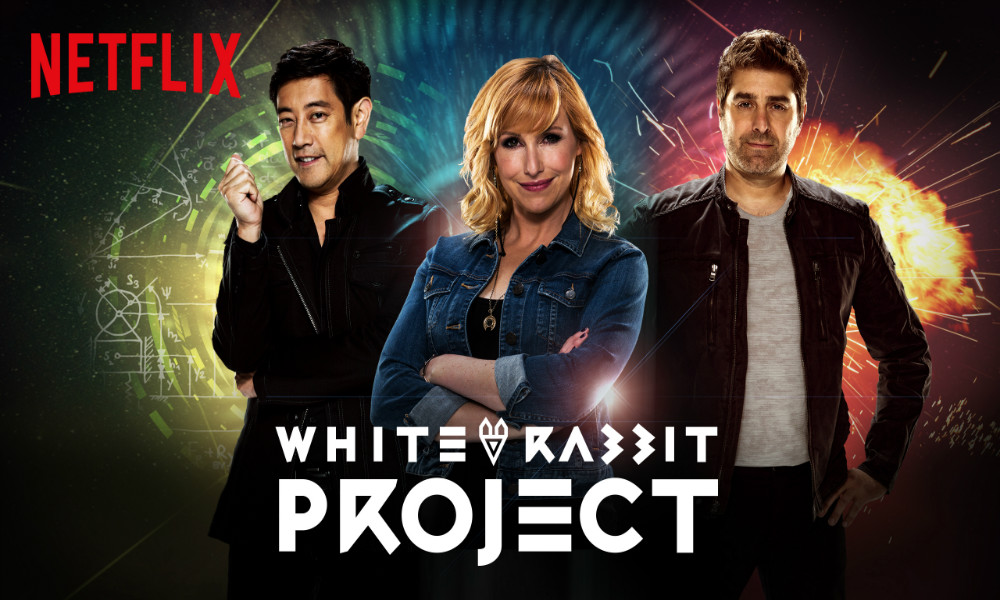 Netflix’s new Mythbusters offshoot, The White Rabbit Project, is not the same as its source material. Maybe that’s a good thing.

The entire first season of The White Rabbit Project is available for streaming on Netflix. I have watched just the first episode to this point. Nevertheless, the differences between the new show and the old show are obvious.

First and foremost, the lack of famed Mythbusters hosts Adam and Jamie is apparent. Instead, The White Rabbit Project is hosted by the three “other” Mythbusters: Kari, Tory and Grant. The three always seemed to have a great rapport and back-and-forth. That remains true in this new show, and their relationship is on full display in episode one.

Kari and Tory have dinner and laughs together; the two also seem to regard Grant as a mad scientist in the most complimentary way possible. And all three recap and summarize the segments of the show together like Adam and Jamie used to do separately in the last iteration.

Episode one of The White Rabbit Project is designed around a faux competition between the three hosts to develop the best superpower for real-world use. There are established guidelines and grading (in categories like price and usability). They compete against one another in the barest of fashions, though. It’s essentially a way to break up the episode into pieces because, spoiler alert, this new version of Mythbusters doesn’t really involve any myths. At least, that is the case through episode one.

That doesn’t take away from the product. The science and actions covered are still interesting; it is simply now up to the writers to come up with justifications for covering what the show addresses each time out. It remains to be seen if the competition and grading aspects will stick every show or if that was a one-time thing. Either way, it seems obvious that pure myths were not a requirement for a successful Mythbusters knockoff. The science and the relationships were the important parts.

The latter is where TWRP could even have a leg up on Mythbusters, whose old hosts famously were not chummy off-camera. That was never a requirement, and the show held up perfectly despite that shortcoming. Yet it only helps a television product when the actors involved seem to genuinely enjoy each other’s company. The old build team always felt like a real trio backing up the top two guys. Now they are their own leads, yet the camaraderie remains.