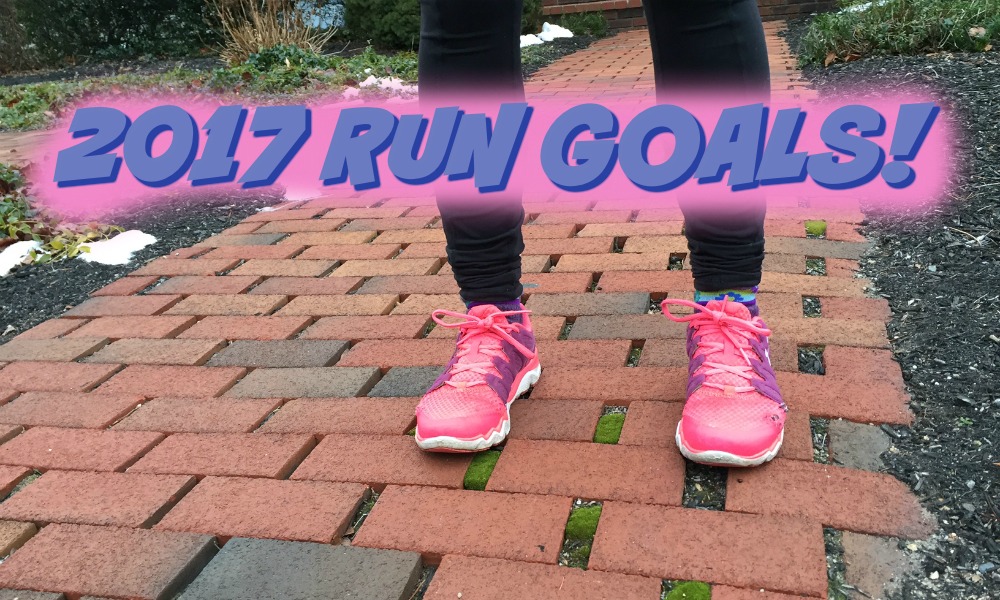 Time to set your 2017 running goals! Now is the perfect time to reflect on 2016 and be realistic about what you can accomplish in the new year, as well as what you want to push yourself to do in 2017!

The year 2017 will be a little different for me. Every year since I first started tracking my miles I’ve wanted to run farther, longer, and harder. This January I will enter into my third trimester of pregnancy, so my 2017 running goals have shifted. I’ve never been pregnant before and I’ve continued to run this whole time, but I know my runs will continue to change as I get closer to my due date! That means I’ll have short-term goals and long-term running goals this year.

In 2016 I ran over 1600 miles and I would love to be able to do that again in 2017, but I do have to be realistic. Even if I run right up until my due date, I will have to take a break from running right after the baby is born until my doctor gives me the okay. My new 2017 running goal: I would love to run a minimum of 1200 miles. I think this is very realistic for me and in my head I actually know I’ll end up running more, but its important to set achievable goals and personally I need to see how I feel leading up to having my baby and right after.

ALSO ON BUZZCHOMP: Planning your Holiday Runs with Ease

No matter where you are in your running journey, when you set your 2017 running goals the most important thing is being realistic! If you’re new to running, I would highly recommend setting weekly and monthly goals first. When I became a consistent outdoor runner my first weekly goal was to run 20 miles a week. That meant running four miles at a time, five days a week. That’s a really great goal to have! I found that once I hit that goal I normally was just automatically running more. I started to extend my runs and I pushed myself to run six days a week. Master your achievable goal and then push and extend your limits.

You also need to make sure that you stay consistent, so set that as a goal! This is why I like making weekly and monthly goals first. It’s easy to keep your momentum if you’re achieving goals week to week. If you have a lofty year-long goal without any small ones to begin with, you could easily get discouraged from continuing to run if you happen to take a few days off. But if you’re measuring your weekly goals, then even if you have a week where you only run three days, you still got out there and ran. The following week is a new week with a fresh start and it doesn’t matter how much you ran the week before!

I also love to set check-ins throughout the year. A three month and six month check-in to see where you are is perfect! I love this and I did it in 2016 with my running. It completely motivated me to run even more. I wrote earlier this month about joining the You Vs The Year challenge on Mapmyrun and having check-ins made it easy to accomplish. I had a goal of 1,000 KM and I wanted to hit it by June 1st. That motivated me to run as much as I could, but it also gave me a realistic goal for the year of running at least 2,000 KM. I ended up running well more than that!


I find it best to set a few goals to begin the year and then I set my running goals as the year progresses. I have a picture in my head at the beginning of the new year of what I want to accomplish, then I track myself weekly and monthly. This allows me to contour my goals to how my year is actually going! That really is the key when you set your 2017 running goals. Be honest with yourself and make sure you’re consistently checking in. I know that’s what I will be doing this 2017!