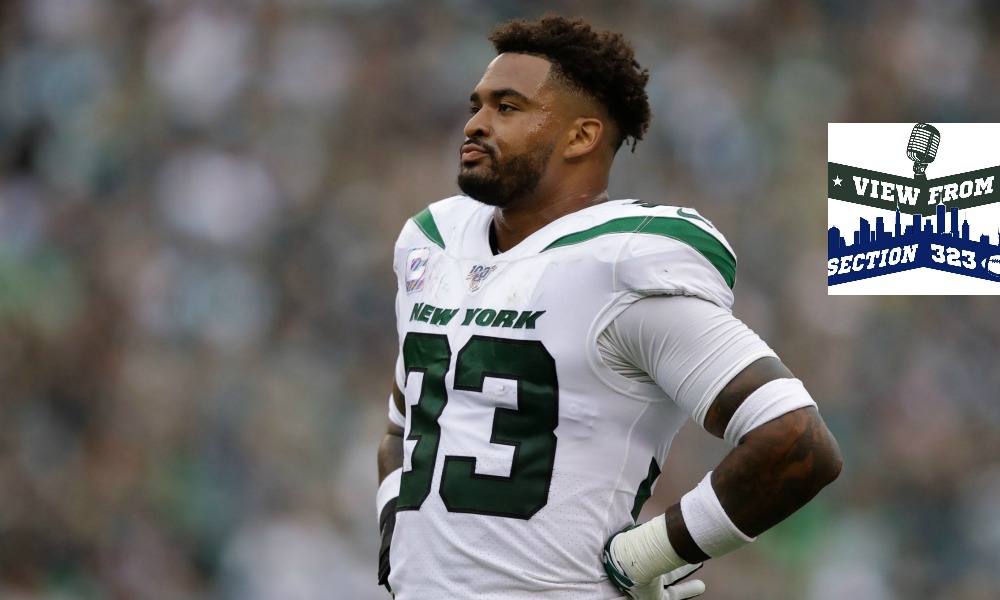 Another set of losses have left New York football in shambles. What’s left in 2019? The Jets and Giants must prove something. Section 323 NFL podcast.

It was a seriously bad day at the office for New York football, as both the Jets and Giants looked anything but competitive. Dalvin Cook and Adam Thielen were too much for Big Blue. Gang Green couldn’t stop the worst bass rush in football from notching double-digit sacks. At least Sam Darnold is back for the Jets, but nothing is going to change this week. New England and Dallas are heavy favorites.

NFL fans are typically vocal, but these two New York football fans are worse. If an inter-city rivalry exists between the Jets and Giants, then Phil and Bud are it. The ‘Section 323’ NFL podcast covers the entire league with a New York focus. What’s left of the season for our New York teams? Daniel Jones is still a rookie, and the Giants currently lack a running game. The Jets have nowhere to go but up, yet their hole is miles deep. Phil and Bud have nothing nice to say, so don’t expect a compliment.

Do you believe the Giants are still playoff worthy after Daniel Jones crashed down to Earth? Can the Jets look competent offensively with Sam Darnold back playing quarterback? Both New York football teams are muddling below average, but the season is far from over. Coaching problems are fixable, yet we know adjustments are rare in New York. Who will end with a better record? There are no mulligans in football.