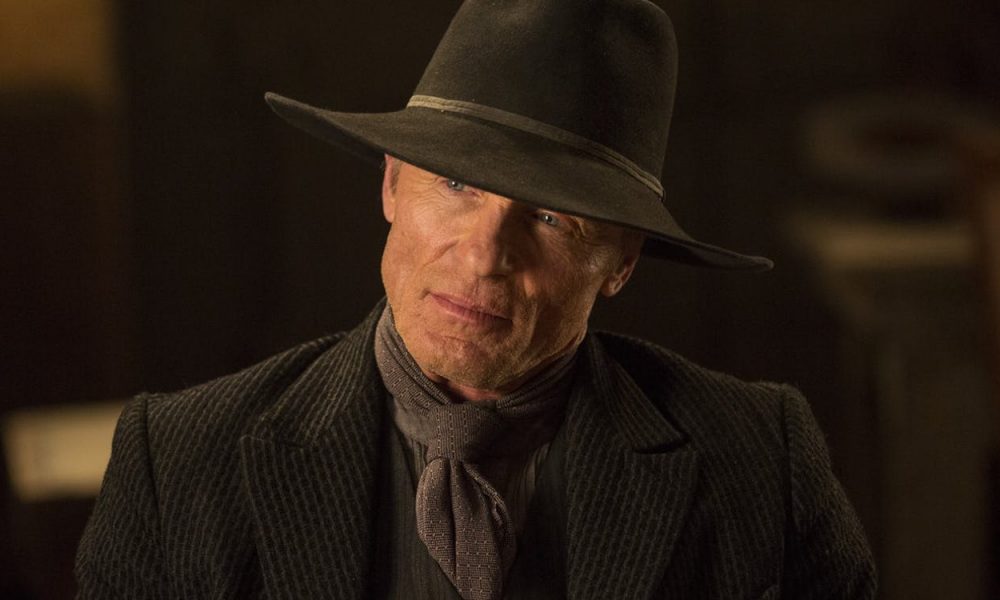 The premiere of Westworld Season 2 aired Sunday night. Once again, we can’t be sure of much of anything. However, one thing became clear. William is happy with the way things have played out.

That slight smirk William unleashed on the world in the premiere episode of Westworld Season 2 was worth all the timeline jumps. The edges of his mouth rose ever so slightly after reapplying his faithful black hat. He had finally ventured into the theme park for which he’d always striven for.

William, AKA the man in black, has always had a murky goal. This statement is obvious since, for nearly the entirety of season one, we didn’t know for sure that William was actually the same person as the man in black. Internet sleuths sussed that fact out, but the rest of us were left waiting for the confirmation. So what was actually the end goal of a man so fed up and disillusioned with Westworld that he went through purposely trying to unseat the very foundations of the park?

ALSO ON BUZZCHOMP: NHL Parity is King of Sports

Back when he wore the white hat, both literally and figuratively, did William save the park or even make it prosper? Now, in his elder statesman days, was he really trying to destroy it? Or, was he simply pining for, as he called them, real stakes? In a fake world where nothing could harm a human being, there was no challenge and little fun for a Westworld veteran. Nothing mattered because that was how the hosts were designed. Nothing was supposed to have real stakes.

So to see William battling for his real, actual life in the season one finale and Westworld Season 2 premiere was truly heartening. This is what he wanted. Westworld finally has real stakes, and William is actually happy, possibly for the first time ever in this theme park. When he first arrived, he was an emotional mess who couldn’t deal with the lifelike nature of his surroundings. He wanted to help and fix, not debauch. The second version of William we see no longer has issues with what is going on, beyond trying to unlock the real plan of the park itself. He still wasn’t enjoying himself. And since we don’t yet have a picture of the time in between, it seems plausible to assume that William has never been happy in Westworld, until now.

It also feels odd to say a man now fighting for his own survival is happy, but that is indisputable. Either this stems from the direct results of now having a game that matters, or William is glad the park got its comeuppance for once.

Surrounding William, no one is having any fun whatsoever, with perhaps the lone exception being Dolores, the protagonist turned antagonist. Park employees are all either dead, in distress, or clambering to find out what happened with the hosts, with their livelihood and future on the line. Delos security is in clean-up and cover-up duty, which cannot be fun. This is especially true with so much intellectual property on the line.

Bernard is either fully aware of himself and is terrified, is confused about his true self and is terrified, or is still in full-on host mode and is just along for the ride. Teddy seems to still be a host through and through, even as Dolores tries to pull him into enlightenment. Maeve is alive but remains hooked to the park nonetheless. She can control everything except what she should want to be doing. Even Lee, whose life was just spared, is a prisoner in the world he helped design.

Throughout a show where we don’t know when things are happening, let alone what is happening, it is refreshing to be sure of something. I am sure that William is happy with the way things have turned out. Now I just wish I knew why.