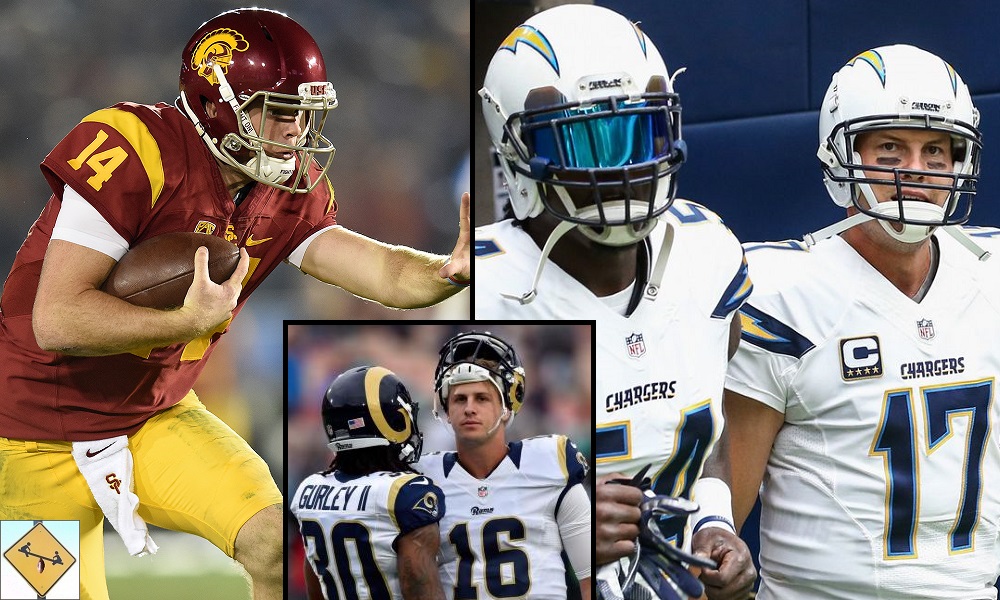 Attendance numbers are in and USC Football is crushing the LA Rams and LA Chargers team spirit. Is this a knock on NFL football in Los Angeles, or merely a testament to the Trojans?

Over the weekend, the USC Trojans played a home game at Los Angeles Coliseum. The Los Angeles Rams and Los Angeles Chargers both played home games as well, with the former using the same stadium as the Trojans.

According to Sportscenter, USC Football had more fans at its one game than the LA Rams and LA Chargers had combined at their NFL contests. The Original Tweet from Sportscenter:

On one hand, this feels obvious in the sense that college football is a more passion-based event and environment. Also, USC football has been playing in this location for far longer. The Rams and Chargers are newbies (or re-newbies in the Rams’ case). An NFL fan base might never get to the level of an elite college team, but it will take time to even approach it.

On the other hand, this is insane. Two NFL games should be able to outsell a college game that uses the same arena. And it’s not like these two NFL games were with the bottom barrel of the league. The Rams looked like one of the best teams in the NFC in Week 1, and the Chargers have what should be a prolific offense. Those things should carry momentum into Week 2 and breed excitement.

In Los Angeles, it didn’t matter. You’re an LA resident. Will it ever matter? If these two teams stay average to above average, will the city ever care? Or if they become great playoff contenders, will that swing the tide? It’s likely neither team ever passes USC in terms of popularity, but that’s not what this attendance mark was demonstrating. The inability for both franchises combined to not approach one college game is incredibly alarming for the future of NFL football in LA.

There are three sides to every story, with the truth being the side somewhere in the middle. LA Coliseum is an enormous stadium that is always sold out for USC football. College football stadiums in general often hold more fans than other stadiums for other leagues. With alumni, boosters, scouts, students, and local fans all coming to tailgate and watch games, its college football that should inherently have larger crowds when a team like USC has a large stadium to accompany them. The Trojans have such a stadium. Its their home stadium and it was sold out.

USC is always going to sell out its games at the LA Coliseum. The Rams are not. The stadium is too large for the LA Rams and its fans. It’s too old to attract casual NFL Fans, offering zero comforts and little in the way of fun, outside of the football game which feels miles away from your seats in the old stadium setup. The LA Chargers are playing in a small stadium built for a soccer team, situated just far enough south of Los Angeles to detract fans, and just far enough north of San Diego to also detract fans. Therefore, considering both NFL teams are currently displaced in a new city that was already passionate about its football, just USC and UCLA football, the attendance numbers for the Rams and Chargers were pretty good.

The Rams packed over 50,000 people into the LA Coliseum, compared to a packed house of 85,000+ fans for the USC Trojans game. A 60,000 seat stadium feels about right for this NFL team, so they did pretty well filling up the cavernous Coliseum in downtown Los Angeles. The Chargers managed 25,000+ fans in their first “home” game in the fairly small Stubhub Center. It wasn’t sold out, but it was a full house. Considering this is a team without its own stadium and without hometown fans, that is pretty good. Lots of people from San Diego came up to the game. Lots of people chose the Chargers over the Rams.

Once the shared stadium opens in Inglewood, we will get a real sense of how popular these two teams can be. The new complex is going to offer every luxury, every convenience, and tons of activities beyond football on game day. It will be an event just to attend, meaning I expect both of these teams to sell out their games. USC sells out its games despite an old and uncomfortable arena. That is how popular the Trojans are. They were the only professional football team in Los Angeles for years. Now UCLA is good, the Rams have returned, and the Chargers have joined them. But USC Football is still number one. The weekend attendance numbers are a testament to the Trojans, not a knock on the two NFL franchises now sharing space in the city of angels.

More BuzzChomp: 2017 MLB Awards Down to the Wire