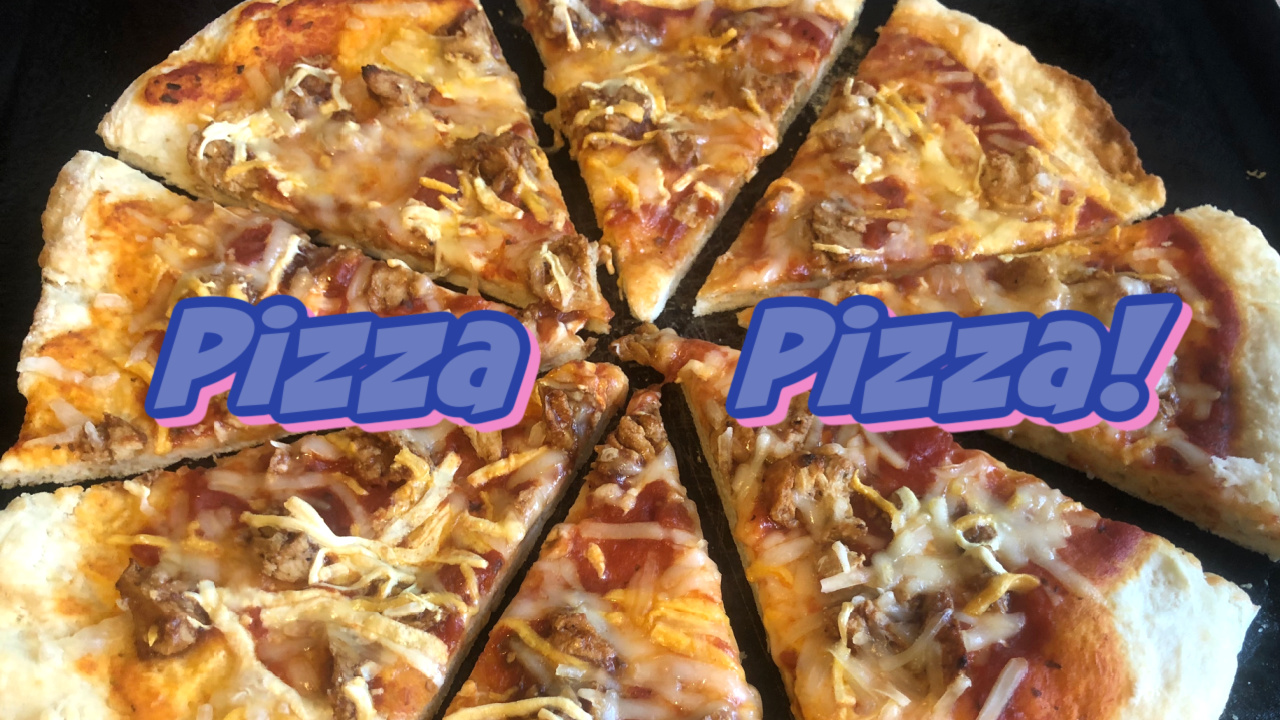 Homemade pizza is my favorite food to bake and my family adores it. Making amazing dough at home is actually easy and tastes insane. That’s why this is the ultimate homemade pizza recipe, my vegan BBQ “chicken” pizza.

Pizza is just the best. Its one of my absolute favorite foods and always brings friends and family together. Plus, it’s so much fun to bake! For far too long I would buy those store pizza doughs, but something was always missing. They were good, but there was something off about them. Then I gained the confidence to experiment with making my own dough, ultimately adapting this recipe from House of Yum into my own perfect vegan pizza dough. I now use this dough to bake pizza, calzone, and flatbreads. Below is my ultimate homemade pizza recipe that’s also vegan!

Jump to Ingredients
Jump to Preparation

The best thing about this dough, besides being vegan, is that it’s so quick to make. I always double the recipe and freeze the other half so I can defrost it later for another meal. If you’re any sort of cook or baker, then you already have all of these ingredients, which makes it even easier and more friendly recipe to prepare.

I highly recommend having Earth Balance vegan butter sticks in your freezer at all times. They are great for baking and cooking and have made vegan baking so much easier for me. I always, no matter the recipe, replace regular butter with this vegan butter. It’s my favorite of the plant based butters and helps turn any recipe vegan.

A warning when making this recipe; whichever type of non-dairy milk you use, make sure it is unsweetened as well as not flavored! My non-dairy milk of choice is unsweetened original almond milk. Any sort of flavor or sweetness will mess with your dough. I find almond milk is the best replacement for regular milk and I’ve tried oat milk, it’s high in fat, and soy milk, which has a bit of an aftertaste. I’ve also accidentally bought vanilla almond milk and learned a hard lesson. DO NOT MAKE PIZZA with vanilla flavored milk.

As someone who is not completely vegan, but prefers baking vegan, I only make this pizza 100% vegan about 50% of the time. My dough is always vegan, but I’m vegetarian and use what cheeses I have on hand. Recently, my husband said he was craving a BBQ “chicken” pizza, so I obliged. Our family has been loving Tofurky’s plant based chick’n. Tofurky has really upped its plant based game and I highly recommend their lightly seasoned chick’n. For this pizza, I mixed it with a little BBQ sauce, which really gave me those old school BBQ chicken pizza vibes.

Lately I’ve been on a vegan cheese mission, trying all the different cheeses I can get my hands on. If you’re lucky to have a Whole Foods close to you, their own 365 vegan sliced cheese, as well as the shredded bag cheese, are really great. You can also get them via Amazon. I love the cheddar and mozzarella bag cheeses, and the mozzarella is key for pizza. I’ve found that it melts the best, so for this pizza I mixed cheddar and mozzarella in order to get the cheese to have the look and feel of a traditional pizza. Two other really good brands of vegan cheese are Daiya and Violife, both available at Whole Foods as well. They make really good shredded cheeses and I’ve used them both for pizza.

How you choose to top your homemade pizza is totally up to you. I’ve discovered great plant based pepperoni, but also love olives and peppers on my pizza. Like I said above, I often use regular cheese as well as a mixture of cheeses depending on what’s in my refrigerator. I frequently create my own white pizza as well, by using Greek yogurt to go along with multiple cheeses on top. Below you’ll find what I consider the ultimate homemade pizza, my vegan BBQ “chicken” pizza. YUM!