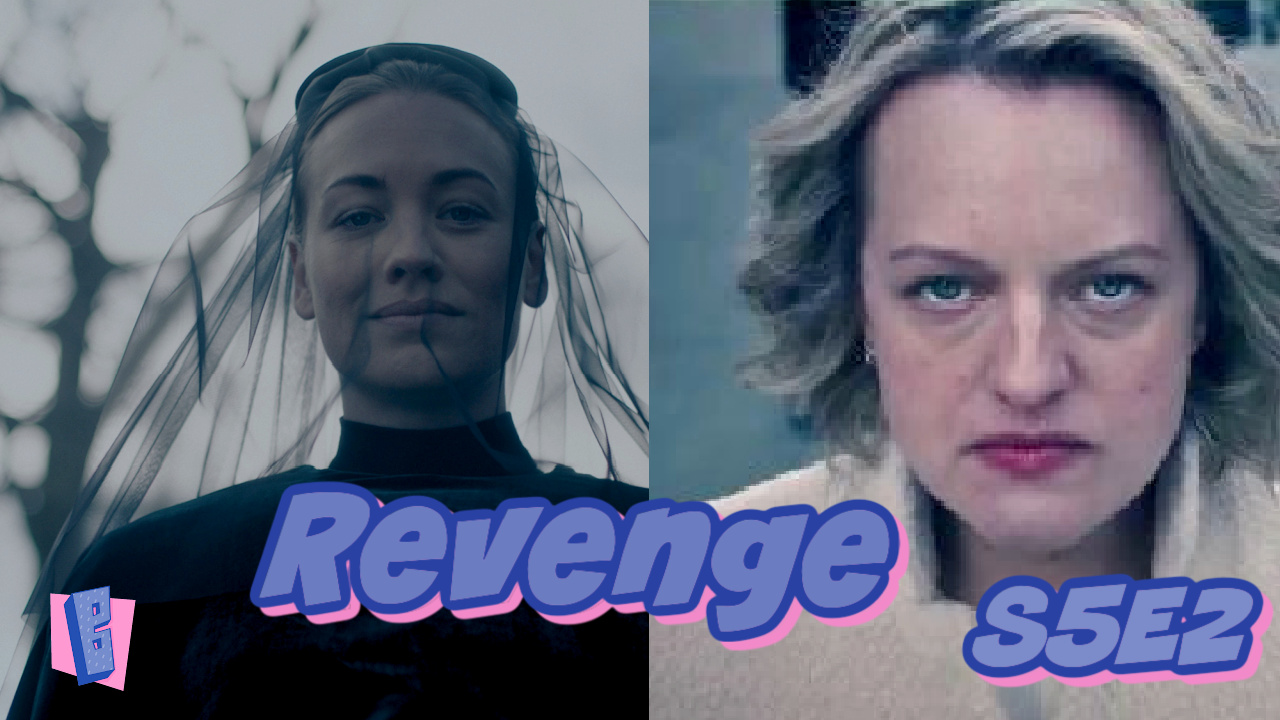 The Handmaid’s Tale Season 5 episode1 and episode 2 were epic, leading to Serena’s revenge! This season starts right after June and her ladies chase down and kill Fred. It’s the aftermath, coping, and ultimately Serena’s revenge!

The Handmaid’s Tale Season 5 began with a gut punch. Episode 1 and episode 2 lead to Serena’s near perfect revenge upon June. This is the full aftermath of what June and those ladies did to Fred. June has to deal with what she did, how she liked it, and ultimately her next move. Her destructive actions 100% provoked Serena. These ladies are about to go to all out war!

Episode 1 starts off with June back at Luke and Moira’s. She doesn’t want to discuss what happened. June is on some high from killing Fred. It appears all of the ladies are. They try to convince June that they all should do this for all of their abusers. June realizes that is suicide and too extreme!

This whole episode shows how June’s still processing what she did to Fred. She admits she liked it. June turns herself into the police, ultimately telling her that she did not commit this act on Canadian soil and they can’t do anything to her. June got her revenge and got away with it.

Serena knows that this is June. Even without knowing about the finger, she thinks it’s June. Of course the finger and ring just solidifies it. That’s a bold move by June and one that inevitably will bring her to war with Serena.

Episode 2 gives us June in a similar place that she was in episode 1. She needs to come to terms with what she did. June thought she’d be in jail. At least then she’d be held accountable for her actions, but it’d be understandable. The funny thing is everyone seems to understand what she did, why she did it, and no one, except Moira, is really judging her for it.

Serena uses Fred’s funeral as a complete power play. Not only is this a move against Gilead. She’s giving Fred the legacy of a respected founding father even though they all acknowledge that he was a traitor. In the end though, this is all part of Serena’s revenge against June.

In the end, Serena parades Hannah around. She makes Hannah basically the face of Gilead. I truly think this was not a smart move for Serena. June will enact some serious revenge on Serena. I could even see her taking Serena’s son in or something like that.

The Handmaid’s tale Season 5 is back. Episode 1 & 2 unpacks the aftermath of June’s action. It ultimately leads to Serena’s ultimate revenge. Share with your thoughts? Check out Ep1 & Ep2.