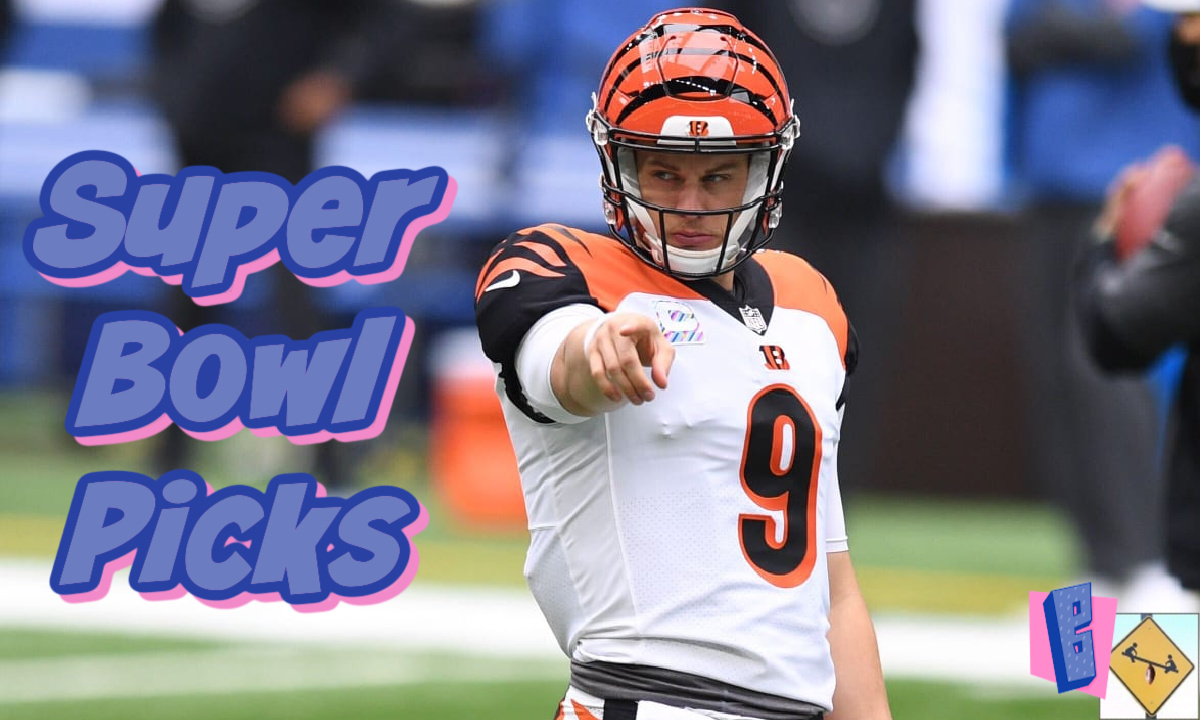 Doesn’t matter who wins, only who covers the spread in Super Bowl LVI. The Los Angeles Rams are home and the Bengals are doing the impossible with ease. Do you take the points? Your best picks against the spread.

The final two teams alive for the NFL championship are hardly who we all expected. The Cincinnati Bengals went 4-11 last year and had a slew of unproven players, as well as an unproven head coach, who were supposed to lead them. They did indeed lead them to one of the most high-powered offenses in the game. Yet it took a defensive game plan to stifle Patrick Mahomes and company in the second half of the AFC Championship game and reach Super Bowl LVI. No one denies that the offense is the one that leaves a mark for Cincy, but this is a well-rounded and well-coached club that has exceeded all expectations.

More BuzzChomp: Snowpiercer is back in Season 3 with a Resurrection

The Los Angeles Rams haven’t necessarily exceeded expectations, but they are sure lucky to be here. Los Angeles went all-in in recent years unlike pretty much any other team in the league. It traded away all draft capital it could to build a win-now club. After getting a quarterback that could presumably push them over the top, they weren’t done, still acquiring former Pro Bowlers on both sides of the ball during the season. The ultimate goal is this, Super Bowl LVI in Los Angeles, so all those moves paid off. The Rams are now the second team to ever host the Super Bowl, following in the Buccaneers footsteps. Ironically, they will be the road team for this matchup with the Bengals.

Will homefield advantage mean anything in Super Bowl LVI? Can the Bengals complete a seemingly impossible run to a championship? None of that matters, because we are picking with the spread. Who do you trust, as Dan and Todd both love the points in the final game of the season. We also pick the Over/Under to round out Super Bowl LVI. Each week we selected two games against the spread and now there’s only one game remaining. These are your best picks against the spread.

After a first weekend of blowouts, things have been as close as they can be in the later rounds of the postseason. Taking the points would have paid off again last week, as both underdogs covered, though San Francisco did not win the ballgame. I’m sticking with the underdog in this one, especially if I am getting more than a field goal.

After opening as a 3.5-point dog, Cincy is now getting 4.5. I can’t imagine the line will get much higher. In fact, it could go back down as the countdown to gameday continues. I’ll hop on at +4.5. It’s hard not to feel good about backing Joe Burrow. I’m not with all the folks who are suddenly anointing Joe Shiesty as the one QB to build a franchise around, but he sure feels like the guy you want to ride for this postseason. The numbers are not outstanding, but the play has been. I thought the Bengals would lose rather comfortably last round, and for the first half, I looked pretty smart. Then, Joe Brrr outplayed Mahomes and, despite having terrible nicknames, brought his team to the mountain top.

Also on BuzzChomp: Boba Fett and The Mandalorian have the Darksaber

The Rams are obviously playing good football as well. Their run defense won last week’s game. They will need to focus much more on the pass defense this time, perhaps leaving the door open for Joe Mixon to have a big showing. I worry about the Rams’ front against Cincy’s offensive line, but the Rams have had trouble putting opponents away in every scenario. 4.5 points buys me a buffer of the Bengals losing but still covering.

The Bengals have been an easy cover for weeks now, so I’m not backing off their bandwagon. Burrow was sacked nine times and they still won. No matter the score, Cincinnati has kept every game close and obviously won up until now. They are not going to win Super Bowl LVI in Los Angeles, because playing at “home” is too big an advantage for Los Angeles. But the Bengals are surely covering.

How do I know this will be another close game? Why did I pick the Under? I noted how the Bengals won, despite failing to protect Burrow in the pocket, or play significant defense. They did just enough, which was more than enough to win each round. The Rams have played much of the same. Rather than come back from a large deficit, they gave up a huge lead. Stafford tossed several of the worst interceptions imaginable and his team still won. They could not get anything going against San Francisco, yet their defense put them in position to win, which they did. These two teams are winning the same way. Neither is going to give up more than 21 points and neither is going to go down easy. Close game, covered by the Bengals.