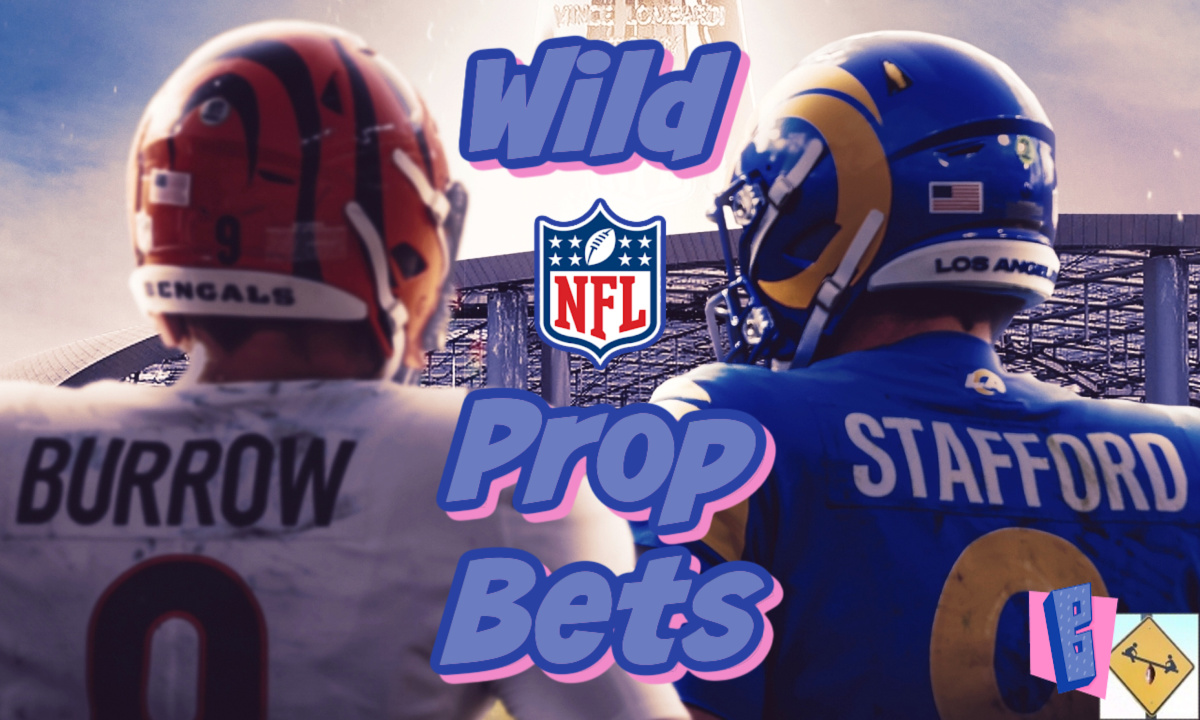 Everyone knows the best part of Super Bowl 56 is not the game, the wings, or the party. It’s the wild and crazy prop bets just itching to drive you crazy! We picked out 10 bets you won’t believe and how to bet them to win.

As Super Bowl 56 approaches, we have already made our picks against the spread and the over/under. Now for the real meat of betting the big game, prop bets! This is an interesting matchup to say the least. No one expected these two teams prior to the season and few would have picked them even once the playoff field was set. Los Angeles versus Cincinnati has a slew of blue-chip players, massive talent at the skill positions, and oodles of options for prop bets. Here are our favorite prop bets for the Super Bowl, starting with some non-football picks.

More BuzzChomp: Snowpiercer is back in Season 3 with a Resurrection

Ten Super Bowl 56 prop bets you won’t believe, along with the best rationale for winning money on them. Will Eminem get censored? How about that coin toss, or the best odds for MVP? Out of the hundreds of possible wagers, these are the best and most wild. Each week we selected two games against the spread and now there’s only one game remaining. These are your best Super Bowl 56 prop bets.

Will any part of Eminem’s performance be censored?

Todd Salem: Eminem is a seasoned performer. Very seasoned. He’s an old man at this point! He knows what the deal is and has been performing with radio edits or for certain audiences for decades. His songs all have alternate lyrics for the necessary crowd; all the top guys do that. So why would this show be suddenly different? And I’m getting +135 odds? Thank you very much.

How many commercials will have a dog in them?

Also on BuzzChomp: Boba Fett and The Mandalorian have the Darksaber

Dan Salem: Dogs were already a popular commercial fixture of the Super Bowl prior to these past two years, but now more than ever people own dogs. It’s like every other person I know got a dog during the pandemic. More household dogs means more dogs in Super Bowl 56 commercials. I’m taking the over on this one. Dogs are cute, funny, and more relatable than ever before.

Will the halftime show have professional on-stage dancers?

Todd Salem: I also cannot believe the odds are so favorable for the NO in this option. Which of the halftime performers is going to be trotting out a dance troupe?? It certainly won’t be Eminem or Dr. Dre. Kendrick Lamar and Mary J. Blige would surprise me as well. The only one who could break this one is Snoop, depending on which direction he goes for the performance. But with so many other performers squeezed up there, I say he leaves the on-stage dancers on the cutting room floor.

What will be the result of the opening coin toss?

Dan Salem: This is a favorite bet of mine, because only a masochist would bet on the coin toss. There is no skill here and everyone has a 50/50 chance of winning or losing. I always pick heads and am right at least half the time… see what I did there? If you want to go boom or bust, then take this bet. You will either be very happy or extremely sad for the remainder of the game.

Todd Salem: For some actual football picks, my two favorite MVP selections are two Cincinnati skill guys. We know the odds for either quarterback are trash. The odds for Chase and Mixon are simply splendid. If Los Angeles tries to take away the Cincy pass attack, Mixon could go off. If not, Joe Burrow will constantly be looking for Chase. Pairing a Chase MVP pick with the next bet is something I really like.

First Drive Result for the Bengals:

Dan Salem: Cincinnati has a tremendous offense and I believe this will be a back and forth football game. Both teams strike early, then the defense steps up, with more fireworks in the fourth quarter. All of that means the Bengals first drive of the game is everything they want it to be. Cincinnati scores a touchdown. This team doesn’t punt very often, even if the odds say otherwise. With decent odds, I’m backing a touchdown to start the game for the Bengals.

Todd Salem: If you’re on board for the plausibility of a Chase MVP run, he is definitely going to out-perform his LA counterpart. Kupp is going to be the complete focal point of the Cincinnati defense. That doesn’t mean it will slow him down; most teams still don’t. But Chase is capable of besting Kupp on any given day regardless. He is that talented. And parlaying this with an MVP bet, or simply wagering on both, feels like a smart placement of funds.

Todd Salem: On the rushing side of things, Mixon has an easy leg up in this head-to-head comp. I like throwing him into the MVP race for similar reasons. He is the only guy in the Cincy backfield. For the postseason, Mixon has 52 rushing attempts. No other running back has taken more than two carries. Second and third in rushing attempts are QB Burrow and WR Chase, respectively. Mixon hasn’t yet found a ton of operating room, but the volume will be there. We can’t say the same about Akers.

Not only has Akers averaged fewer yards per carry than Mixon; he is also sharing the LA backfield with Sony Michel. The entire LA offense has struggled on the ground, but the reason Akers normally has the top role is because of his versatility in the passing game. That doesn’t factor into this wager. Maybe some folks think Akers is the more talented player, but he should have harder sledding and less of an opportunity than Mixon.

Dan Salem: The Rams won through the air this season, so call me crazy to think they will score their touchdowns via the pass in Super Bowl 56. Defensive touchdowns are rare and Los Angeles did fine running the ball, but they score when Matthew Stafford throws touchdown passes. I’m taking the UNDER with the final score, but that still equates to three touchdowns per team. All three for the Rams will be tossed by Stafford.

Todd Salem: Let’s keep following along with the same line of thought. Focusing on Kupp and going all-out to contain him opens the door for Beckham to have another big game. Beckham has been rejuvenated as a member of the Rams. He had five touchdowns in eight regular-season games with Los Angeles. And in the playoffs, he added another touchdown and has seen his yardage total increase each round. He is Matthew Stafford’s second option in all scenarios and should find a lot of open grass in this game if the targets come his way.