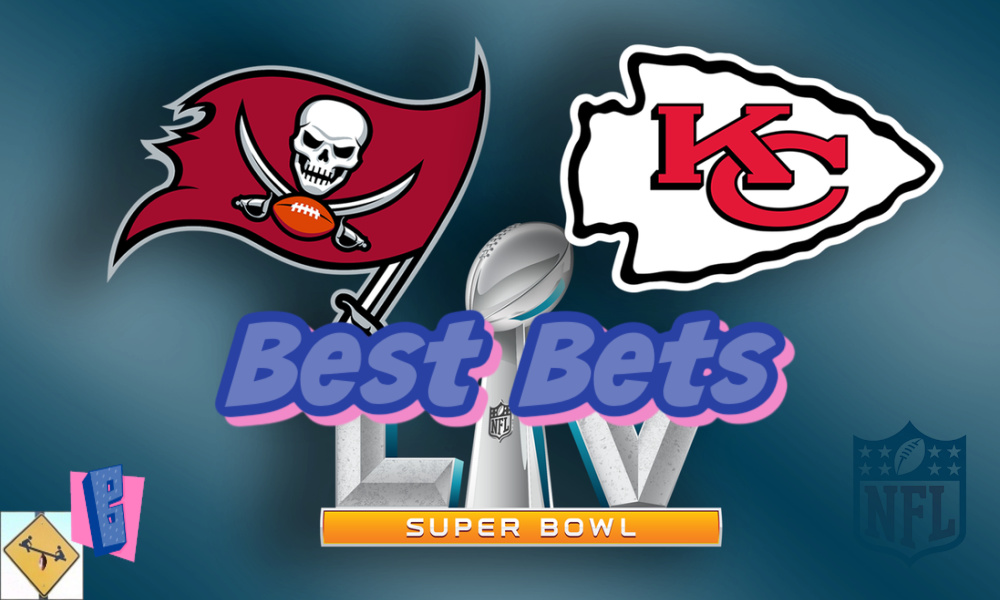 Super Bowl LV is upon us and the smart money unanimously agrees. Offense is winning this championship. Dan and Todd have your best ATS pick and Over/Under sure thing.

For the first time in history, a team will be playing a Super Bowl in its home stadium, as the Tampa Bay Buccaneers host the Kansas City Chiefs. This should afford Tampa Bay, well, pretty much nothing. There will not be the comfort of preparing for the game at home. Between media, interviews, events, and the like, preparing for Super Bowl LV is anything but comfortable. Although, all that may be toned down because of the coronavirus. Maybe. Playing at home could make this even worse than normal in terms of requests from businesses and companies in the area.

There will also not be the benefit of a home crowd. So many tickets are corporate giveaways and business expenses that the cheering crowd is famously underwhelming in the biggest game. It’s unclear how much of a normal Super Bowl crowd would otherwise be slanted toward the home team. This year, there won’t even be much of a crowd allowed.

More BuzzChomp: Predictions for Season 3 of His Dark Materials

For those reasons, Kansas City is marked as a field-goal favorite despite being the road opponent. We will address some of our favorite prop bets next week, but first we get down to the basics: pick against the spread and over/under. Fortunately or unfortunately, we’ve formed a unanimous decision. All lines come via Odds Shark, which compiles the complete list of Vegas Sports Book betting lines.

This past season was the highest scoring season in NFL history, and it wasn’t particularly close. Teams scored, on average, 1.2 more points per game each than they ever had in any other season. That’s nearly a field goal more per game, every game, for the entire season. These two offenses are also two of the best the NFL has to offer. TB and KC each ranked in the top seven in points scored, yards per play, and expected points. That was a long way of saying I’m taking the over.

As for who will win, this is a tougher decision than I thought it would be, mostly because Tampa Bay has put me in the same exact spot it put me last week when my selection backfired. For the second straight week, the Bucs are coming off a win where Tom Brady didn’t play particularly well, but the defense ravaged the opponent with pressure and/or turnovers to win the game. And much like I said last week with Aaron Rodgers, how can the Tampa defense possibly pull off the same thing against Patrick Mahomes and Kansas City? Sure, maybe you can wreck a washed Drew Brees with turnovers to overcome Brady’s inconsistency, but that won’t work against Rodgers. Sure, maybe you can beat Rodgers down with endless pressure, but that won’t work against Mahomes…

Also on BuzzChomp: Locked Down is the Anti Heist Pandemic Comedy

Tampa has the better defense and better running game in this matchup, and those are huge assets. And yet, the line feels much too small to not pick KC to win and cover. This is the most prolific attack we have in the sport. The Buccaneers have impressed me this postseason with how they keep finding new ways to dominate, but KC has kind of flown under the radar because we all expected it to be here…and it is, after a demolition of its conference championship opponent. Just because it was expected doesn’t mean it should be overlooked.

For the third straight postseason game, Tampa Bay is a three point underdog. I backed them the first time against New Orleans because I believe that if both teams appear even on paper, then take the points. Plus, Tom Brady with his mythical chip on his shoulder that always seems to materialize in the playoffs is someone you rarely if ever want to bet against. I used the same philosophy in the championship round and backed the Bills, but their defense was not strong enough. Buffalo could not keep up and taking the points was a mistake.

The Buccaneers showed us that they are most certainly even with Green Bay and their defense was up to the challenge. But here’s the real deciding factor. Brady tossed three interceptions and yet the Packers were unable to capitalize. That was the difference in the game. Tampa’s defense stopped the bleeding multiple times. Does anyone honestly believe that Mahomes and Kansas City will come up short multiple times in the Super Bowl? I sure as hell don’t.

This is not intended as a knock on the Packers, but they are not on the Chiefs’ level in terms of consistent dominance. Green Bay dominated bad teams all year and played the good teams close. Kansas City has simply dominated, Raiders aside. Much like last round, I don’t see a field goal deciding Super Bowl LV. The championship will be won by at least a touchdown. Sure, Tampa has the better defense, but offense is winning this championship. Offense has been the story of the season and there’s too much of it here for that narrative to change. While it pains me to lock in our picks as a unanimous decision, the smart money is on Kansas City -3 and the OVER.