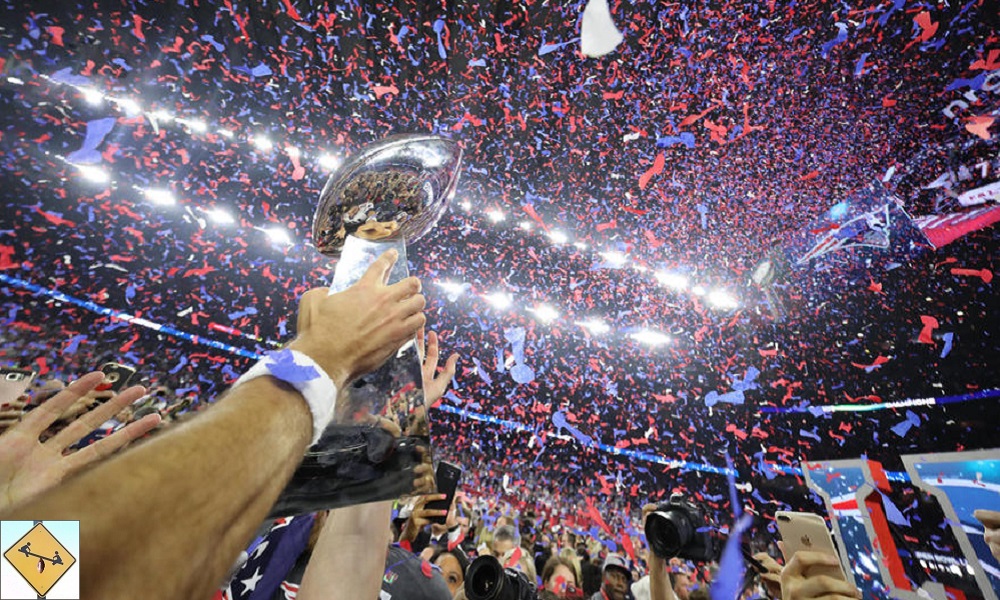 This is your Super Bowl 52 sports quotes challenge! We at BuzzChomp love the big game, so we’re challenging you to guess which champion said THIS. They said what?

They Said What? Sports Quotes challenge is back, celebrating Super Bowl 52. The rules are simple. One person supplies a sports quote, either said by a sportsman or spoken about sports. Three clues are supplied as to who the speaker is, and the other person has to guess who uttered the quote.

Dan Salem: My follow up quote is from the world of football. With Super Bowl 52 on deck, can you best me in our sports quotes challenge? The Eagles and Patriots will face off on the field, but the real action is always at media day. Quotes like this are why we’re fans.

I’ll begin with one quote for fun, simply because I love it. But trying to guess who said it would be like literally breathing underwater. I just don’t see it happening.

“The Super Bowl is like Christmas shopping at Macy’s for bookies.” Larry Merchant said this in 1971 and its even more true today. Now for your real quote.

Hint One: Much like your quote from Monday, this was uttered by a man with an incredible nickname all his own.

Second Hint: He is a former NFL player and coach who actually coached the same team he played for.

This one is giving me lots of problems. Winners of four Super Bowls certainly limits things…though you don’t say whether those wins came as a player or coach or combination of both. I assume the latter. Also, the Super Bowl is only 50 years old, so for someone to win that many times while also being a coach in the league would seem to be a very small community. And yet, I’m coming up blank, even before considering those with legendary nicknames.

Bill Parcells hits the nickname requirement and has a number of rings to his name, but I don’t know if he ever played in the league. I would be surprised if he did. Someone like Art Shell or Mike Ditka played and coached for the same team and won at least one Super Bowl, but has no famous nickname to speak of. I am left at a loss for better options, so I’m forced to go with the one coach I can think of with the incredible nickname you hinted at. The Tuna, Bill Parcells is my guess. Let’s hope he made the league in some fashion years prior.

You were spot on with your manner of thinking, but got caught up in what it means to be a coach. This player was not a head coach, but a positions coach for multiple teams, including his own. He played his entire career for the Pittsburgh Steelers and later coached their defensive line, before moving on to coach the defensive line for the Miami Dolphins. He ended his NFL career as an assistant with the Arizona Cardinals.

There are few players with incredible nicknames, but “Mean” Joe Greene is certainly one of them. He is the correct answer, having won four Super Bowls with the Steelers.

I am playing this round under protest.