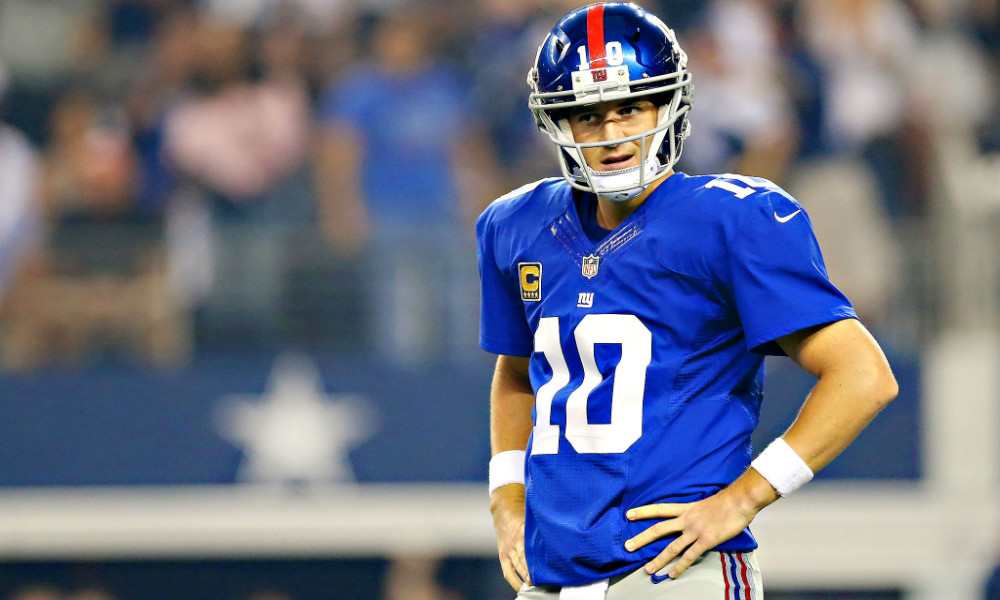 It has been two games and two wins in the early going of the 2016 NFL season for the New York Giants. However, despite that success, we still aren’t sure if the Giants are a good football team.

The results are inconclusive at best and misleading at worst for the New York Giants. And NFL Week 3’s matchup with the winless Washington Redskins will not clear up that picture.

A one-point win in Dallas in Week 1 was a great way to start the season, but it didn’t tell us a whole lot. New York was going against rookie quarterback Dak Prescott in his first career start. Even so, Prescott looked solid, completing a large percentage of his passes in the early going of the game. The Cowboys’ offense was thwarted outside the 20’s and Ezekiel Elliott did not start as well as his rookie backfield counterpart. The Giants, though, didn’t get much pressure on Prescott all game, totaling just three quarterback hits and zero sacks. It wasn’t a flawless performance for the Giants’ defense by any means.

ALSO ON BUZZCHOMP: What We Wanted to See at the Emmys

On the other side, New York really struggled with the football. The Giants turned the ball over once, fumbled another time and punted five times in the contest. Against a very weak Dallas defense, it was not the exceptional execution Giants fans were expecting, though punching it in for three touchdowns on the day was enough to secure a victory in the end.

In Week 2 against the New Orleans Saints, that worrisome offensive performance continued against what should have been another poor and porous opposing defense. This time, the Giants turned the ball over three times and settled for four field-goal attempts. It was an all-around sloppy and underwhelming offensive effort. There was no running game to complement the aerial attack, and Eli Manning managed to throw it 41 times without reaching the endzone. The team registered zero offensive touchdowns in the victory. The defense was once again impressive in aspects. Drew Brees was held in check and, more importantly, the Saints running game was completely shut down, reaching just 41 yards on 13 carries.

Entering Week 3 against Washington, the Giants are in first place at 2-0, but they have won by a combined four points, easily the lowest point differential by any undefeated team in the league. The more worrisome part is that the two wins came against what should have been two of the weakest defenses in the NFL, yet New York struggled to move and score the ball in both games. The supposed strength of the team, the passing attack, has been average at best. And the running game has been flat-out bad. It doesn’t help that there will likely be a change at right tackle for Week 3 with the injury/inconsistencies from Marshall Newhouse.

Playing the Redskins should certainly help the Giants. Washington’s defense is not good. (Sound familiar?) If the Giants struggle to score points for the third consecutive week against a well below average defense, what does that say about the unit? Is this really a playoff-caliber offense if that is the case? And if it can’t succeed against the likes of Dallas, New Orleans and Washington, what are the offense’s chances the following week at Minnesota?

Their 2-0 record cannot be erased. Those two wins are banked, so it doesn’t technically matter how we got there. But seeing something (anything) from the offense at this point is necessary to determine if the Giants are actually any good, or just a product of scheduling and luck.