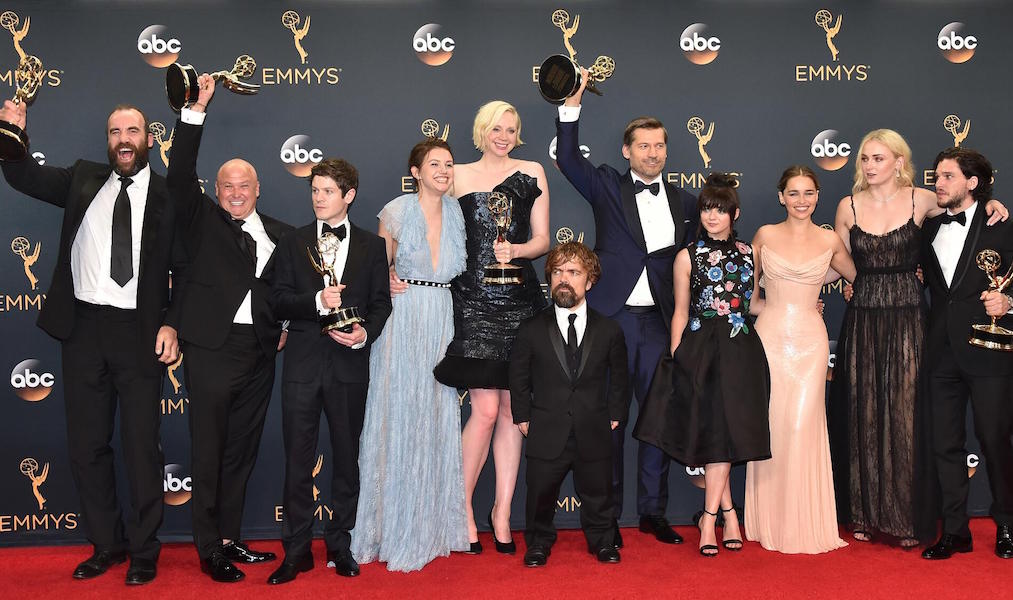 The Emmys are over. With that, we have a slew of new losers left picking up the pieces. Where do those losers go from here?

Not everyone can win an Emmy. In fact, that is essentially the point of its existence. Picking a winner forcibly leaves us left with dozens and dozens of losers the day after. Yet not every loser is created equal. Some were just happy to be there in the first place. Others can feel their rise coming even if a first-place finish didn’t come in 2016. Just as in the Olympics, the hardest spot to be in is the hypothetical silver medal where victory is so close yet not meant to be.

Black-ish, Master of None and Unbreakable Kimmy Schmidt all lost, and probably rightfully so. Nevertheless, none of the three will feel discouraged. Success was being nominated in the first place for these up-and-comers. They aren’t even looking for a next step. Being considered among the top half-dozen shows in their genre is the win they were looking for and will continue to search out.

ALSO ON BUZZCHOMP: The Dumbest Quote of the NFL 2016

On the other end of the spectrum Modern Family isn’t too upset with a loss either. It had its moment, which has since passed. Modern Family is on the back nine of its career arc, still churning out quality programming but no longer in that upper echelon of comedic taste. As long as it is able to remain a nominee, it will cherish that time.

Here is where we get into the disgruntled losers: Silicon Valley and Transparent. Both have made huge strides culturally and in popularity, yet there seems to be no end in sight for Veep’s dominance. Why should either program suddenly become better than Veep unless the latter steps down? These three shows are essentially on the same career trajectory, with Veep having just a bit of a head start. They are the Mookie Betts, Jose Altuve and Mike Trout of comedy. The first two are great and have an argument for being the best player in their league…except Mike Trout is in their league, and he is just plain better.

In drama, Downton Abbey fills the Modern Family spot as an elder statesman happy to be involved as long as it can (though Abbey is obviously hanging up the cleats). The Americans, Mr. Robot and Better Call Saul are the newbies happy to be involved. All three, to varying degrees, fly under the radar of ratings and mainstream popularity. Their biggest defenders live on the internet and may not be real people. This year, a loss wasn’t a big deal. If any of the three continues on its critical warpath and remains steady at its current quality, it will want to turn that nomination into a win within the next two to three years.

The final two losers, House of Cards and Homeland, have already seemingly passed their peak, though it was a brief ascent and quick decline. There doesn’t seem to be any Emmy victory in their future unless something drastic changes both in terms of their quality and the quality of their nearest competitors.

Fortunately for all of these drama series, Game of Thrones will only be around for two more (abbreviated) seasons.

William H. Macy wants an Emmy for Shameless. He’s been nominated three straight years for the role but cannot usurp Jeffrey Tambor. He is the only lead actor in a comedy series broken up about this year’s loss and also the only one with a real resume capable of taking down Tambor in the near future.

On the drama side, we had a wide open race this year that left all losers disappointed yet hopeful for next year. All the losers know they have a shot at current king of the hill Rami Malek. He is good but nothing close to unimpeachable.

Pack it in, ladies. Julia Louis-Dreyfus is on the hunt. She now has nine Emmy wins, including five consecutively for her role on Veep. This is her category as long as Veep continues or voters don’t begin to feel complacency setting in. No one is upset with the loss because no one else expected to win. This is how fellow AL players should feel about Mike Trout, but alas, he seems to be bad at picking his teammates even though he is not and has never been employed as a general manager.

Lead actress in a drama series feels the same as its male counterpart. Tatiana Maslany is a deserving and talented winner, but no one else feels discouraged by the development…except maybe Claire Danes. She seems like she might feel discouraged by even the smallest of slights. Everyone else knows this award is up in the air next year.