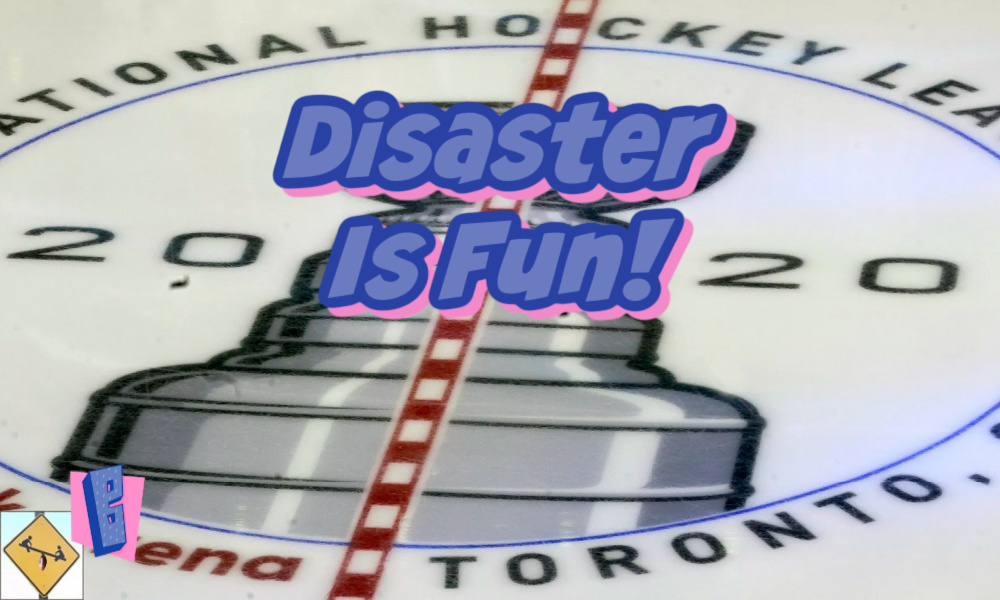 Call it crazy, because that’s what we have for the Stanley Cup Playoffs 2020. Our round robin disaster created an NHL Draft Lottery shocker, while sending surprise teams into the fight for the cup.

It is good to have playoff hockey back. I suppose we can say that much. Otherwise, the restart to the 2019-20 NHL season has not been what the league was after…to say the least. Everyone is healthy and receiving negative tests in the bubbles, so that is obviously of the utmost importance. But as far as the action on the ice, the league had some worst-case scenarios play out this past week heading into the Stanley Cup Playoffs 2020.

The 16-team playoff field is set for the march to the Stanley Cup title. That field does not include any of Toronto, Pittsburgh, New York, or Edmonton. All four of these teams were eliminated in the play-in round; some went down in flames in pretty massive upsets. This removes four of the eight or so most popular teams in the league. To make matters worse, in a normal season, three of the four would have secured guaranteed playoff spots. They were only bumped because of the formatting of the restart (and losing in that new formatting). Teams need to win to advance, but this is a blow to the league regardless.

To make matters worse (again), some of the teams that did advance are really, really bad at hockey. Or, at least, they were really bad before the season froze due to the pandemic. Montreal, who knocked out Pittsburgh, was the 24th-worst team in the 24-team restart. It was eight points worse than every other Eastern Conference team that continued its season.

Besides the Canadiens, the 23rd-worst team (Chicago) and the 22nd-worst team (Arizona) also advanced through the play-in round. The only one of the bottom four worst teams in the restart to get bumped out was the aforementioned Rangers. Lose-lose all around.

There is one final wrinkle to this year’s fight for the Stanley Cup that will make many hockey fans furious. Because of the way the NHL Draft lottery shook out, the number one pick in the upcoming draft was won by a placeholder slot for a losing play-in-round participant. Yes, that means there is a 50 percent chance one of Edmonton, Toronto, New York, or Pittsburgh will win the ability to draft potential franchise forward Alexis Lafrenière.

Lafrenière is so good that many pundits were discussing whether purposely losing in the play-in tournament and gaining that 1-in-8 chance of drafting him would be a better strategy than actually trying to win the Stanley Cup Playoffs 2020. As USA Today bluntly put it, those are the four most undeserving teams in the second phase of the draft lottery to win such a “consolation” prize.

All hockey is good hockey at this point in our continued fight against the coronavirus. Draft storylines like this are fun too, regardless of the turnout. But boy did the league catch some bad breaks with how these outcomes turned out.

I must seriously consider the fact that at least one of those four teams who were “shockingly” eliminated from the Stanley Cup Playoffs 2020 round robin was in fact tanking. If the top pick is such a franchise-altering player, then OF COURSE teams will want to do everything in their power to draft him. If you had zero shot at the number one pick prior to the pause and restart, then you MUST seize this unique opportunity to get that pick and draft Lafrenière. Tanking becomes a legitimate strategy, because winning this crazy-as-hell tournament is far from guaranteed.

All that being true, it’s equally likely that teams like Montreal simply brought added motivation to this restart. They were eliminated prior, but were given an equally unique opportunity to actually play for this year’s Stanley Cup. Just as Pittsburgh, for example, can’t pass on a shot at the number one pick, Montreal had to be through the roof when gifted a chance at playoff hockey. Now the real fun begins, because multiple “surprise” teams have seized this unique shot at a championship.

More BuzzChomp: MLB 2020 has gone Worse than Ever

Does the regular season mean diddly squat right now? Usually it’s a long slog to the playoffs. We learn early on who the best teams are and wait for them to face off in the Stanley Cup Playoffs. We KNEW who the best teams in 2020 were, but that’s no longer the case. Here in August we witnessed the top seed in each conference drop from first to fourth in round robin play. This means both top seeds throughout the regular season now have to play the best remaining playoff team from the play-in tournament. Being the best team in the league meant nothing with the restart. We truly got a clean slate of hockey.

While conspiracies are fun on both ends of the spectrum, the simplest answer is still most likely true. We did in fact get a clean slate, as everything got tossed in a blender and shot back out the other side. Teams who were out were suddenly in. Teams that were dominant no longer had an edge. Win a few games, get the momentum on your side, and watch out. We see this all the time in the NFL and MLB playoffs. The NHL saw it happen with Las Vegas during their expansion season. Now with a clean slate, we’re seeing the unexpected once again. But shouldn’t we have expected it?

Hockey is a team sport, whereas basketball can be dominated by one to three players on a team. Teams never fail to surprise us and the Stanley Cup Playoffs 2020 are up in the air. Perhaps this is actually something to celebrate. It’s indeed March Madness in August.