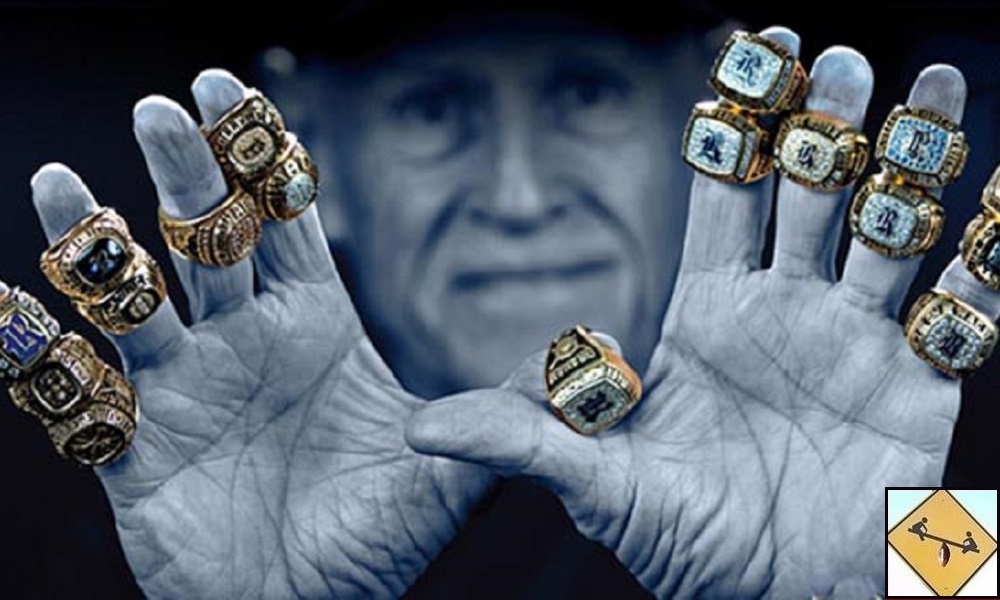 In honor of the NBA and NHL playoffs, this is the championship edition of “They said what?” Sports Quotes game. Three hints to guess who said this famous sports quote.

It is mid-May and games have reached the conference finals in both the NBA playoffs and the NHL playoffs. Championship games are just around the corner and the 2015-16 league title-winners will be crowned. With that, I thought it time to play another round of “They Said What?” championship edition.

The Rules: I offer up a quote said by a person in, or relating to, the sports world. You then are given three clues to guess the speaker. Here’s the quote, which, as you can tell, is all about winning sports championships.

“If you’ve ever won a championship, then that’s all you’re interested in doing.”

Hint One: This was said by a former professional coach.

Hint Two: He won two titles in his sport, both with the same franchise.

Hint Three: He has a famous nickname that was reportedly derived from a takeoff on his physique.

The second hint narrowed the playing field down quite a bit. If it’s not the NBA or NHL, because you are trying to ‘trick’ me unsuccessfully, then it must be from the football world. MLB has managers, not coaches, so this quote was from a famous NFL coach.

Many football coaches won multiple titles with their team, but for some reason only one man popped into my head. Perhaps it’s because we are New Yorkers, but Bill Parcells came directly to mind.

Coach Parcells has an incredible nickname. He’s known as the Tuna, perhaps because he’s quite chubby like a flabby tuna. Regardless, this quote was uttered by former coach Bill Parcells.

I didn’t intend to do two things with his round, one worked in my favor and the other did not. There was no intent to mislead the sport this came from by opening with NBA and NHL references. It’s not my fault it’s not football season! The later mention of “coach” certainly backfired. That was astute reading on your part to rule out baseball with hint one. In the end, maybe there aren’t enough famous coaches with nicknames and multiple titles to begin with. You are correct with your guess of Bill Parcells.

More to Read: Revisiting the Entertaining As Hell Tournament

After a half round the score is Dan 1 point, Todd 0 points.