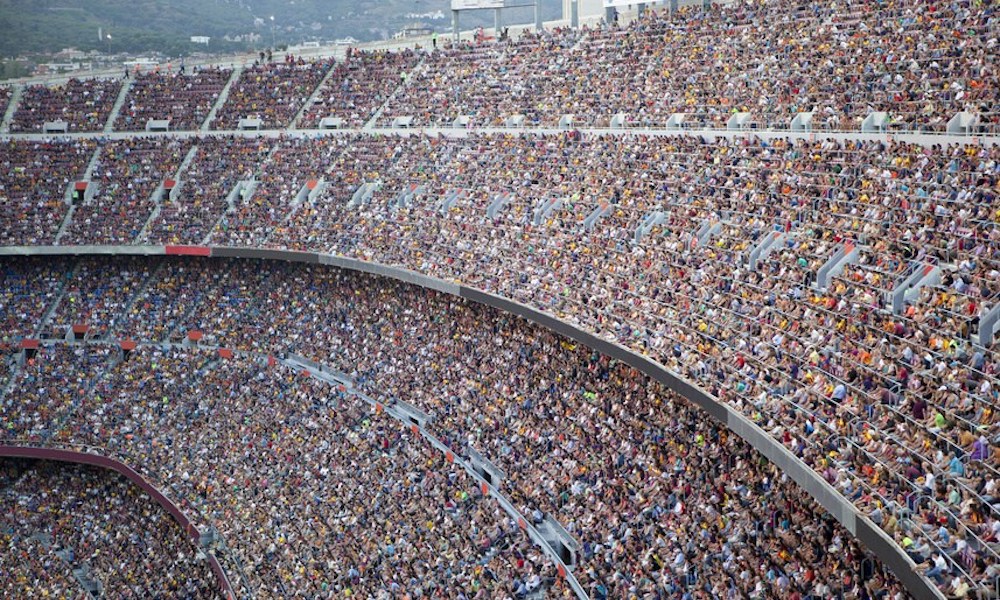 Sports fans range from crazy fanatics to casual bandwagon aficionados, but there’s one thing every one of us can get behind. The ultimate wacky fan! Prepare to meet your new hero.

Hearing about sports fans doing ridiculous things in the name of their favored teams is fairly common around the world. Streakers, brawls, taunting signage that borders the line of hilarious and offensive, and, of course, fans cooking up creative ways to enter a venue without paying for it. Or to circumvent a ban and still “enter” the venue. Yet one man is setting the bar for sports related antics!

Prepare to meet your new hero. He’s known in the local Turkish soccer community and now he’s known all over the world for his amusing antics. Named Ali Demirkaya and nicknamed “Yamuk Ali” or “Irregular Ali,” he is a passionate, hooligan-esque, fan of local Turkish soccer club Denizlispor. In fact, irregular Ali is such a dedicated fan that he earned himself a year long ban from the home stadium of his favorite team. The details surrounding this ban are undisclosed. Yet one can imagine that the level of buffoonery needs be extraordinary to earn a ban from a soccer stadium (a fan base synonymous with hooliganry) for a year.

This just wouldn’t do. How can one be a dedicated fan and not see matches live? Ali wouldn’t stand idly by and accept his 365 day ban. Instead, irregular Ali rented a crane: “The match was very important for our team. I had to go to the police station to sign a paper to show that I am not watching the match in the stadium. Then I quickly went to rent a crane.” He later said that his stunt cost less than $100, nevermind the fact that he was about to become an internet sensation. Talk about dedication, sports fans!

Technically outside of the stadium, irregular Ali hopped into the basket of the crane and had the operator hoist him above the seats, stadium walls, everything. A true bird’s eye view. One can only imagine the reaction of the stadium security personnel as they see Ali, who they must have quite the relationship with, rising above barriers both institutional and literal. On a crane. Event planning generally has hundreds of details that need to be considered and ironed out, but most events don’t plan for crane perched soccer fans. Ali defied such preparations and made his own.

Half of customers enter a business because of engaging signage and the roar of elated fans. In the case of Ali, more people came to view his spectacular fandom. As he watched the match from atop his newly rented crane, complete with team banner and flags, he got the crowd roaring for their team. It seems to have helped the cause, too, because Denizlispor ended up defeating the opposition in a 5-0 shutout that day.

Ali was eventually ordered down by the police, but not before his crowd of admirers was living for his behavior. The best part is, this wasn’t the first time he pulled the crane stunt. Back in February he did the exact same thing and, following the police telling him to get down, made jests (or were they?) on a fan blog about renting a hot air balloon or paraglider so the police couldn’t touch him. But, time was of the essence and he went for the crane again, which is likely more cost effective. Plus, once you have a reputation for crane rental, may as well keep up the modus operandi.


Is Irregular Ali the ultimate of all sports fans? Do you know another? Comment below and share with us your crazy sports related stories. We want to hear them! If you know of a dedicated fan, a la Fireman Fred of New York Jets fandom, let us know and we’ll spotlight them too! I’m not sure anyone can top Irregular Ali, but you can try! As sports fans, I’d call him our new hero!