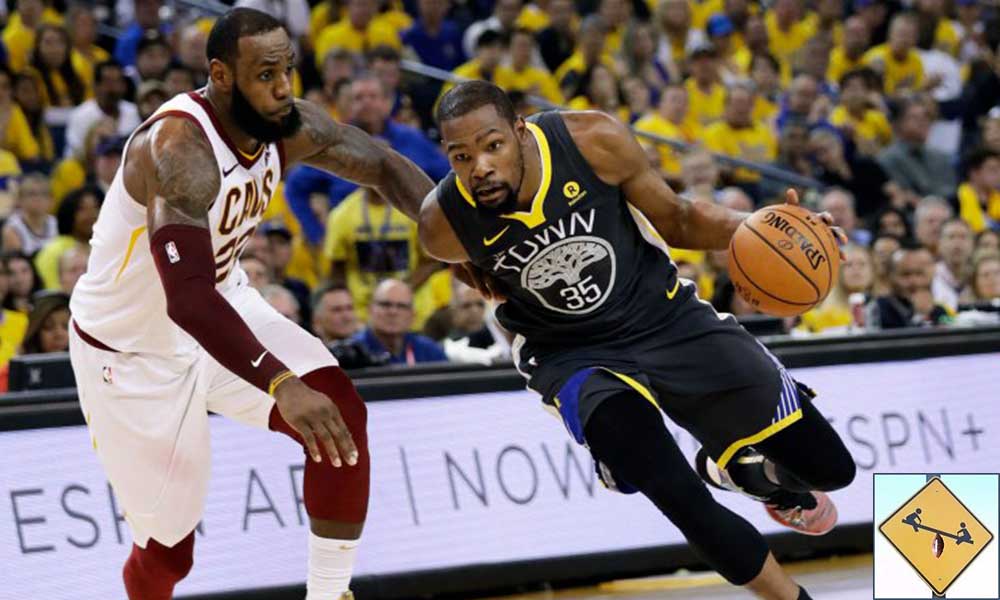 The 2018 NBA Finals MVP is certainly going to a member of the winning team, but as the Golden State Warriors inch closer to the title, who should actually win? LeBron James makes a strong case for an exception.

The Cleveland Cavaliers are not going to win the 2018 NBA championship. Maybe if game one had been refereed properly (or if JR Smith hadn’t forgotten the score), things would look differently. And we all know never to count out LeBron James, but I am counting out LeBron James even before the Cavaliers have a home game in this series.

A series loss for Cleveland, though, ultimately begs an interesting question. Should James be named 2018 NBA Finals MVP? Should a player on the losing team ever be an MVP? Shouldn’t the main requirement of someone being valuable be that they help their team accomplish its goal?

This is tricky territory to navigate, which is why such an outcome is so incredibly rare. Statistically, James is obviously a deserving candidate. He is the best player on either team, averaging 40 points, 10.5 assists, and 8.5 rebounds through two games. He is 29-of-52 from the floor and 5-of-11 from three. James is also 0-2. Maybe that final stat is out of his control, but it is also the most important stat.

If the series continues in this vein, with James being his peerless self and Golden State winning the series in, say, five games, who would you vote as 2018 NBA Finals MVP?

A lot of the media is circling Stephen Curry to win his first Finals MVP. No one in that camp, as far as I can tell, actually believes Curry is better than James. Why would they think such a thing? But Curry is playing the best of anyone on the winning team. How much does that count for in this calculation? Some would say it counts for all of the calculation!

I am not one of those people. Sorry for the slow roll. LeBron would be my Finals MVP even if the Cavaliers get swept by the Warriors. The circumstances of the situation have to have more nuance than selecting the best player on the winning team.

ALSO ON BUZZCHOMP: Arms of Steel Workout Video and Review

James did enough to win game one. That has to matter. In game two, he was again the best player on the court. I don’t care that Curry set a record for made threes. Curry isn’t the focal point of the defense because the Warriors’ depth doesn’t allow him to be. That makes success easier to find. It’s not hard to see the connection between Steph’s performance in game two and Kevin Durant taking fewer shots and making more passes, even if those passes didn’t always end up in Curry’s hand directly.

There is a balance to find for voters between essentially rewarding James for having bad teammates and determining who is the best player in the series. Again, it’s tricky territory. The inverse is the same argument that preseason prognostications use to prevent Curry or Durant from winning league MVP. They are too good collectively for one to stand out. But in a standalone series, any one player should or could stand out. That player is James.

There is time for the narrative to shift, but if things progress as we’ve seen to this point, a losing James is still the Finals’ most valuable player; failed team objective be damned.

Until this series is actually over, I refuse to declare a winner. A sweep would shock me, despite the fact that the Golden State Warriors as a team are certainly better than the Cleveland Cavaliers. Not a single player on either team is better than LeBron James, but he is unlikely to win the 2018 NBA Finals MVP unless his team takes home the championship.

I’m not sure a player has ever won the MVP of a championship game/series in any professional sport without his team also taking home the trophy. The idea of this happening seems absurd and only starts making a little sense in the NBA when a team’s offense and defense can both run through one player. It barely works in baseball, because I can’t fathom how an offensive player would earn the honor if his team never scored enough to win enough games for the championship. A pitcher isn’t winning either, unless his team captures the trophy. Hockey has a similar issue to baseball, and football is obviously not ever going to consider this outcome. Just like the man himself, LeBron James presents us with a true exception to the proven rule of thumb that the MVP must play for the winning team.

It warms my heart that you would pick James as the 2018 NBA Finals MVP, even if his team is unable to win a single game, let alone the NBA championship. He is most valuable and stands above the rest among all players on the court. That is an unquestionable fact. It would not shock me for his Cavaliers to come back from a 3-1 or 3-0 series hole, just as they did to defeat the Warriors in round two of this epic Finals rivalry. If the NBA is rigged, then this is what will certainly transpire. The ‘new’ greatest player of all-time defeats the greatest team of this generation by coming back like no other team has in history, to win game seven in epic fashion. This feels like wishful thinking, but what else do we have!?

I cannot bring myself to vote LeBron the MVP if he cannot bring a championship back to Cleveland. He may be most valuable and he may be the best, but how valuable is he if it wasn’t good enough to win? Isn’t that the entire point of playing? To win the game. Not to be the best asset to your team, but to be the best player to help your team win. An MVP of the regular season is vastly different, but in terms of the NBA Finals, we must pick from the winning team. Winning the championship is the goal, so if you failed to help your team reach its goal, you were not valuable enough. Currently Stephen Curry is leading the MVP voting for Golden State, but I’m putting my money on Kevin Durant to win the MVP if Golden State captures another NBA title. He is the better player on both sides of the court.

Doing some basic, unregulated research, an MVP has come from a losing team only once in most sports’ histories. Hockey is the exception. It has happened a few times because (A) the Conn Smythe is given to the MVP of the entire postseason, not just the Finals, and (B) it’s easy (easier) to see a hot goalie falling victim to poor support but still being deemed the most valuable player. In basketball, Jerry West was the lone player to do it. He took home the 1969 MVP despite losing the series in seven games. This was the first year the Finals MVP existed as an award. Also, allegedly, MVP voters chose West in this spot before the seventh game was played. If that was also true, West hardly belongs in this category at all.