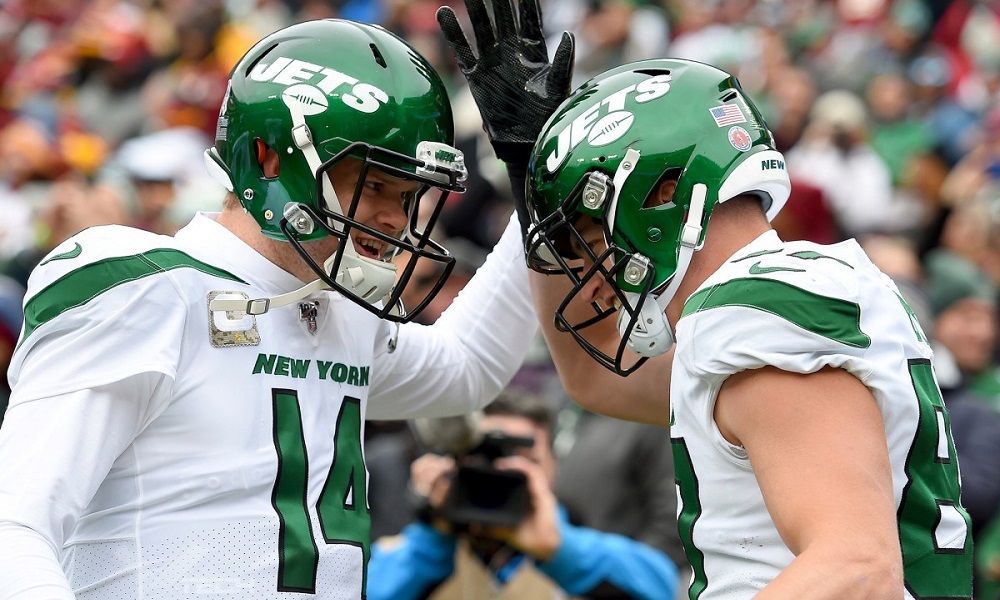 Some bumps were to be expected, but Sam Darnold is every bit the leader we deserve. The New York Jets will never be the same.

Am I seeing ghosts?  I think not!  Sam Darnold played his best game as a pro and the New York Jets defeated the lifeless Washington Redskins 34-17 last Sunday.  Don’t let the score fool you, this game was a blow out.  The Redskins added garbage time points to cut the lead, but this game was all but over at halftime. The Jets marched down the field with under two minutes left in the half to add an extra touchdown.  Thank you Sam Darnold.

Don’t look now, but New York’s offense seems to be clicking.  Is this a product of playing two of the worst defenses in the league the last two weeks?  Maybe. But as I always say, you have to beat the teams you have to beat.  Darnold threw four touchdown passes to four different receivers and is looking like he’s moving in the right direction.  We are now seeing the leader that our team so desperately needs.

A few weeks ago, Darnold was a complete mess.  Reports are that he and head loser coach Adam Gase had a “discussion” about how the offense was being played.  Since then, Sam has thrown for five touchdowns and only one interception.  More importantly, he’s notched two wins for the Jets.  Darnold is using his legs more, moving the pocket to buy time, and spreading the ball out.  This is causing confusion for defenses and New York is capitalizing.

Another bright spot for the Jets is the emergence of running back Bilal Powell.  I’ve said for a few years in the podcast that when Powell is going, the Jets offense is too.  Once New York re-established him into their offense, the impact was immediate.  Pressure has been taken off of Le’Veon Bell, who still is having trouble finding holes to run through the Jets sub-par offensive line. Now the running game seems to be gaining some momentum. This is huge for everyone, especially Sam Darnold.

Also on BuzzChomp: MLB Scandal is best thing for baseball

We can’t talk about this Jets win without also praising the defense.  Yes it was against Washington, who clearly picked the wrong quarterback, but New York’s defense was buzzing.  They generated six sacks and made plays all over the field.  Jamal Adams looks like a transcendent defensive player and is flying everywhere, recording another three sack game. Keeping his is crucial to this team’s longterm success.

So here’s the deal; two wins in a row are great, but next up are the Oakland Raiders who are not nearly as bad as people predicted.  Oakland has a solid running game and passing game.  The Jets defense will need to be on their toes to stop rookie sensation Josh Jacobs.  New York currently has the best running defense in the league, giving up an average of 79 yards per game, so they can do it. Darnold will need to be every bit the leader as well.

Ultimately, the Jets success comes down to offense.  Can this offense continue putting up points and spreading the ball?  As long as Sam is turnover free, this team will win.  The streak continues.