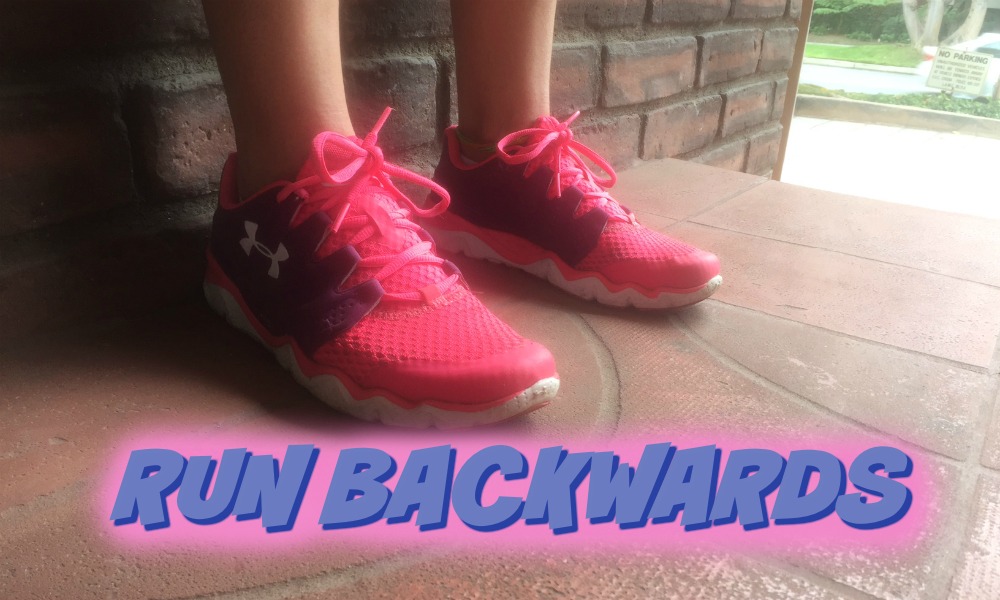 I love running routes that are some kind of a circle, because it is so easy to change them up. This week I ran my normal route backwards and it was incredible!

There have been times when I’ve run portions of my route backwards, but I’d never run this particular route entirely backwards until Sunday. I reversed the whole thing and everything felt different! The first thing I realized was that the part I normally run last is actually a pretty steep incline. Normally I’m running down it and it’s the second to last leg of my route, followed by a bit of an incline at the end. Starting off with that decline was nice, but then I hit that very steady incline which did not let up.

The incline surprised me because I wasn’t expecting it. I never realized how challenging it would be. Thinking back on the run, I’m not sure why this section of my route never registered to me. It’s probably because it was almost the end and I knew I had one last incline to go. But switching the direction made this my beginning and I really had to push hard for the first third of my run.

ALSO ON BUZZCHOMP: Finding your Perfect Running Shoe is Easy!

The differences always surprise me when I do a portion of my run backwards. My route heads through a beautiful section of Brentwood and in reverse I noticed houses I’d never truly looked at before. I also appreciated the terrain so much more. My runs are always hilly and I know this, but during my backwards run I really had to push up those hills. My body wasn’t expecting them, which was an extremely nice change!

Sunday’s run felt much harder than it normally does for me. I love that! The distance was the same, but it switched things up for my body. Every hill was more intense. I even felt the slight inclines more than I usually do. I really didn’t think they would affect me this much when I started. I just thought going in reverse was something fun to do. My man suggested it and it definitely wasn’t something we’d done recently, let alone this route completely backwards. I’m so glad we did!

It truly is imperative to continually switch up your runs. I’ve written about this before, but it’s so easy to become stagnant and complacent with your runs. Personally, I find this happens a little at a time and I end up slowing down. I end up taking it easy unnecessarily, which I don’t want to make a habit of doing!

I aim to embark on a new run, or switch up my route, pretty frequently. Because of this, I have many different routes in my arsenal of runs. I always like to do at least one longer run per week, if not more. This in particular has helped me consistently switch it up and meet my goal of 30 miles a week!

By running one of my normal routes backwards, my body got so much more out of it. It was like doing a brand new run, one completely unknown to me. Plus it’s fun and always feels like an adventure. It keeps me coming back for more and keeps me craving a switch up!

More From Mandi: My Pregnancy Fitness Journey – The Changes I’ve Made!


Try running your normal route backwards. It will completely surprise you and your body! It’s as much a mental gain as a physical gain kids! Keep changing it up and always be running.