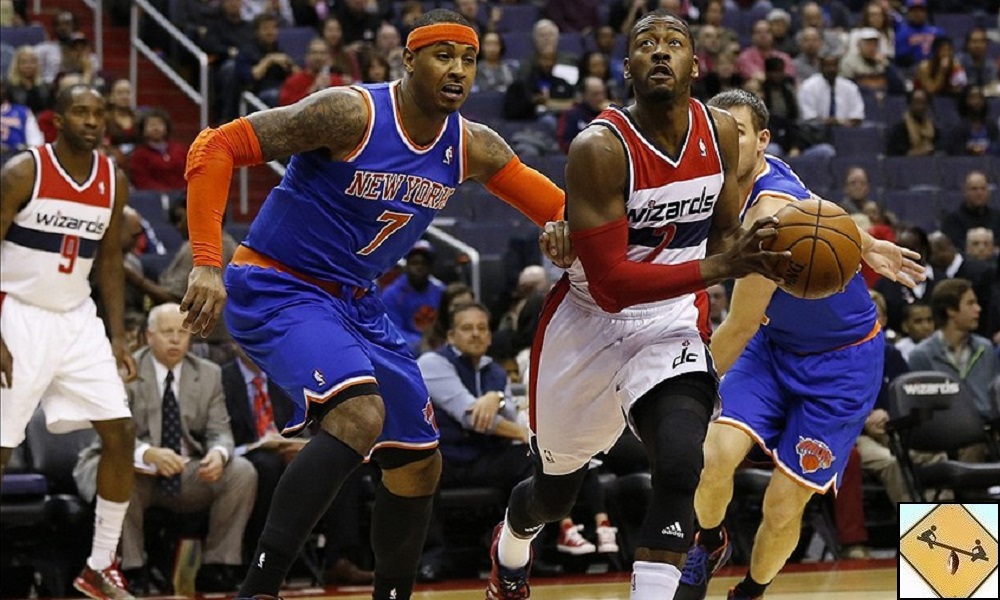 The top teams are obvious, so who are the biggest sleepers in the East and West this NBA season? Knicks, Lakers, Pelicans and more? Only five teams stand out. NBA Predictions 2017.

The NBA season begins anew next week. We know the Golden State Warriors are going to win the 2017 NBA title. We know they will play the Cleveland Cavaliers in the finals. That much is settled. The rest of the season is still up in the air though! According to odds at the Las Vegas Westgate Superbook, the San Antonio Spurs are the only other team in the league with title odds smaller than 20-1. Damn, how about we make our own NBA Predictions 2017?

After the top three is where things get interesting. The Western Conference seems pretty top heavy this season but could have a deep bottom of the playoff picture. Out East, there seem to be as many as eight teams that could finish anywhere from fourth to 11th in the conference. I’m not sure if those teams are good or bad or just not as good as Cleveland, Boston and Toronto.

Who do you like out of these lesser contenders in both conferences?

Atlanta, New York and Chicago get the most love in the Eastern Conference, but I’m not a huge believer in any of the three. I think that positioning has more to do with name recognition and gambling volume than talent and expected finish. To me, the next three teams on the Westgate’s odds listing are much more intriguing in terms of a playoff ceiling.

ALSO ON BUZZCHOMP: What is Saturday Night Live Doing to its Cast?

All of Indiana, Detroit and Washington have superstar talent and interesting seasons ahead of them. Paul George, Andre Drummond and John Wall are each All-NBA talents at their respective positions. Indiana has put a weird roster around George in its attempt to play faster on offense this season. The Pacers may have sacrificed defense in return. Drummond and the Pistons should be good on defense but will need more shooting. Wall and the Wizards could be good enough on both ends if people play like we thought they would last year…instead of how they actually played last year.

In the West, Utah and Minnesota are everyone’s sleeper darlings for obvious reasons. They are both young teams oozing talent at multiple positions. But I think people are actually sleeping on the New Orleans Pelicans. A bad last season threw fans off their scent (a la Washington in the East). They don’t have enough healthy guards and may not have enough talent, but they do have Anthony Davis and brought in a number of rangy wing defenders this offseason. If rookie Buddy Hield becomes a shooting star, the Pellies are squarely in my sleeper darling corner. If reclamation projects Terrence Jones and Lance Stephenson actually become reclaimed, the sky is the limit.

Of course, that sky is fourth place after Golden State, San Antonio and the LA Clippers; just so we’re clear.

Let me clear one thing up immediately. The Cleveland Cavaliers will be repeating as NBA Champions, defeating the Golden State Warriors for a second straight season. After that we have a bevy of talent that could derail either favorite in the East and West. Boston is a true sleeper to take down the Cavs, but not a sleeper team by any means. The same goes for the Los Angeles Clippers, who have a sleeper’s chance of toppling the Warriors. So who are the real sleeper teams in the Eastern and Western conferences this season? I’ll name two apiece.

In the East I love the Wizards to bounce back, just as much as I love the New York Knicks to get over the hump. If Derrick Rose returns to even 75% of his former self, then New York is going to be very good. Carmelo Anthony still has the goods and Joakim Noah is an incredible third best player. Noah is known for his defense and should be able to elevate the play of both Anthony and Rose. All of their blustering about being the team to beat certainly makes me concerned, because they are not. If their mouths stop talking and their play on the court speaks for itself, they are the East’s biggest sleeper.

Washington is also a major sleeper this season. I felt like last year was an aberration. John Wall played well below what we’ve come to expect from him and the Wizards just collapsed in on themselves. But Washington feels like a complete team, one that is certainly better than the vast majority of its East competition. Pencil them in for the postseason.

Out West things feel a bit more muddled outside of the top three. We can’t really consider the Thunder or Trailblazers to be sleeper teams, since both have been perennial playoff contenders. The two teams that feel written off, yet possess the goods to shock the league, are the Dallas Mavericks and Los Angeles Lakers. Vegas has completely dismissed them, but Dallas still has its core of talent in place. Dirk Nowitzki may be in the twilight of his career, but one more All-star season pushes his team back over the top in 2016. The Mavs were a winning team last year and are a real sleeper to overachieve in my book.

On the opposite end of the spectrum are the Los Angeles Lakers, a young team that no one will see coming. Kobe Bryant is retired, so a fresh start can finally happen under new head coach Luke Walton. You may remember him from his extraordinary run with the Warriors as interim head coach last year. A new face of the franchise will now arise for the Lakers as well, amid their ‘nobody believes in us’ season to come.

More Sports: Anyone Care about American League this MLB Postseason?


Los Angeles was very bad last year. So bad in fact that they got one of the top picks in the NBA Draft. The team signed veteran Luol Deng to play alongside Julius Randle at forward. D’Angelo Russell is at the point, with Timofey Mozgoz at center. The Lakers also have solid depth on their bench. Perhaps the team is still a year away, but it wouldn’t shock me to find them in the playoffs by the end of this season. Los Angeles is a major sleeper.