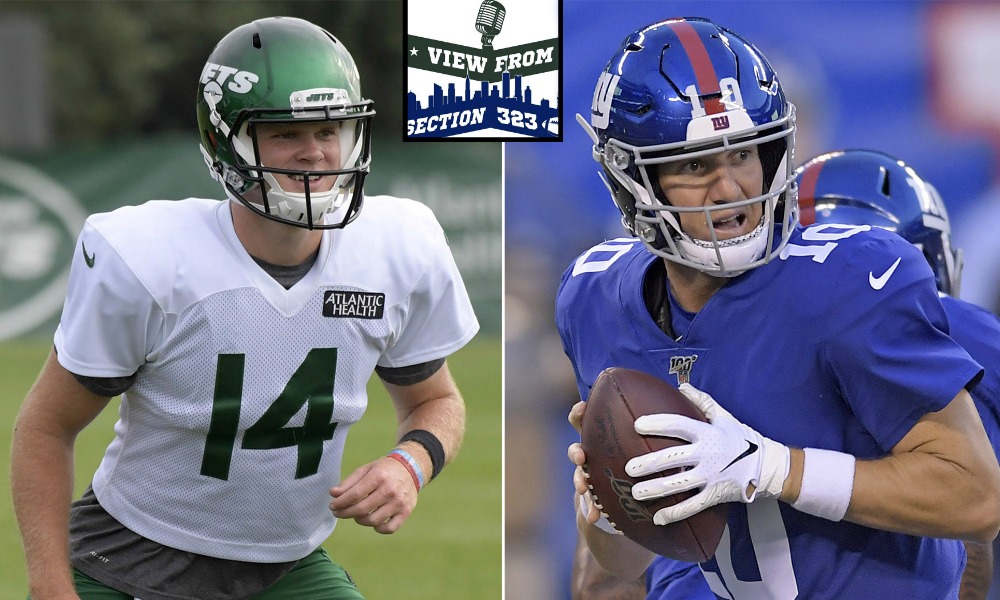 The New York Giants and New York Jets are in BIG trouble after week 1 flops. This is an R-rated podcast because NFL week 2 looks worse.

Can the New York Giants and New York Jets recover from week 1 tragedy? In this R-rated podcast the Jets get an F- grade against Buffalo, while the Giants must learn to f@cking cover someone on defense. New York football is in trouble, because NFL Week 2 only gets worse. The Jets are full of injuries and face the Browns in prime time. Big Blue gets those pesky Buffalo Bills, who just humiliated the Jets. This could get ugly fast.

NFL fans are typically vocal, but these two New York fans are worse. If an inter-city rivalry exists between the Jets and Giants, then Phil and Bud are it. The ‘Section 323’ NFL podcast covers the entire league with a New York focus. Both New York teams had potential this season, but that seems to have gone out the window already? This is now an R-rated podcast, because Phil and Bud have nothing nice to say.

Do you believe the New York Giants will rebound against Buffalo? Can the Jets survive a prime time game versus Cleveland? Both New York teams must win now if they have any hope of success, because nobody has a harsher media than the Big Apple. There are no mulligans in football.