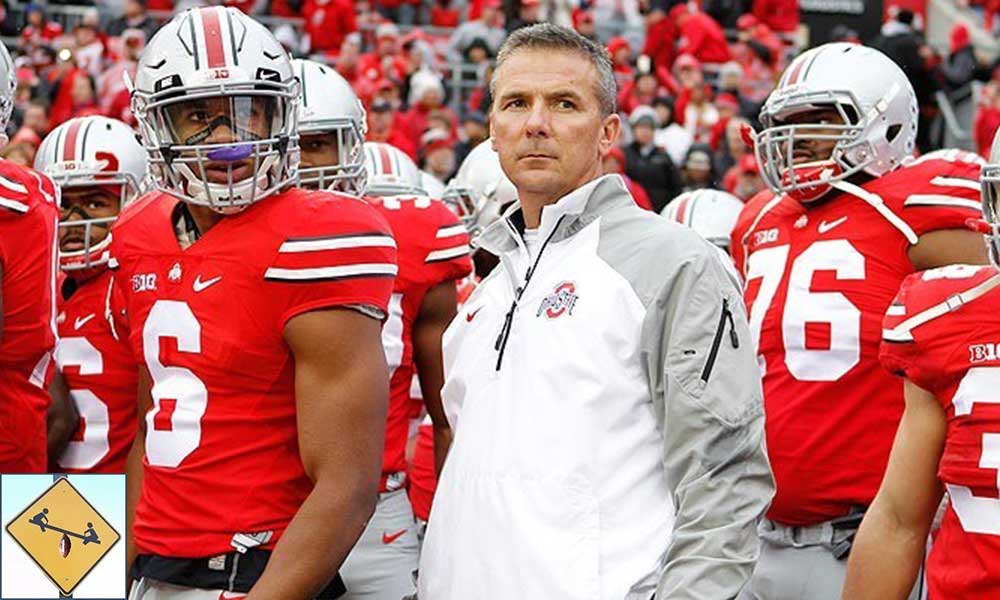 The logic behind a strong out of conference schedule is weak for teams like Ohio State. Yet they will put it all on the line against Oklahoma. Is Penn State better poised for success?

Great college football games in September are worth celebrating for sure. I’m looking at this scheduling discussion from a team’s perspective. Teams and athletic departments are always trying to find the best way to make it into the College Football Playoff. In recent years, the wave of belief that hard out-of-conference foes must be scheduled has felt overwhelming. But that only feels true for those schools whose in-conference slate isn’t strong enough.

In conferences like the SEC or Big Ten or Pac-12, scheduling tough outside your conference is a fool’s errand. Risking a loss in September isn’t worth it when an 11-1 season with a weak out-of-conference schedule will be good enough nine years out of 10. Really the only major conference in need of such risks is the Big 12, who has been left out of the CFP each of the last two years despite teams with quality resumes.

That brings us to this Saturday’s game between No. 2 Ohio State and No. 5 Oklahoma. To me, this game is amazingly valuable for the Sooners and an unnecessary risk for the Buckeyes. There is a chance Oklahoma doesn’t play another ranked team the rest of the season after this one. Some Big 12 guys will have to fall for that to be the case, but as it stands, no one in that conference is close to elite after the Sooners. They need a resume-builder. OSU does not.

Ohio State still has to play Penn State and Michigan before the year is out. So let me ask you, who you would rather be this Saturday? Would you rather be OSU, whose season is slightly on the line for no reason? Or would you rather be Penn State, who will likely cruise to a win over Pittsburgh, and cruise to another six wins before facing Michigan and the Buckeyes in the middle of the year? The Nittany Lions don’t need an out-of-conference win of note. If they take care of Big Ten business, they will make the Playoff. If they don’t, a September win over the Sooners wouldn’t help them anyway.

I agree that losses in September aren’t as crushing as losses in November. But a loss in September can never be erased when the season has ended and someone is sitting in fifth place at 10-2.

Your argument is extremely logical and sound. Ohio State has little to gain from playing Oklahoma, unless of course they need an extra victory over a quality opponent to make the College Football Playoff. If the season ends with more than four teams undefeated or with a single loss, then resumes and strength of schedule will matter an awful lot. An OSU victory over fifth ranked Oklahoma is a major boost to their resume, if needed.

Let’s assume OSU defeats Oklahoma, but loses to Penn State. If both teams have only one loss, then OSU will have the better resume, even though they lost the head to head matchup. The argument for playing stronger opponents is equally as valid, because teams don’t know how many other schools will also be on their level at the end of the season.

The majority of the time this argument does not matter. Only a few schools end undefeated or with a single loss. Padding one’s resume with quality opponents is unnecessary for teams like Ohio State, most years. There is more money to be made from big time matchups. You get better TV time and more coverage. But in terms of the Playoff, it will not help in an average season.

I would rather be Penn State this weekend and take care of business. Neither team can afford to lose, so Ohio State has created unnecessary risk. Yet as a former player, I love the confidence and ego required to set such a schedule. OSU believes in their team, so much so that they’ve challenged themselves when they didn’t have to. A victory sets them apart from the rest of college football. A loss can be overcome. Penn State can not make such a claim this weekend.