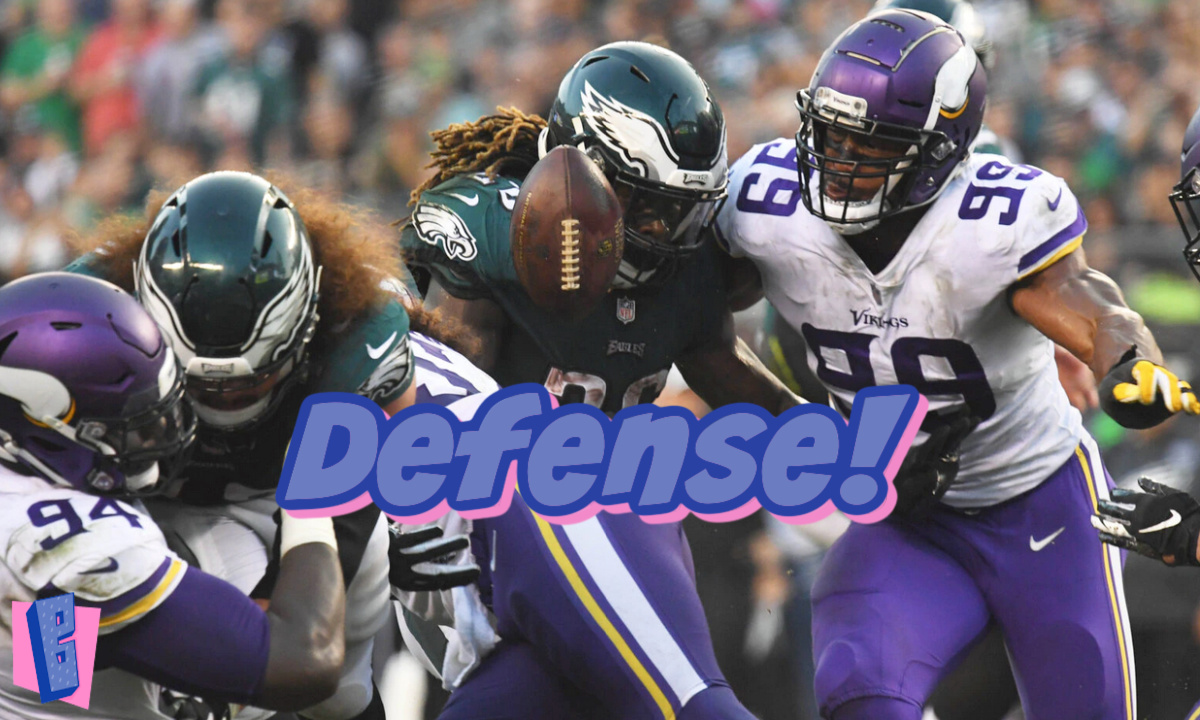 NFL offenses are running the ball in a staggering new trend that is reshaping the league. Defenses are daring teams to throw and winning the battle. It’s no wonder the NFL Playoffs picture is all about defense.

Something weird is happening this NFL season from a schematic standpoint. For the last decade-plus, the league had been trending toward more and more passing. Throwing the ball has resulted in the most efficient and effective offense league-wide. Teams pass on goal-to-go situations, in short yardage. There is no bad time to pass the ball. At least, that’s how things were before this year. Is 2022 finally the year when defenses catch up? Just look at the NFL Playoffs picture for your answer.

According to teamrankings.com, there are currently five teams in the league who are running the ball more than half of their plays. There are 11 teams over the 45% mark. If we jump all the way back in time to, oh I don’t know, last season, there were ZERO teams who ran the ball more than 50% of the time.

Moving further back in time, teams occasionally topped 50%, but in 2020, just six teams ran the ball at least 45% of the time. In 2019 just seven teams did so, while in 2018 there were also just seven teams. You get the idea. We were trending in one direction for quite a long while, and this season has abruptly reversed course.

It would be easy to say that it’s just a blip or even a confluence of events. Perhaps we have entered a rare, down season for quarterback play, forcing more coaches to turn to the run. Maybe more offenses just happen to have run-focused attacks. Those are small parts of the larger answer. The bigger picture is crystal clear; defenses have finally had enough. They are forcing offenses to run with the way they are lining up, and offenses are abiding. NFL defenses are also playing lights out pass defense, and the NFL Playoffs picture echoes both of these sentiments.

NFL Over Reaction to Week 10

Todd Salem: Shift To Running Is No Anomaly

This isn’t a perfect encapsulation of the shift in the league, since I don’t have defensive alignment numbers league-wide. Yet taking a quick glance at the percentage of times individual runners are facing eight-men boxes, we can tell that defenses are dropping back to prevent the pass. Only two runners in the entire league face eight-men boxes more than 35% of the time. Heck, the top gainer in the league, Saquon Barkley, only sees such defenses 23% of the time.

Now, the real kicker here is whether or not the teams who have bucked the trends and have resorted to the run are succeeding. Yes and no, but mostly yes!

The two heaviest running teams in the league, Chicago and Atlanta, are a combined 7-13. Of course, that doesn’t tell the whole story. The Bears have just recently unleashed Justin Fields on the ground, and though they haven’t won ballgames, their team feels much more fearsome because of it. They may have saved Fields’ career and unlocked a future version of Lamar Jackson-lite down the line. As for the Falcons, their 4-6 record is actually a pleasant surprise based on preseason expectations, and they can thank a four-headed running attack for their success.

The next four teams in rush rate are all playoff teams: Tennessee, the Giants, Philadelphia, and Baltimore. All four teams are run-heavy by design, and it is working thus far. Of the top 11 teams in rush rate, the teams running the ball more than 45% of the time, a whopping seven would be in the postseason if the season wrapped today, with Atlanta just a game out of making it eight.

I’m not sure if there is an obvious conclusion here. If even more teams begin to run the ball more often, defenses will likely shift back to putting more defenders in the box, thus beginning the cycle anew. However, I think it’s likely that defensive coordinators let this play out, so to speak. They like when opponents run the ball, even if that is garnering some success. Until the likes of Kansas City, Buffalo, Minnesota, and others give up throwing (and winning) so often, defenses will continue to empty the line of scrimmage.

I noticed this trend early on in the season, but funny enough it hasn’t truly translated into a larger number of successful running backs across the league. The reason being, this is a defensive trend as you so aptly noted, causing an offensive shift in play style. Entering NFL Week 11, the headlines continue to be about teams shutting down their opponent’s weapons with great defense. That’s how Minnesota upset Buffalo and Washington upended the Eagles. It’s why the Jets, Dolphins and Patriots all hold playoff spots, while Cincinnati and Los Angeles are on the outside looking in. Defense.

Don’t get me wrong, I love seeing a shift towards a more balanced NFL. There are plenty of great wide receivers in the league, but there is also a lack of dynamic quarterbacks. In prior years we witnessed above average signal callers like Baker Mayfield excel, but not this season. Defenses are no longer scared to let teams run, so they are shutting down any inkling of an average team’s passing game. The very good defenses are also great at stopping the run, making it impossible for their opponents to find much success anywhere. Yes, that’s an obvious statement, but there are simply more excellent defenders to actually pull this off in 2022. Combine that with a lull in new quarterbacks, and we have a run focused league where defense is winning games.

Take this year’s rookie and sophomore quarterbacks and line them up. Who is the best? Usually this is an easy question to answer, but there is no clear line between Trevor Lawrence, Zach Wilson, Justin Fields and Mac Jones. None of them have played great for more than one game at a time. All of them have played below average for multiple games in a row. In addition, all three are sophomores. Including the quarterback classes from two and three years ago does not up our numbers much in terms of excellence. Jalen Hurts is the only one who stands above. We are seeing more backup quarterbacks than ever before get chances, plus our former great players are not playing so great at all. With this shift in talent comes a shift in coaching, by necessity and by design.

Defenses are daring teams to throw and humiliating them when they do. Buffalo looked unbeatable until the Jets took away their running game, forced them to throw at their formidable defense and made them pay. Minnesota then did the same thing. There’s a reason the Bills keep adding and trading for new running backs. Nearly every team needs a tandem to sustain a running game for four quarters and Buffalo simply has been unable to solidify its rotation. They also recognize the need for offensive balance, especially with the cold weather come playoff time. Defense is what usually wins a championship, and controlling the ball with your run game allows your defense to thrive. Teams are still airing it out, but there’s been a ton of ugly football because this season is about defense.