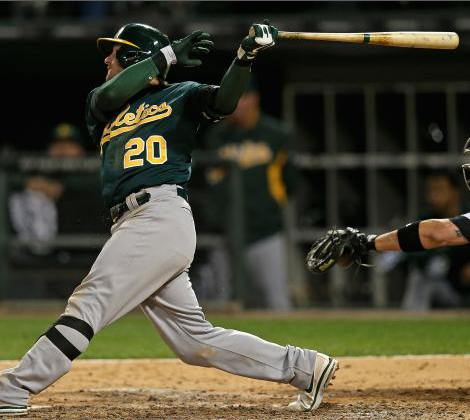 Despite a record well below .500, the Oakland Athletics are a reasonably solid baseball team, at least according to those closest to the team. Yet a slow start never materialized into anything more than disappointment. What happened this season?

The A’s have suffered several bad breaks this season, resulting in the franchise finding itself at the bottom of the AL West standings. This comes as somewhat of a surprise. Oakland entered the 2015 campaign with a lot of promise, as many experts believed the A’s would likely head back to the postseason for a fourth straight season. It would have been the first time the team had done that since the early 2000’s. However, key injuries and an inability to find the necessary edge to win close games was Oakland’s undoing.

Consider this: The Oakland A’s have a run differential of +9, but are 58-76 as of September 3rd. The team has essentially no chance of ending the season anywhere other than at the bottom of their division.

Clearly the A’s have been unlucky this season. But of course, that’s baseball, and the numbers don’t always make sense. The only thing that matters come October is how many wins you have, and unfortunately for Oakland, it doesn’t have enough to make it to the postseason.

But perhaps A’s fans shouldn’t be all that concerned about 2015. Oakland has the type of talent that will eventually be successful. The pitching staff, led once again by the dominant Sonny Gray, has been great. Batting-wise, the A’s are 15th in the league in runs scored, far from horrible. So, why hasn’t Oakland been able to translate that into more victories?

While there may be a contingent of Oakland fans that are extremely unhappy with the team this season, the future won’t be filled with doom and gloom. Not with a talented roster that just wasn’t able to put it all together during this particular campaign.

The A’s have a solid foundation that will allow them to fight for a playoff berth next season. After three straight years of finding their way into the postseason, one bad year won’t undo all of the work that the front office has put into this team.

Yes, there are weaknesses that need to be addressed, but that’s the case for every MLB franchise. For the first time in several seasons, the Oakland Athletics will be watching the playoffs from home. But if the franchise is able to keep its solid foundation, that won’t be the case in 2016.