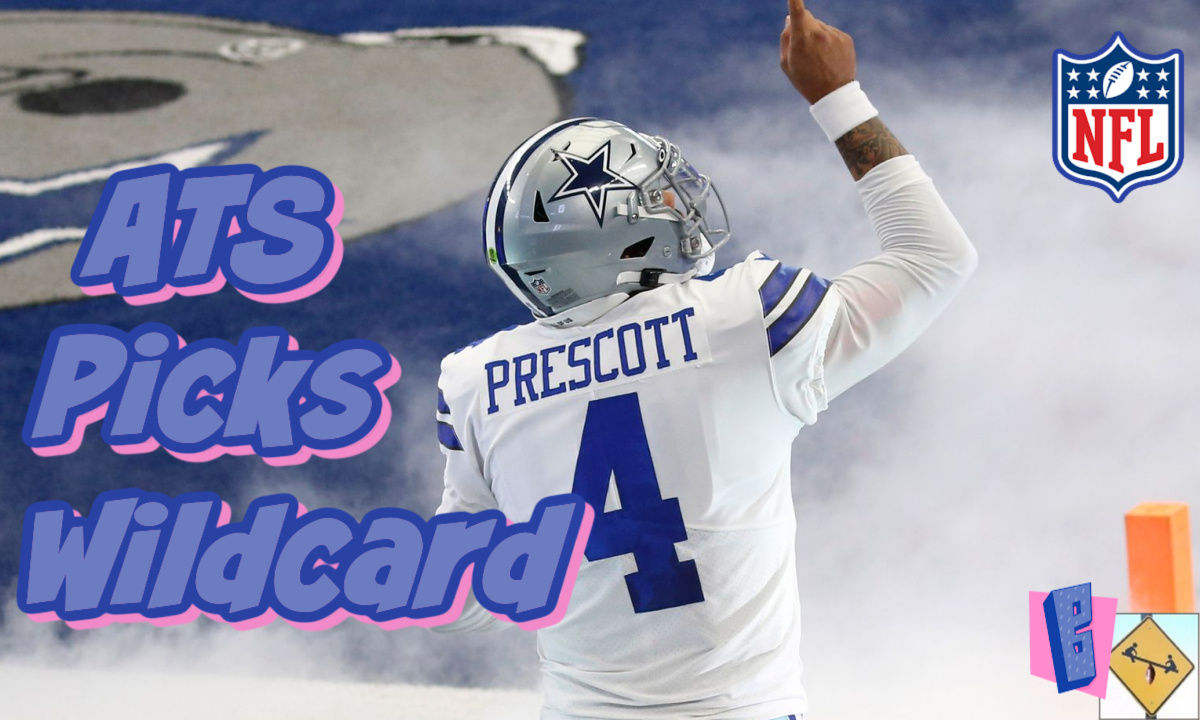 Underdogs dominated ATS all season, but the NFL Wildcard Playoffs are about to reset all betting trends. Home favorites have some juicy mismatches. These are your best picks against the spread.

The first ever Week 18 was a wild one, with momentum swings and overtimes and postseason berths being determined. In fact, if anyone still believed momentum even existed, all they had to do was watch the Sunday night game to dissuade themselves of that notion. Expect the NFL Wildcard Playoffs to be significantly less spectacular and far more predictable.

In terms of our season picks, Todd finished a very nice season seven games over .500, while Dan managed to salvage an over .500 record on his very last pick. Speaking of being over .500, the league as a whole finished 2021 just four games over .500 on the road, meaning home teams made quite a push the second half of the season. It is hard to know whether lines shifted to counteract the road dominance or if the outcomes leveled off. Perhaps an even simpler reasoning was in play. Maybe the worse teams played more home games later on?

The reason we say that is because one group that did not level off was underdogs. They finished 16 games over .500 on the year! Will that be something that continues in this expanded postseason? Not if our eyes are correct for the NFL Wildcard Playoffs round of games. There are far too many mismatches and far too many underdogs who are not very good. We’re picking the home favorites and you should too. Each week, Dan and Todd will select two games against the spread. The NFL Wildcard Playoffs are about to reset the betting trends. These are your best picks against the spread.

There are not any underdogs I love in round one. Instead, there is a pair of home favorites who, I believe, should be forced to lay far more points than they currently are. I hope to take advantage. The first is Buffalo. The Bills are steamrolling into the playoffs. They’ve won four games in a row and notched the very best point differential in the sport this year. Meanwhile, the shine has rubbed off New England a bit. The Patriots, looking like the one-seed in the AFC for a time, fell all the way to the six. They couldn’t beat the good teams, going a stinky 3-7 against winning teams. Their win against Buffalo during the season was also, to say it kindly, fluky. The Pats famously threw only three passes that game, as the weather dictated the impressive outcome. Much like my NFC pick, the road team here seems to be getting more credit than it deserves.

A number of the playoff matchups feel like mismatches. Certain teams snuck in and have to face true title contenders. Sure, anything can happen, but one team seems likely to win. This game is the only one that feels lopsided to me but with a spread that doesn’t reflect it. With Dallas being a public team, that surprises me even more. Why are the Cowboys not bigger favorites?

The Dallas offense has been back on track these past three weeks. By some measure, this is now the very best team in the NFL. There is something going on with San Francisco though. Despite barely cracking the postseason lineup, the 49ers have only been underdogs three times all year. Only the Rams were an underdog fewer times of anyone in the league. The 49ers are good but have been slightly overrated this entire season. That continues here in Dallas.

I’m not a fan of any of the underdogs in this NFL Wildcard Playoffs round of games. Most are not great teams, starting with the Raiders. Las Vegas is unpredictable, but their opponent is not. Cincinnati has a great offense and consistently puts up tons of points. The Bengals’ defense is also decent, making them a great home favorite for this first playoff round. I won’t even articulate the alternative here. Joe Burrow is going to own the Raiders and easily cover this spread.

Backing the Buccaneers has scared me of late, but the playoffs are a different story. Tampa Bay is defending its title and is about to turn on the gas against Philadelphia. Are the Eagles a good football team? It’s hard to say, but what is a fact is that they are nowhere near the Buccaneers level. Tampa Bay is dynamic, while Philadelphia is one dimensional. I’m calling this mismatch like I see it.  It’s Tom Brady time.