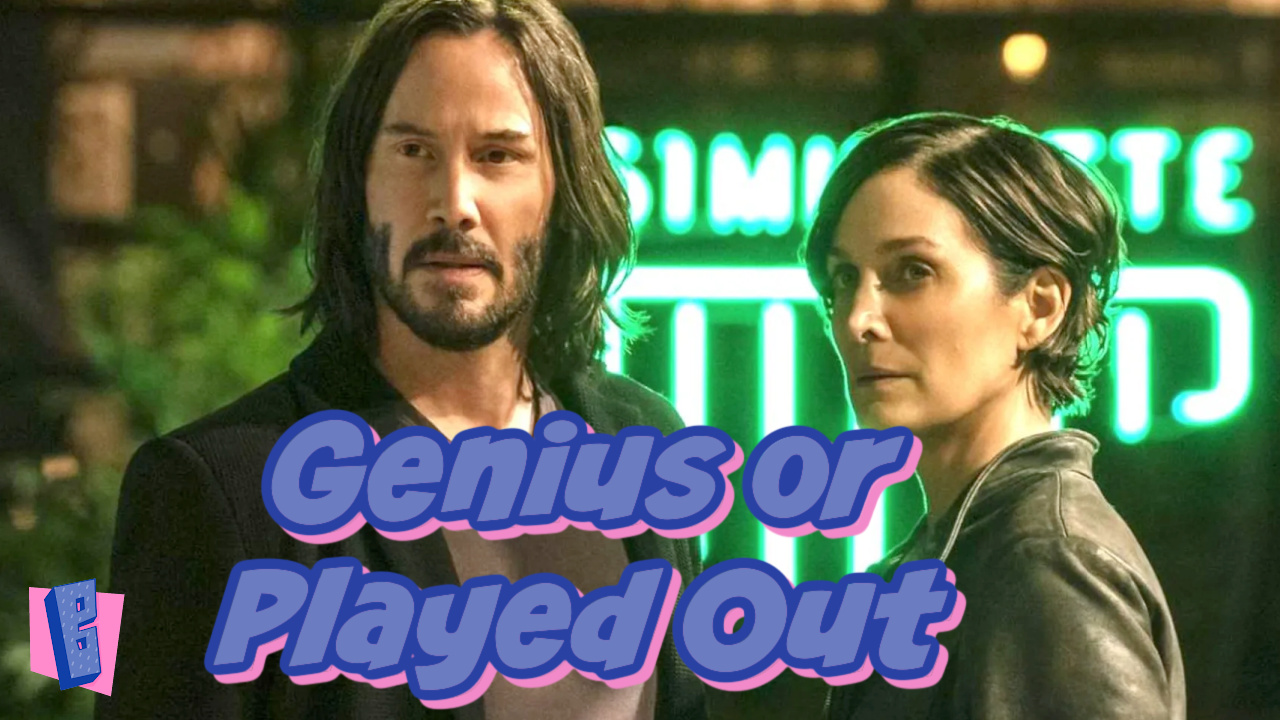 The Matrix Resurrections Review is all about whether the film is genius or played out! This film is so meta at times, but then it boils down to the same thing as the first three trilogies.

The Matrix Resurrections Review is all about whether the film is genius or played out. There are lot of things that I thoroughly enjoyed about this new Matrix, but for me after watching it I’m not sure that we needed another Matrix! For more details check out our quick below.

I really enjoyed how the Matrix is so meta. Neo is a video game maker of a game called the Matrix and they use footage from the first film as the “video game footage.” That part is really cool as well as when they’re trying to convince him to do a new Matrix and his team is all discussing “what the Matrix is.”

More BuzzChomp: Being The Ricardos Review | Fact of Fiction

Neo and Trinity are so great together once again. I always thought they played off each other so well and have great chemistry. I love their weird coffee house meet-cute. The set up of the two of them is really good.

My big issue with the film is that in the end it’s just the same thing. Neo and Trinity have to safe everyone from the Matrix once again. Instead of Trinity waking Neo up, Neo wakes Trinity up. So it has me feeling that it’s just a rehash of the original series.

The Matrix Resurrections Review dives into whether the film is genius or played out. In the end, I feel it’s played out as it feels as the reboot of the trilogy will just be the same thing once again. Can one ever escape the Matrix? Share with me your thoughts and make sure you watch our quick review.