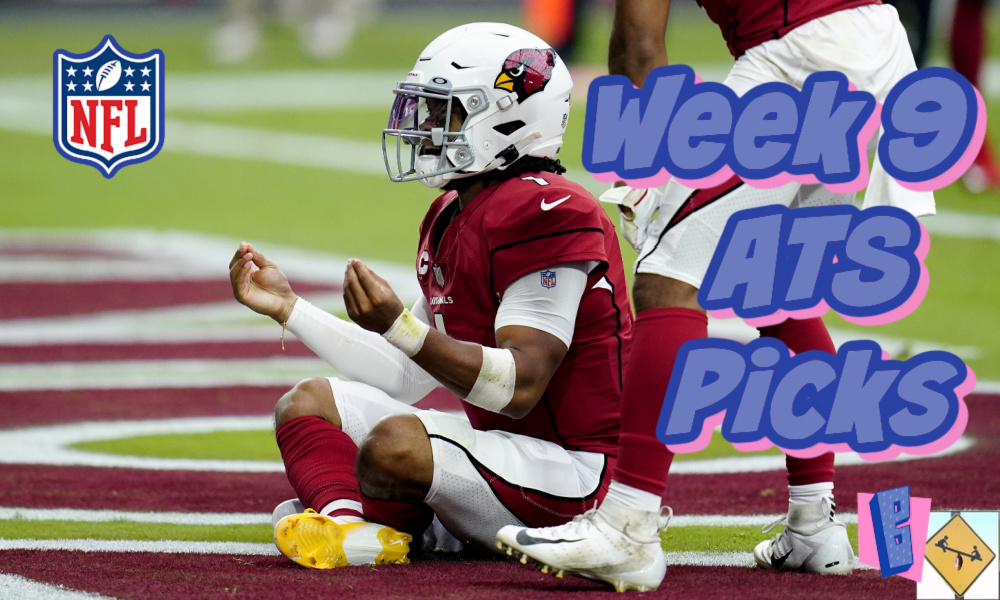 Give up points with the elite teams in NFL Week 9. Now is when things begin to separate and these juicy matchups are simply too good. Your best picks against the spread.

Timing is everything. This is a common trope among any number of fields, hobbies, or activities. Heck, people even say it in reference to real life, perhaps when two people’s paths cross at the wrong time. In gambling, though, timing really is everything.

Constantly changing lines, updated news in a matter of seconds, live betting; it all goes to make picking lines volatile. Doing so days before games are going to be played is a fool’s errand. Sometimes, we luck into a fortunate turn of events. Other times, we end up looking kind of stupid.

This past week, things somehow went in a completely third direction for Todd when Dak Prescott was sidelined, and the Dallas line shifted from -2 all the way to +4.5. A pick is locked when it’s submitted, the same as if we placed our bets at the sportsbook. And yet, Todd still escaped with a win and cover. Chalk it up to some of that fortuitousness, and let’s move onto NFL Week 9.

NFC favorites continue to dominate, but the AFC elite are poised to rebound. Where do we stand in NFL Week 9? Keep rolling with the playoff teams, because they have some juicy matchups. Each week, Dan and Todd will select two games against the spread. NFL Week 9 is about favorites giving points. Todd and Dan each choose an AFC and NFC elite to round out your best picks against the spread.

The story of Baltimore is a wacky one. The Ravens took a five-game winning streak into their game against Cincinnati and got waxed. Now, coming out of the bye, with Cincy having just lost to the Jets, where does that leave Baltimore? Are we sure they are any good? I’m pretty sure.

The defense clamps down, ranking third in the NFL in redzone defense despite giving up a lot of yards. And the offense can run with anyone, figuratively. It doesn’t rely exclusively on the running game anymore, thanks to injuries, but also Lamar Jackson’s development. Minnesota will not be able to hang with these guys

Arizona dropped its first game of the year on a short week against Green Bay. Though the Packers were down a number of their offensive skill players, this isn’t a loss that derails a season. Even with playing poorly, the Cardinals only lost by three, though they were favored, so it was a loss against the spread as well.

A road game against a divisional foe hardly seems like a soft landing spot from which to rebound. Yet, this game at San Francisco is a good spot to be in. The 49ers are in the midst of a quarterback controversy when both guys are healthy, which appears to be the case heading into this week. They are coming off a solid win, though against one of the worst teams in football. And that buttressed up against a four-game losing streak. SF topped 30 points, but it was a real departure for this offense, which has struggled to generate points. We’ve heard of bend-but-don’t-break defense. The 49ers are somehow that version of an offense. They rank 7th in the NFL in yards per play but only 16th in points per play. Arizona is averaging an identical 6.1 yards per play but turns that into the third-best scoring rate in the league. It should rebound and pull away from SF in this one.

Despite playing their worst football over the past three weeks, the Chargers are still a good team. New England absolutely stunted them, as did the Ravens. Yet I’m not about to give the Eagles anything for decimating the worst NFL team. They are still bad and it would shock me if they stop Los Angeles here in NFL Week 9.

I love to talk about bounce back games and this is a must-win for the Chargers who have legitimate playoff aspirations. They are the better football team and need to prove their early success was no fluke. Giving up one point is fairly comfortable, considering how both of these teams have played prior to last week. I will overlook the Philadelphia anomaly of dominance and throw my money behind the winning LA Chargers.

Quick, grab this line before it flips to Packers minus five. Green Bay is the obviously better team, even without their top wide receivers and quarterback. They just defeated the best team in the league, while Kansas City snuck by the Giants. Excuse me? These teams are equal all of a sudden? Come on man!

Only one of these two teams has an excellent defense and that is Green Bay. Only one has been playing consistently dominant offense. Once again, that is the Packers. Take the points while they remain available. Heck, give up a point or two if you have to. Over the last two months no team has been better than the Packers. Nothing changes in NFL Week 9.