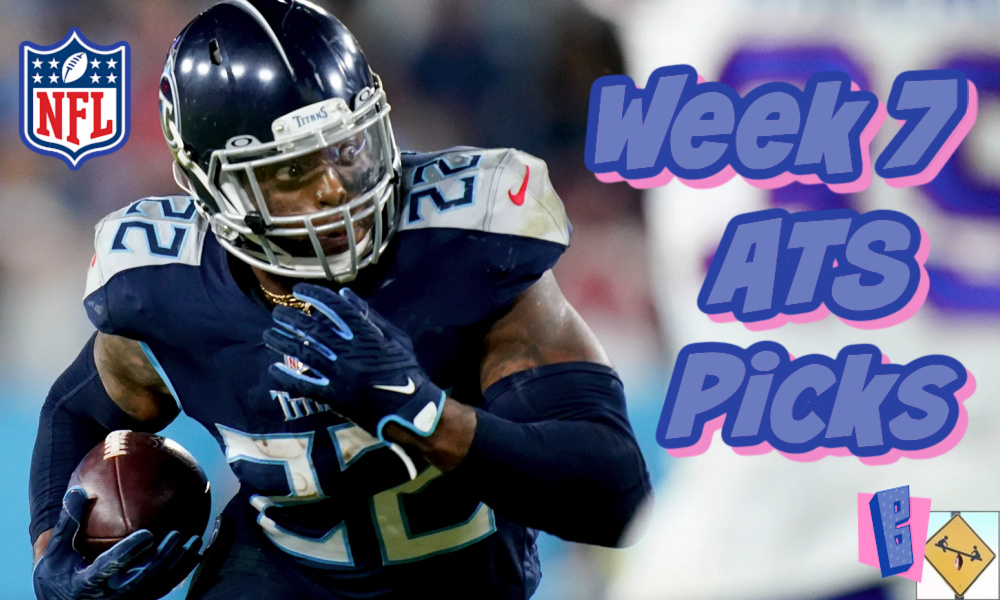 It’s time for the numbers to normalize as we back the home teams in NFL Week 7. Ignore the large lines and grab the outliers. Your best picks against the spread.

We are a third of the way through the 2021 NFL season. The only undefeated team in the league is the Arizona Cardinals, and the Kansas City Chiefs are in last place in their division… just as everyone expected. At least a few things have stayed true to form, like the Jacksonville Jaguars and Houston Texans both being quite bad.

Against the spread, an even more interesting trend is developing. We saw this last season and assumed it had to do with no crowds and weird circumstances. Apparently, crowds have nothing to do with it. Home teams are currently an amazing 17 GAMES under .500 heading into NFL Week 7. We happened to pick four road teams in our selections last week, and it didn’t work out in our favor. However, that clearly seems to be the way to go for the time being. The lines are representing some sort of advantage that no longer exists for the home squad.

Vegas is making major corrections after getting hosed last week, so where do we stand in NFL Week 7? Despite the numbers, we really love a few home teams. Each week, Dan and Todd will select two games against the spread. NFL Week 7 is about ignoring the big lines. Toss them aside. Todd and Dan are all over the AFC this week, with four teams sure to cover.

All that talk of road teams couldn’t dissuade me from hopping on this odd line. It opened at a logical Miami -3 and swung all the way to the road Falcons giving nearly a field goal. Atlanta is coming off its bye, but that seems to be the only thing it has going for it. Sure, there is a lot to dislike about the Dolphins thus far. That is obvious. But Tua Tagovailoa is back. He played last week in London without any wide receivers. I expect the offense to continue to improve. And, let’s be honest, this is a pick against Atlanta anyway, rather than for Miami.

The Falcons are 2-3 on the year, with lone wins over two of the worst teams in the sport: the Jets and Giants. They got absolutely clobbered in Weeks 1 and 2. They also lost at home against a wobbly Washington team. There is nothing to like here. Yet this team is a road favorite. Okay, I’ll bite.

Another team coming off its bye is being incredibly overvalued in Week 7. San Francisco and its shoddy offense lost three straight behind rotating quarterbacks and running backs (due to injury) before getting a week to rest. The QB injuries continue, and it looks like the team might switch back to Jimmy Garoppolo from the injured Trey Lance. Either way, this team is 0-2 at home, both straight up and against the spread, and is trending in the wrong direction.

Also on BuzzChomp: The Master Plan in Foundation has Revealed Itself

Indianapolis, meanwhile, is looking better each week. The Colts have covered in four of their past five games and surely take much confidence out of the past two weeks specifically. Carson Wentz looks healthy, and T.Y. Hilton finally returned to buoy the offense. They should be able to win outright at San Fran, but I’ll take 4.5 points to boot.

I realize we just went on and on about the dominance of road teams against the spread, but NFL Week 7 feels like a correction in that regard. Most trends even out with time, and this one feels like a dud waiting to explode. Baltimore is playing great football and completely shut down the dominant Chargers’ offense last week. Their own offense isn’t half bad either. Enter the feisty Bengals, who aren’t bad, but may not be good.

Also on BuzzChomp: Many Saints of Newark Better as Mini Series

There’s the rub on Cincinnati. They are a decent football team that is showing signs of being good, but they are not playoff worthy right now. Baltimore is going to shutdown their offense just like they did to Los Angeles, plus there’s little change that the Ravens’ offense is slowed in this game. Give up the six points. There is no longer a question about Baltimore. They are excellent and should easily dispatch of their division rival.

I like yet another home team who is playing great football. The Titans just defeated Buffalo outright, the same Bills who manhandled Kansas City the week prior. Point being, Tennessee can hang with the Chiefs. I’m not sure Kansas City is a playoff team this year, because the defense isn’t there and the offense is not nearly dominant enough. Regardless, this looks to be another close game between two very good football teams.

I can’t resist all of those points with Tennessee. They can easily control the game with their running game, keeping the Chiefs off the field. We are getting nearly two field goals, so sign me up for the Titans at home. It’s time they distanced themselves from the riff-raff of their division. I just haven’t seen enough from Kansas City to think they can control this game and win by a touchdown.