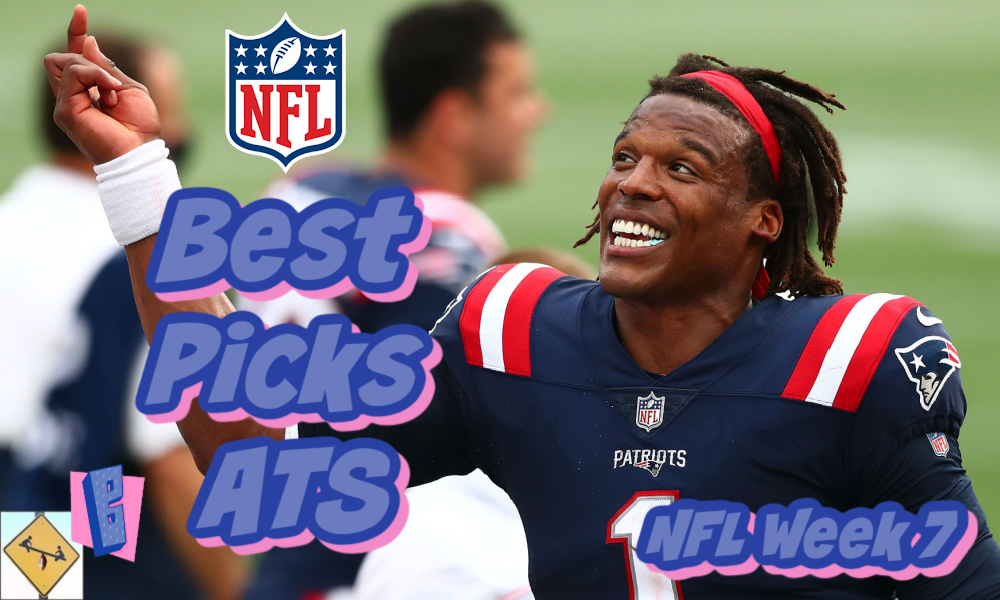 Rarefied air is the only way to describe our insane 17-5-1 record this season. Dan and Todd are soaring and these are your NFL Week 7 best picks against the spread (ATS). Four teams worth wagering your house… just don’t bet that much.

A 4-0 week in NFL Week 6 puts us in rarefied air to begin the 2020 season against the spread. Our combined record is 17-5-1, with one game lost to COVID cancellation. We must take the time to point out are dominant success, because it is sure to turn around any week now. No one runs this hot for too long. Or do they?

It is nice to think that we may have a good read on the current standing of the league though. One of the keys for us has been banking on road teams. Many are receiving lines which seem to be giving too much consideration to the normal ways of home-field advantage that don’t necessarily exist this season. As recently as three weeks ago, road teams were even ATS. They are now nine games over .500, but we need a larger sample to know if that’s a bankable trend.

Where do we stand for betting the NFL Week 7 action? Look for winning teams coming off tough losses among the betting lines, because their lines reflect recency bias. Don’t believe them. These are your Best Picks Against the Spread (ATS) for Week 7 of the NFL 2020 season. All lines come via Odds Shark, which compiles the complete list of Vegas Sports Book betting lines.

San Francisco looked good in a bounceback performance last week. But the 49ers can’t escape this snakebitten season. They lost their starting running back and starting center in the win. A starting safety and tackle may be added to the inactive list as well. The injuries continue to pile up in an astounding way.

New England looked decidedly not good last week. It was also a team dealing with positive COVID tests, the loss of its quarterback two weeks prior, canceled practices, and a forced bye. It isn’t unreasonable that Cam Newton’s and the entire team’s timing could have been off. I like the Pats in this spot in NFL Week 7.

When Chicago scores at least 12 points this season, it is 5-0. The Bears don’t often score much more than that, but 12 has been enough. The defense is one of the best in the league. That makes me feel confident in getting 6.5 against an up-and-down Rams squad. Los Angeles has looked great against the NFC East, but we don’t have enough of a sample against anyone else. The Rams are 0-2 elsewhere, but both those games came on the road against playoff contenders. This will be a real test for the LAR offense, and I’m not sure it can cover this large a spread against an elite defense.

I’m picking two winning teams this week coming off big losses and facing losers. The Packers were humiliated by Tampa Bay, but they are still an excellent football team. Green Bay is unlikely to lose back to back games, especially against the likes of Houston. The Texans are improving, but they’ve stopped no one this season. Aaron Rodgers has a big chip on his shoulder after letting Tom Brady make him look foolish. This means a prove-it game is coming and Houston will be his victim.

The Browns are another winning team that was humiliated last week. Cleveland is much better than how they played against Pittsburgh and certainly better than the Bengals. Cincinnati is playing teams close and doing good things, but they are at least a season away from being truly competitive. Winning teams bounce back and defeat weaker opponents. This is a prove-it game for the Browns, even if Baker Mayfield is questionably their quarterback. I expect Cleveland to assert itself with a dominant victory. Give up the field goal.