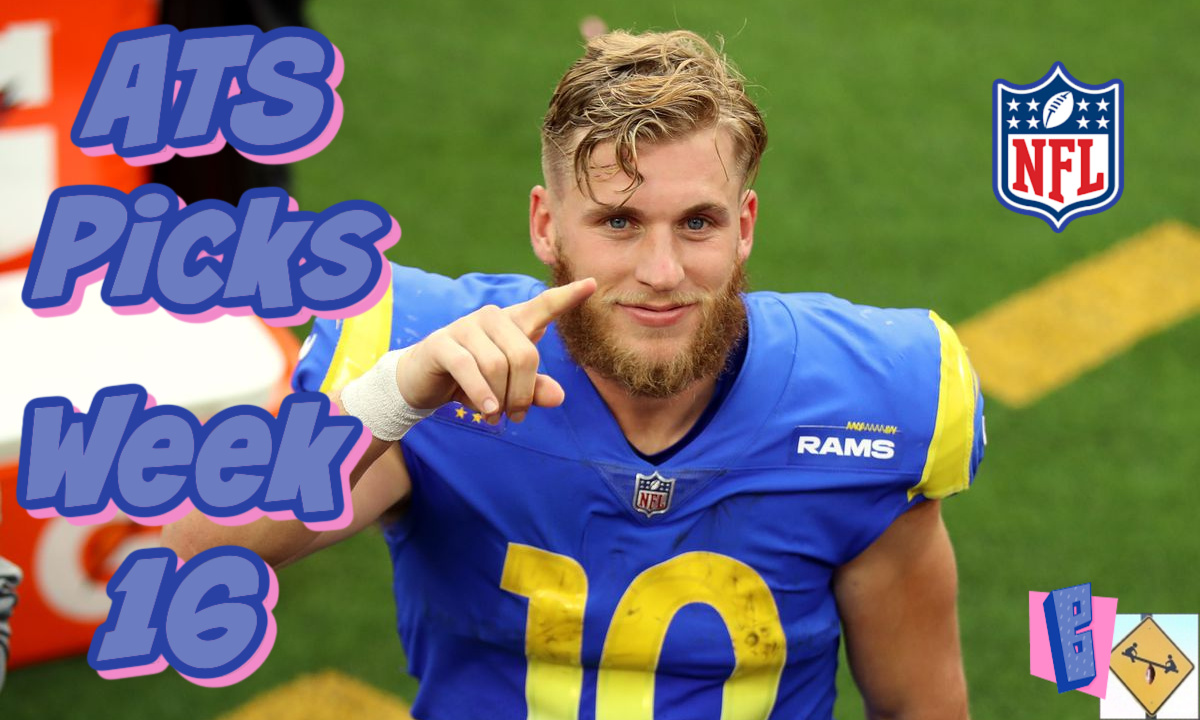 Mismatches rule NFL Week 16. With these road teams facing truly weak opponents, these bets are too good to pass up. Consider it an NFL Holiday gift. These are your best picks against the spread.

The 2021 NFL season continues to bring new wrinkles into the betting landscape and NFL Week 16 is shaping up to be a whopper. Games expanded to Saturday, and then, because of COVID spikes, moved to Monday and Tuesday as well in Week 15. The league subsequently announced it will change the way it administers COVID tests moving forward for vaccinated players. Whether it makes the league any less safe is another issue, but it should certainly make for more reliable scheduling and player availability from here on out.

Perhaps that should be of very low importance, but we know it’s the most important thing in the world to the league itself. Picking games and the spread changes dramatically with stars sitting and games moving around the calendar. There is so little flexibility built into the league year, postponements or future rescheduling could put the playoffs at risk. The teams and players’ union seem on-board, so who are we to argue otherwise?

With so much uncertainty, the lines are sweetening the pot in NFL Week 16. Jump all over the mismatches and road teams for some juicy wagers this week. Teams with playoff hopes are facing teams looking to lose for draft positioning. Don’t miss out. Each week, Dan and Todd will select two games against the spread. NFL Week 16 is once again about road favorites. We are giving up points this week to round out your best picks against the spread.

This one is wacky. I know the Titans stink right now. They are playing bad football. I’ve suffered first-hand from the roller-coaster season of Tennessee. But what in the world…? Tennessee opened as a 1-point home favorite and was quickly bet down to a 4-point home dog! The passing offense has been a disaster through injuries, but the running game and defense are still solid, if not better. It should take a superior opponent to put this squad at such a deficit.

The opponent in question that provided such a swing is San Francisco. The 49ers are playing good football and are in the playoff mix. They’ve already been a road favorite a surprising six times this season. If that sounds high, it’s because it is. Only Tampa Bay has played more, and those two teams are on two different planes. SF really benefited from a super easy road schedule. One could argue it continues here in Week 16. I think the Niners are being highly overvalued.

Since nothing unforeseen happened Tuesday night, the Rams corrected their course after a midseason tumble. We haven’t seen Minnesota take any kind of jump at any point. This is the same team it’s been all year. The Vikings are…okay. They would be a bad playoff team if they make it.

Struggles the past two weeks against very weak opponents followed a two-game slide by the Vikings. The last time Minny looked good was the November win over Green Bay. The inconsistency spreads to home games, where this club is very up-and-down. Since Los Angeles avoided putting up a stinker on Tuesday night, we know this game will become an even better bet. I still like the Rams to beat Minnesota.

I’m going all in on recency bias this week, as well as jumping all over two superior road teams. The Colts embarrassed New England last weekend and their defense might be the best in the NFL right now. Arizona was embarrassed by Detroit and hasn’t played well in nearly a month. If you can grab the points with Indy, do it immediately.

I love the Colts right now and they are playing for a division title and a playoff spot. The Cardinals likely clinch a spot win or lose, but can’t seem to find any consistency of late. This is a mismatch right now, so set the records aside. Indy wins, but take the points in case of a fluke by Arizona.

The Chargers are another team that can secure a playoff spot with a victory. They get the hapless Texans who only manage decent games against teams much worse, like Jacksonville. How exactly is Houston going to stop Los Angeles? There is no way this game stays close. Not a chance.

Right now the line is less than ten points, so grab it quickly. I can see it climbing to near two touchdowns, but I’m giving up only eight points with the Chargers right now. They should have beaten Kansas City and will be out for revenge. Another mismatch ripe for your betting glory.