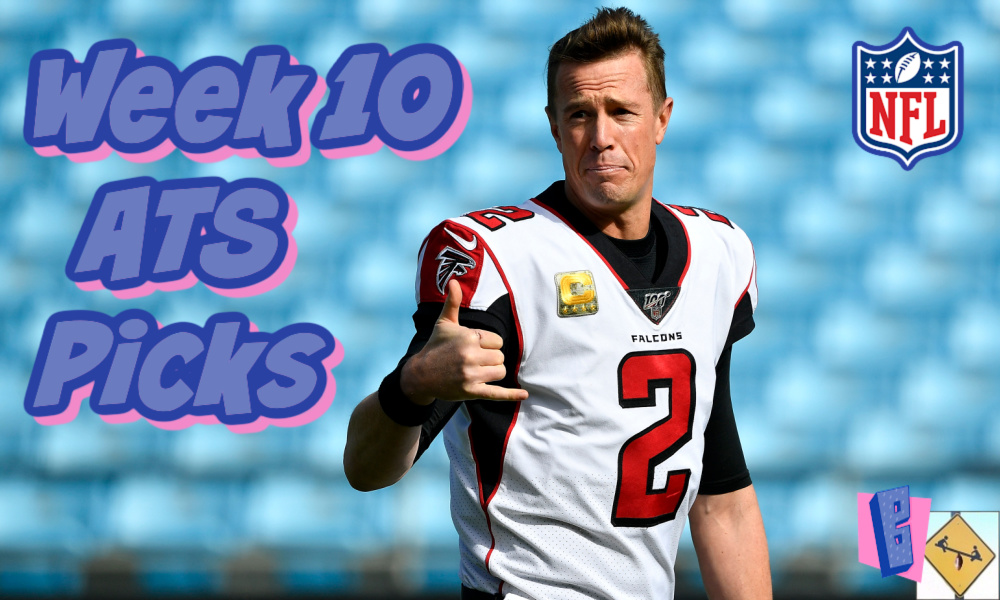 We are grabbing points in NFL Week 10 against teams highly overrated. We’re looking at you Cowboys and Chiefs. Sorry not Sorry. Your best picks against the spread.

Late-week changes were the theme of another slew of games this past week in the NFL, flipping lines in a major way. After Kyler Murray was scratched for Arizona, the line moved from Cardinals -2.5 to Cardinals +5.5. After Aaron Rodgers was dumped to the bench for his positive test, Green Bay went from 2.5-point underdogs to 7.5-point underdogs. We also saw Dak Prescott’s return bump Dallas to 10-point favorites. Even the Texans got a bump when Tyrod Taylor returned at quarterback.

Quarterbacks are the only position that swing a line by themselves. This year, between injuries, COVID, and erratic play, we seem to have more quarterback questions than answers. NFL Week 10 does little to clear things up. Just over halfway through the extended regular season, the betting public still has more questions than answers as well. Thankfully, some teams are exactly what they seem, even if the lines say otherwise.

Several teams are highly overrated at this juncture. We are pointing fingers at the Dallas Cowboys, Kansas City Chiefs, and New England Patriots. Where do we stand in NFL Week 10? Take the points and bet against some serious recency bias. Each week, Dan and Todd will select two games against the spread. NFL Week 10 is about lopsided lines when the actual matchups on the field are even. We are AFC heavy this week to round out your best picks against the spread.

Doesn’t get more standard than this. Home team giving nearly three points to an evenly matched opponent…oh, hold on. Tennessee is playing the Saints. Who, in their right mind, thinks these two teams are evenly matched?? The Titans just steamrolled arguably the best team in football, making themselves arguably the best team in football, Derrick Henry or not. With the AFC’s best record both straight-up and against the spread, the Titans are vanquishing all foes.

Enter New Orleans, a team not close to the upper echelon of the league right now, who is going through a quarterback transition. The Saints could vie for one of the final playoff spots in the NFC simply based on how the conference is unfurling. But no one should consider them a true title contender at this stage. That type of team should be getting way more than a field goal against this Tennessee behemoth.

Here is another line that doesn’t make a ton of sense in our current world. Sure, the Kansas City of old would be a road favorite against a solid Las Vegas team. This is still not the KC of old though. Its best defensive performance only came because their opponent was playing an unseasoned quarterback flung into action just days before the game. Meanwhile, the offense sputters and spews, not looking anything remotely like this unit of past seasons.

This isn’t the same Chiefs. The lines continue to represent a roster that doesn’t exist, leading to KC having the worst ATS record in the AFC, at 2-7. Only Washington is worse in the entire league. The jury is still out on the Raiders; I’ll admit that. But, we have reached a verdict on Kansas City. They are a pedestrian football team who shouldn’t be laying points on the road.

Usually it’s a bad idea to overreact to any one outcome in the NFL, but the Cowboys’ humiliation at the hands of Denver deserves a second look. The Broncos are pretty good, but not great. They steamrolled Dallas. Now its true that Atlanta is an inferior team on paper, but right now the Falcons feel pretty even with the Cowboys. Take those points.

Atlanta scores a lot and is playing pretty well overall. The same cannot be said of the Cowboys, so why is this line so high? Everyone loves to bet on America’s team and they are currently 6-2 overall. But we are getting ten points with a potent Falcons’ offense. I love this, because Atlanta can win outright. Ten points are more than enough to cover.

Here’s another silly line predicated on the recent success of New England. Sure, the Patriots have been playing very well and appear on the up and up. But the Browns just steamrolled a very good Cincinnati team. Mac Jones is due for a game full of rookie mistakes and Cleveland is the team to make him look bad. I am once again taking the points.

Cleveland is on its way to the playoffs and it would surprise me if they stumble and come up short. I’m not yet sold on this version of the Patriots being a playoff team. Here is where we find out what they’re made off. I’m betting they lose, but take the point and a half for a comfortable cover with the Browns.