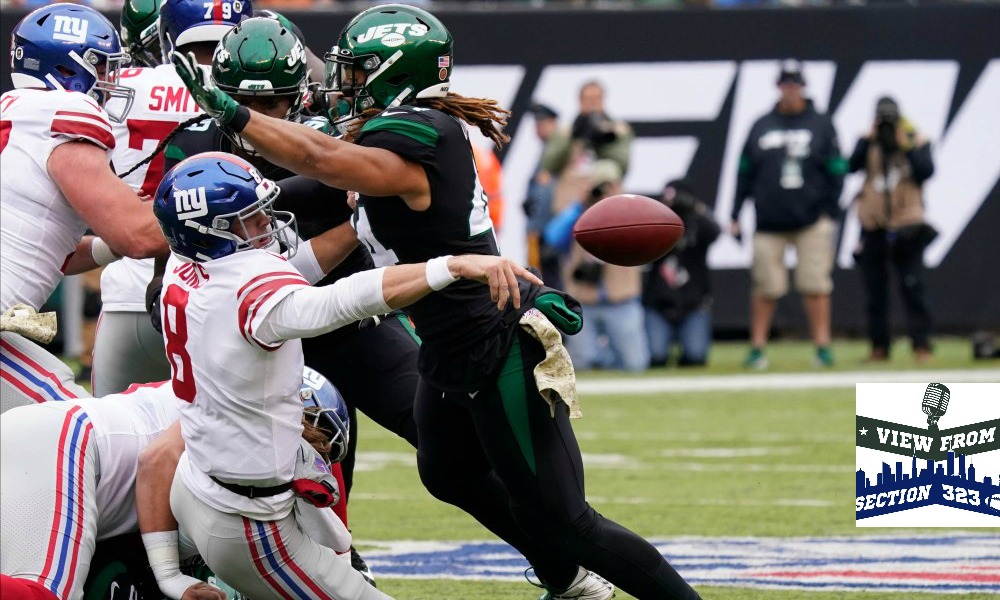 NFL Rivalries are crazy and intense. Just look what happened between the Browns and Steelers. But Jets vs. Giants is the absolute best. Section 323 NFL podcast.

There is nothing better than Jets versus Giants in terms of NFL rivalries. Sure, the Browns and Steelers tossed hay-makers. But this all New York rivalry is all about the headlines for years to come. Darnold versus Jones. Ineptitude versus ignorance. Phil and Bud were on location and yelling like true fans at one another all game. That’s what NFL rivalries are all about.

NFL fans are typically vocal, but these two New York football fans are worse. If an inter-city rivalry exists between the Jets and Giants, then Phil and Bud are it. Its the ultimate of NFL rivalries. The ‘Section 323’ NFL podcast covers the entire league with a New York focus. The season is heating up for our New York teams and their coaches have more to play for than most. What is left to accomplish now that the playoffs are basically out of reach? Nothing is impossible as NFL Week 11 rolls in. Phil and Bud have nothing nice to say, so don’t expect a compliment.

Do you believe the Giants or Jets can salvage their season? Which NFL Rivalries are your favorites? Both New York football teams are barely treading water and dangerously close to drowning. More wins mean everything, but draft capital is still crucial. Who will end with a better record? Who will earn the crown as king of New York? There are no mulligans in football.