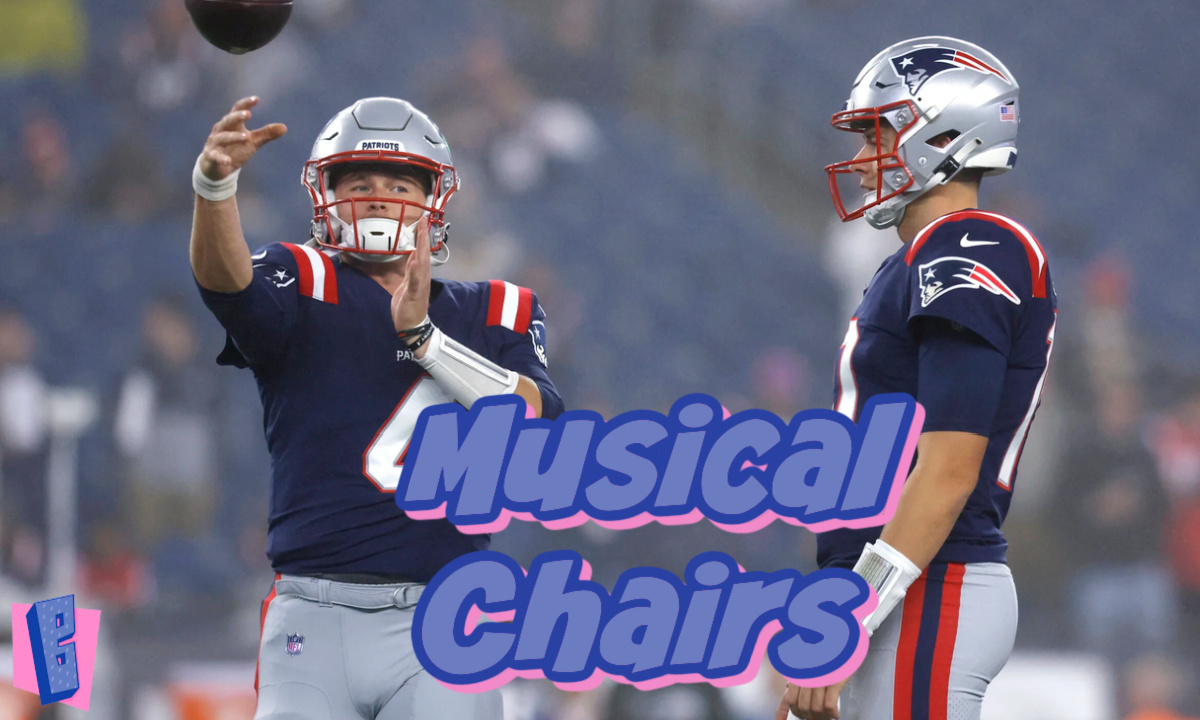 We have a new normal in the NFL and literally no one expected it. Quarterback controversy and uncertainty at the game’s most important position is now the norm, with WAY too many teams playing dice with their most important player.

Prior to the season beginning, this had been the offseason of the quarterback trade. Russell Wilson, Matt Ryan, Carson Wentz, Deshaun Watson, Baker Mayfield. Results have been…spotty. But now that the season is in full swing, we are seeing something even more rare: quarterback position battles and full on quarterback controversy.

How often are teams actually unsure of who to start at the position? It’s rare. Sometimes they turn to a seemingly worse option if they have a young guy who isn’t ready. Sometimes the worse option IS the young guy who isn’t ready. Nevertheless, they have a plan in place. Quarterback controversy is something else, and we are seeing it play out in multiple places across the league.

In New England, Mac Jones was supposed to be the franchise guy. He is back healthy and was benched Monday night for Bailey Zappe. Jameis Winston returned healthy from injury two weeks ago, but has yet to regain his starting job from Andy Dalton. The New Orleans Saints are choosing to play it week-to-week with the most important position on the field.

This isn’t even counting Pittsburgh bouncing back and forth between Mitch Trubisky and Kenny Pickett after changing plans and then altering because of injury. What the heck is going on? Quarterback controversy is the new normal of this NFL season.

NFL Over Reaction to Week 7

When multiple teams aren’t sure of who they want leading the team, it leads to a few different conclusions. First, obviously, the guy they had isn’t definitively a franchise passer. People thought a controversy was brewing in Dallas. Nah, Dak Prescott immediately got his job back when healthy.

Second, there are some interesting and, dare I say, talented backup quarterbacks around the league. These guys are getting chances and making the most of it. It isn’t an immediate death sentence when the first-team guy goes down, at least for some rosters.

Third, the QB position in general is in so much flux league-wide because there aren’t enough guys to lead teams the old-fashioned way. It’s why some teams are turning to new gameplans. The New York Giants are essentially using Daniel Jones as a wildcat running back at this point! He’s more useful on the ground than through the air. Chicago is finally seeing if Justin Fields can play the same way since it obviously wasn’t working previously. It seems like Indianapolis might try a similar route with the announced move from Matt Ryan to Sam Ehlinger.

I wouldn’t necessarily call it a switch to a running quarterback. None of these guys are Lamar Jackson or Kyler Murray. It is almost like a third prototype for someone not talented enough in either area. Between that and the QB position battles in a few cities, we are seeing more ways than ever to utilize a quarterback. It doesn’t always lead to positive results, but old guard passers in Green Bay, Tampa Bay, and others aren’t succeeding either. We are in rocky terrain, unsure of where league trends will verge next, and I’m all for it.

Dan Salem: All Quarterbacks On Notice

We’ve got a weird combination of quarterbacks playing hurt, showing their age, and not fitting with their offenses culminating in a truly bizarre mix of quarterback controversy. Zach Wilson and Justin Herbert aren’t losing their jobs, but both are playing hurt and it’s hurting their ability to perform. One rushed back from an injury, while the other is playing through it. Mac Jones likely rushed back as well, only to lose his job along the way. Justin Fields was not fitting his offense at all, but thankfully they changed the offense to better fit him. The same cannot be said of Russel Wilson. Coaching matters and it’s so very apparent with our quarterbacks this season.

The closest thing to guaranteed success is when a coach tailors his offense to his players, specifically the strengths and weaknesses of his starting quarterback. You’d think this is a no-brainer obvious thing to do as a coach, but WAY too many coaches try to fit a player into their system. These are professional athletes, surely they can perform at a high level, no matter the offense being run. The no duh moment comes when you realize your quarterback is special for a reason, but if you don’t let him do his special thing, he becomes terribly average or worse. Can we all just agree that Pete Caroll is the master of this? He has a system and he does two things right. Caroll molds his offense around his quarterback, while also teaching his quarterback how to succeed in his offense.

Geno Smith is the perfect example of Caroll’s success, while the Denver offense is a great example of how even the best quarterbacks can fail within an offense that works against their strengths. As the older great signal callers are meeting father time head on, we are seemingly lacking a group of younger players who can actually hold their weight. Zero rookie quarterbacks have truly secured a starting job this season and while Wilson and Trevor Lawrence are certainly their team’s starters, the jury is still out on either player’s longevity in the league. All of that said, you nailed it with your praise for the backup quarterbacks around the NFL.

A team simply cannot succeed without a good backup quarterback. Dallas is one of five winning teams in the NFC because Cooper Rush is good. Despite never wanting to use your number two QB, it’s becoming the most important position on a team, second only to starting quarterback. New England is barely treading water, but they haven’t sunk yet because their rookie backup is competent. Now the real problem begins when the chain is broken and teams start changing who is starting. The Patriots are stuck in thick mud with their quarterback controversy. Pittsburgh and Indianapolis and Carolina are also deep out to sea. We can pan Todd Bowles and the Buccaneers all we want, but at some point either Tom Brady plays better, the offensive coordinator gets fired, or Brady is benched. Right now the benching of Brady is trending way up. He’ll probably get a shoulder injury like Wilson in Denver, so as to spare anyone from embarrassment.