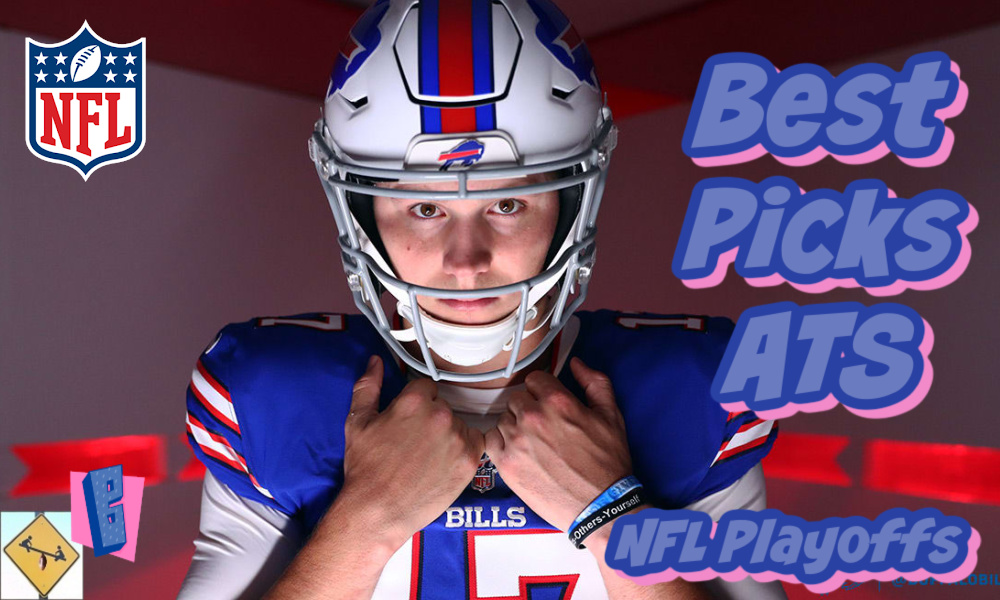 One of us is undefeated in the NFL Playoffs 2021, but will the Championship Round prove too much? Hell no. Dan and Todd have your best picks against the spread (ATS). Two teams worth wagering your house… just don’t bet that much.

As of Wednesday morning, the status of Kansas City quarterback Patrick Mahomes remains up in the air. The former league MVP is in concussion protocol, and there is no telling whether or not he will be able to suit up on Sunday in the AFC championship game of the NFL Playoffs 2021. One player shouldn’t make that much of a difference, unless it’s a franchise quarterback. Mahomes is the ultimate, so his status means everything.

More BuzzChomp: Predictions for Season 3 of His Dark Materials

The line for Buffalo at Kansas City opened in this murky unknown, ranging from the Chiefs as a four-point favorites to Kansas City as a 2.5-point underdog. Things have since settled in a holding pattern at the prototypical ‘home team minus three,’ but there is no way it remains there by the weekend. We are just waiting for more information. If Mahomes plays, the Chiefs will be at least a field goal favorite. One sports book says if Mahomes is deemed out, however, the line will drop all the way to Buffalo by seven! We could see a 10-to-14 point swing on the status of one man. It makes sense only when it’s Mahomes.

Will you take the presumptive safe pick, or ride and die in the AFC? These are your Best Picks Against the Spread (ATS) for the Championship Round of the NFL playoffs 2021. All lines come via Odds Shark, which compiles the complete list of Vegas Sports Book betting lines.

I can’t possibly pick the AFC game without knowing whether or not Mahomes will be playing and where the line will stop because of that news. If he’s in, and Kansas City is a not-unreasonable favorite, I’d take the Chiefs. If he’s out but the line doesn’t move to make them underdogs, give me Buffalo. But if the Bills become a sizable favorite, I’d take Chad Henne and the points. It’s all up in the air. I can at least make a pick for NFC champion.

If it’s possible for a team to have an underdog victory, on the road, to advance to the conference championship, and not be impressive, that’s what Tampa Bay did. Neither it nor New Orleans looked good last week. The Saints even seemed like the better club for long stretches but couldn’t get out of their own way because of turnovers. Tom Brady outplayed Drew Brees by simply being less worse. He will have no such luxury this week against the Packers.

Also on BuzzChomp: Locked Down is the Anti Heist Movie

Last week, I spoke to how the Los Angeles Rams needed pressure and to force turnovers to take down GB. The problem was Aaron Rodgers doesn’t take sacks or turn the ball over. The Packers cruised, and we could be facing a similar scenario here. The Bucs needed four extra possessions from the Saints; how will they fare when not getting those extra chances and points off turnovers?

No one left in the playoff field has an elite defense. GB certainly doesn’t. Tampa comes closest but was actually the worst of the four remaining teams against the pass. In the NFL these days, offense wins championships, and Green Bay’s is the best. The Packers have the best offensive line, the best quarterback of 2020-21, and arguably the best skill players, at least at the top.

Last week I took the Buccaneers plus three points and nailed both the outcome and flow of their game versus New Orleans. A field goal is simply not enough this week for Tampa Bay to cover, because offense is the name of the game and while defense still does win championships, it won’t win the NFC Championship. I like Green Bay by seven, but would take the Bucs +6 if afforded the opportunity. It does not exist and while I can technically back the same line as you, I’m feeling adverse to the opportunity.

I don’t consider the Bills winning to be an upset, because both teams have dominated all season. Buffalo’s defense feels like the best of our final four, even if it’s technically not on paper. Mahomes injured his neck, making his ability to play a true question. I believe he starts and I hope he’s at 100%. That being said, this is an even matchup when both teams are at full strength. Both can score easily and both stop teams dead in their tracks with frequency. Much like the Brady versus Brees matchup of last round, when two teams appear so even, you take the points. We are getting a full field goal with Buffalo, so I’m riding with the Bills and their #BillsMafia.