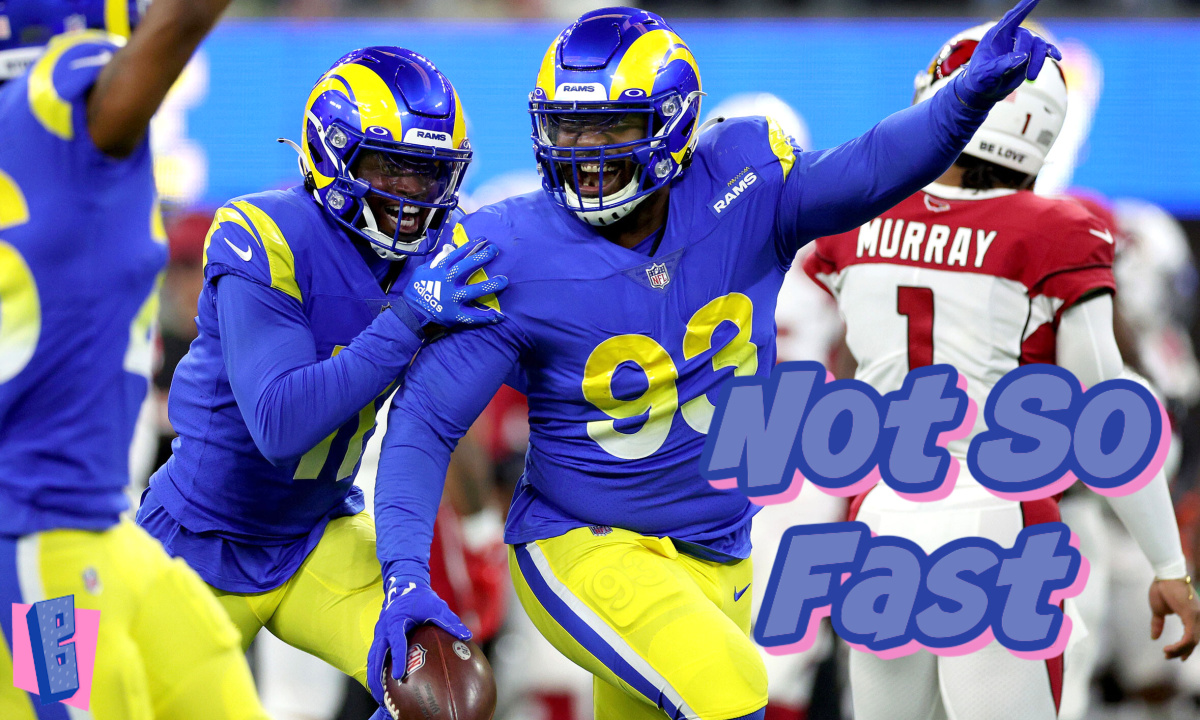 Will it be deja vu in the NFC West this season? Yes, but also no. The Cardinals have gained on Los Angeles, leaving no gap between the former champs and our soon to be elite. Prepare for the unexpected out west.

In our final division preview before the 2022 NFL season gets underway, the defending Super Bowl champion Los Angeles Rams look to defend their title both league-wide and division-wide. The hard-fought NFC West won’t be an easy one to defend though. Consider it the hardest in the league.

We seem to have two, clear tiers in the West. The top tier is made up of the aforementioned Rams, as well as the Arizona Cardinals, and the San Francisco 49ers. This tier is made up of contenders. Any of these teams could win the crown, and it wouldn’t be a huge surprise. This is backed up by the Vegas odds. All three squads are between +125 and +350 to finish first.

The second tier is made up of the Seattle Seahawks. None of the teams from this tier are division-title contenders. All have pulled a hard reset, traded away or jettisoned good players, don’t seem to have any plan at all on offense, and do not even have pieces at the key positions to build a foundation for the future. If anyone from this tier even finishes in the top two in the West, it would be a surprise. Which of our tier one teams finishes on top? Expect the unexpected.

The top tier of teams is where things are actually interesting. I’m lower on San Francisco than most. The fact that this team felt the need to bring back Jimmy Garappolo seems to imply that it doesn’t trust Trey Lance to lead the franchise. Lance is young and was supposed to need time, which is fine. So then why force it and push him into the starting job, yet refuse to get something for Garappolo? A run-heavy attack works in this day and age because defenses aren’t built to stop it, but if they don’t even trust an opposing QB to make accurate throws, anyone can stop the run.

The injury to Matthew Stafford in Los Angeles puts the Rams’ early season in question as well. The talent is there on both sides of the ball, but a championship hangover, paired with a potentially compromised QB, and the second-hardest schedule in the NFL leads me to think Arizona actually sneaks in and wins this division.

The end to last year was rough for Arizona. The offseason was rough. DeAndre Hopkins is suspended. Fans think Kyler Murray is either lazy, stupid, or both. AND YET.

This team is still loaded. I like many of the skill players as we wait for Hopkins to return to action. A veteran offensive line and a bunch of disruptors on defense give me confidence. The underdog mentality has returned, and I like Kliff Kingsbury to coach for his future. Also, perhaps most importantly, Murray isn’t lazy or stupid, despite how his contract negotiations played out. Cardinals first, followed by LA, SF, and the tier-two Seattle Seahawks.

I don’t think Seattle is going to be as bad as everyone assumes, but they pull up the rear in the NFC West no matter what. Even with six or seven wins, the Seahawks find themselves in last place. We seem to agree on the 49ers as well, yet I don’t see them as contenders with Trey Lance. San Francisco was a very good team last season, yet played better than expectations. We tend to expect certain things for a reason and without Jimmy G. as the starting quarterback, it’s safe to assume that San Francisco will be at least a little bit worse this year. Nine wins at most for the 49ers and a comfortable third place finish.

Who wins the NFC West? The smart money is on Los Angeles and that’s where I’m placing my bet. While Arizona appeared to have it all last season, they lost it all rather quickly down the stretch. Until I see the Cardinals put it together for a full season, I’m not a believer in them winning the division. Arizona is a playoff team, but one that still must prove itself. Murray is not the issue for me, it’s the defense and running game that may or may not be contender-level good. Because of Murray, the Cardinals can win double digits and get into the postseason. But they are not balanced enough to topple the Rams for the division title.

Los Angeles would have been staring down a major Super Bowl hangover, if not for everyone basically coming back, rather than retiring. The Rams kept adding veterans last season to keep things going and will likely need to do the same again this year. But Los Angeles is still very good at nearly every position. Stafford most likely takes a statistical step back this season, but that won’t truly affect the team’s wins and losses. Next season should worry Rams’ fans, but this year the team can snag eleven or twelve victories and the division title without much worry.

It’s deja vu in the NFC West, as everything is a little bit worse all around for everyone, leaving things much the same in the standings. I don’t see a true Super Bowl contender in the division this season, but I’d have said the same before last year began. Los Angeles and Arizona will be in the playoffs, but whether they do anything with that opportunity remains to be seen. Considering Stafford is on a ticking clock much like Tom Brady, I’m hoping for fireworks in Los Angeles one more time.