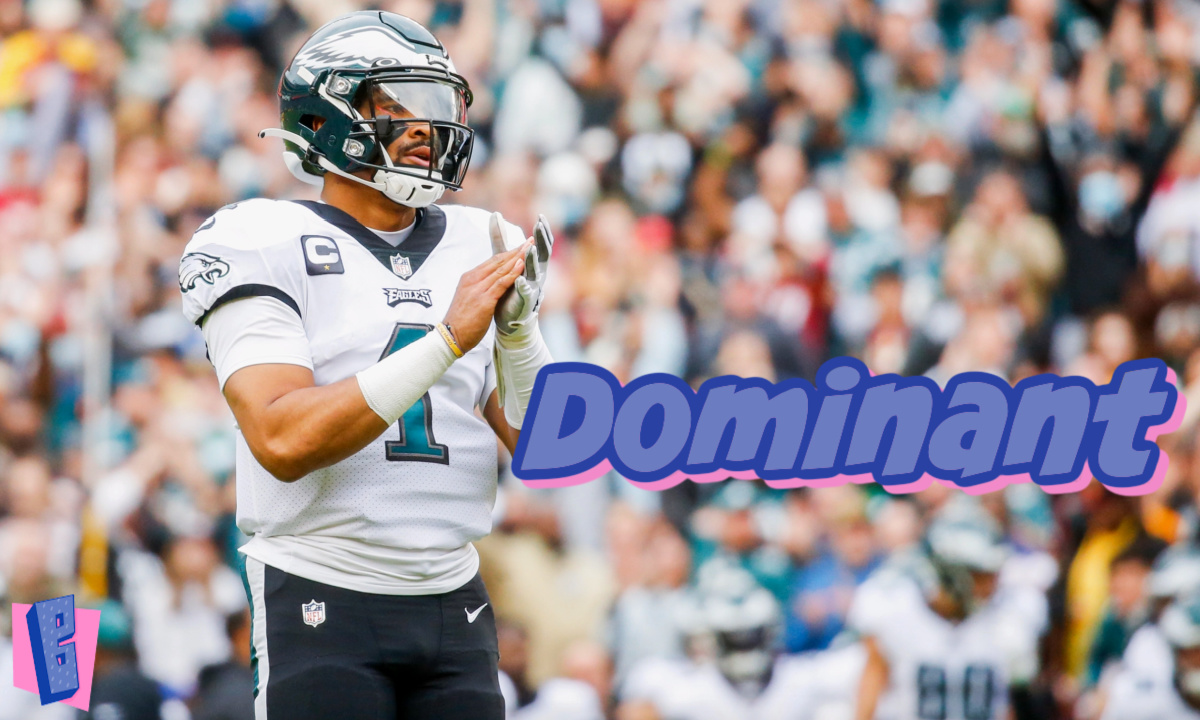 You’re no longer looking at the worst division in football. The NFC East is dynamic and exciting, mainly because everyone is just good enough to win it. We’re backing the Eagles as champs.

The NFC East should be one of the more interesting divisions in the league this year. According to the Vegas odds, this is the closest race between first and second of any division in football. Dallas at +140 and Philadelphia at +150 are, for all intents and purposes, dead even to finish in first place. The problem with this pair, and the problem that has plagued the NFC East for quite a while now, is that it’s possible none of the four teams are any good.

We used to think the Dallas offense was a thing to behold. Then, the offensive line and Ezekiel Elliott started to decline pretty fast. The wide receiver corps dwindled, and Dak took a step back, either due to injury or uneven play. Last year, the defense was actually the cream of the Cowboys roster, but few believe that unit can repeat such a performance. What does that leave us?

In Philadelphia, a common refrain is to wonder if the Eagles have one of the best rosters in the conference outside of the quarterback position. Then, you remember that QB is the most important position in all of professional sports, and you feel like the ceiling for this squad might not be as high as people are hoping. Jalen Hurts has great talent; he also looked absolutely terrible in spurts. Can an offense that is essentially a poor man’s Baltimore be a true title contender? The skill players are better here in Philadelphia, but Hurts is no Lamar Jackson, at least not at this point.

Outside of the two favorites, Washington and New York are likely to be dreadful. The Commanders have a defense that has bounced between good and terrible in consecutive seasons. They have a new quarterback who has done the same, though the good season is pretty far in the rear view at this point. And New York is so bereft of depth that pretty much any injury to any positional group leaves the entire team grieving.

I think the Eagles end up coming out on top. Even if the offensive game plan falters again in the postseason, it can win many weeks throughout the year. If they have the best defense amongst the quartet to boot, it becomes a pretty easy decision, despite the narrow odds spread. A more interesting question would be whether Philadelphia, or any East squad,could win any other division in the league. I would say they are, at best, on par with Indianapolis in the AFC South, making it a toss-up.

After Philly, the finish runs Dallas, New York and Washington for second, third, and fourth respectively.

The New York Giants may be lacking depth, but I’m a bit higher on their potential to succeed this season. New York’s new coaching staff inherits a ton of talent that was being grossly misused, leaving an opportunity for a huge jump up the standings. Realistically, the Giants do not win the NFC East, but it’s a real possibility here. I believe New York finishes in second place, because there is one team that is more talented.

Philadelphia is the best team in the NFC East and they win this division. The Eagles are the most balanced, have a ton of playmakers, and even possess the only quarterback who is trending towards better. While I expect Daniel Jones to be better, we’ve already seen what his best looks like. Hurts is improving and that’s more than enough to win the most average division in football. I don’t believe the East is the worst division, but they are the most average. All four teams have a ceiling of 10 wins and a floor of 5 wins. It’s going to look ugly at times, but the Eagles pull it off and top the Giants for the division title.

I predicted earlier in the year that New York goes worst to first, but my money is on them landing in second place. I also predicted the Cowboys would fall from first to worst. Dallas seems to already have turned the page on its head coach and starting running back. A mini-reset is coming, with Prescott being the only piece holding the Cowboys together. Does this make 2022 a lame duck season for Dallas? It’s unlikely they truly fall to depths worse than Washington, so I’ll place the Cowboys in third place with a 7-10 record that ushers in the reset we all know is coming.

Washington pulls up the rear, mainly because this is a team in transition. Wentz is not a long term answer, nor is he a favorable short term solution at this point in his career. I expect Washington to make some early noise, but ultimately play for a top pick in next year’s draft. To answer your final question, I don’t believe any of these four teams would win another NFL division. The Eagles likely have a comparable record, but it would be worse if they had to play teams in the other divisions. The NFC East is average. Nothing to see here.