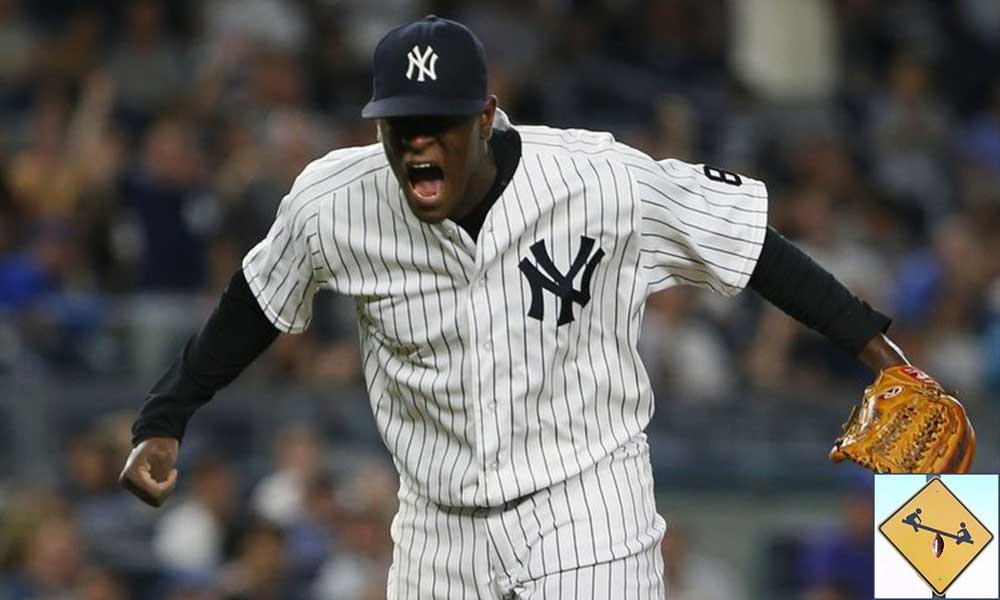 The New York Yankees must go starting pitching or bust at the 2017 MLB Trade Deadline. But does this ‘rebuilding’ team actually NEED to make a deal? MLB sports debate.

The MLB non-waiver trade deadline is on Monday. The New York Yankees have acquired a few pieces already but seem to have more moves in the works. The most pressing need remains starting pitching, where New York has been attached to all of the biggest names on the market.

Those names include Yu Darvish, Sonny Gray, and Justin Verlander. If the Yankees strike out in pursuing them, reports indicate they still might reach for a lower tier of starter, like the recently traded Jaime Garcia.

All this is well and good, but really these potential acquisitions come down to just one question. How much is New York willing to give up? In its trade for relievers and Todd Frazier, New York dealt away mid-level prospects. Even though the market has been expensive for relievers in recent years (just look at the Yankees’ own dealings last trade deadline), a starter will cost much more. And a starter under contract could break the bank.

So which direction would you like to see the Yankees turn? They need a starter. That is definitive. But what level of starter is still murky.

Darvish may be the best arm available, but he will be a free agent after the year. His acquisition would be nothing more than a two-month rental. That could be the difference between New York making the postseason or not, but it could also be a mistake to go after a player that won’t necessarily be around to help a young core in the coming seasons.

In my mind, the best course of action is to pursue Gray the hardest, as he’s young and under team control until 2020. He will also be the most expensive to acquire though. NY should not be willing to part with its best prospects when the window for this team to compete has hardly even opened. Instead, Gray is the target, but rentals or veterans should be the backup plan. The team needs starting arms to simply fill out its rotation; a player like Garcia is perfectly adequate.

He won’t be the difference between a division title or not, but there is a distinct possibility that the New York Yankees fall out of the playoff picture if nothing is done. They only have four healthy starters, and three of them have been nothing better than back-of-the-rotation level. This group right now is Luis Severino and four innings out of the bullpen every other day.

I don’t understand the rumors that the Yankees are still shopping for another bullpen piece and/or another bat. This deadline needs to be starting pitcher or bust.

I’d much rather see our New York Yankees go bust at the deadline, than break the bank on starting pitching. Not that I believe for one second that these Yankees NEED to make a move at all. The 2017 Yankees are young and hungry, arguably overachieving before our eyes. Because this is New York, all of the March expectations have been tossed aside. The conversation is now about how far New York goes in the postseason, because missing would be a failure. This is foolish.

Despite all of the early season winning to the contrary, this is still a rebuilding year for the Yankees. Their young hitters have blossomed immediately and the veterans in the lineup are playing great. But starting pitching was always the Achilles heel. It was always going to make or break this team, because this is a rebuilding year and the rotation is in flux. As you noted, it’s currently one reliable pitcher and everyone else. CC Sabathia has been up and down, but better than last season. Tanaka has continued his decline. New York needs young pitching, not a rental.

I’m on board with adding Sonny Gray, because he builds for the future of this team. Giving up prospects for a young arm under contract makes sense. Gray is already a major league stud, while prospects are simply potential. But I do not want New York adding Yu Darvish or Justin Verlander. Those are moves for the Red Sox to make, a team seemingly all in and stumbling more than expected. A rental of Darvish does the Yankees no good. He is not going to win them a World Series this season. For that to happen, New York needs its current rotation to play much better.


Since the Yankees have already made an excellent deal this month, I’m not of the opinion that another one must be made. If the price is right, then New York should improve its rotation. The remainder of the roster is in a great place. The farm system is in a great place. Patience must be exercised, because the American League is ripe for the taking… next year.

New York Yankees Photo Credits: Empire Writes Back and Call to the Pen