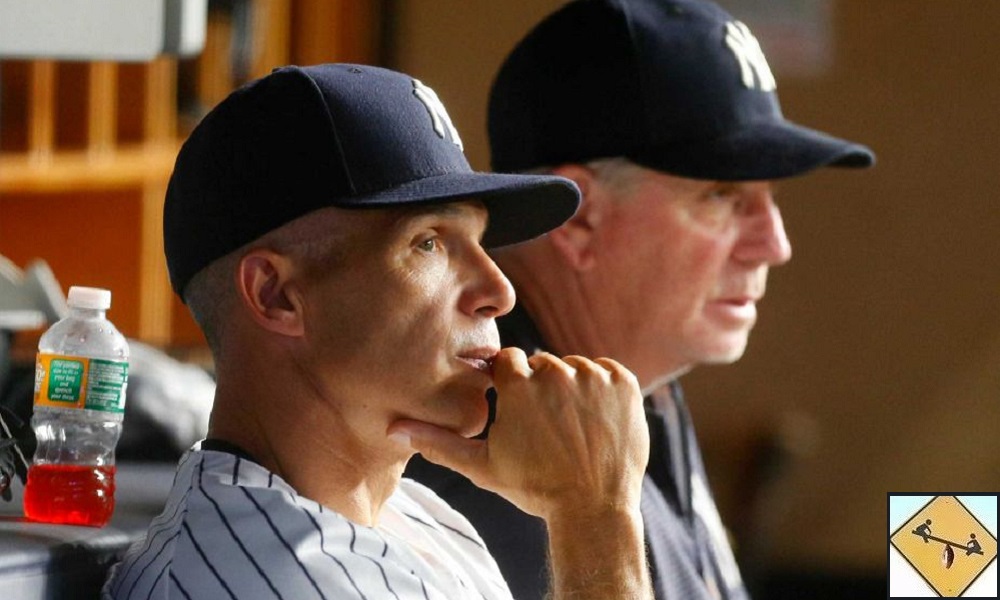 Can New York Yankees fans be legitimately disappointed if the team misses the playoffs? Their resurgence set a new expectation and losing is once again unthinkable.

That was not a good week for the New York Yankees, specifically last night’s game against the division-leading Boston Red Sox. A three-run, ninth-inning lead wasn’t enough for Dellin Betances as he coughed up four runs, including a walk-off, three-run home run to former top talent and current hobbled globule Hanley Ramirez. It was a devastating loss for the Yankees both in terms of the standings, as well as their psyche.

After a series loss to the Los Angeles Dodgers and now this opening game loss to the Red Sox, New York has fallen behind both the Seattle Mariners and the Detroit Tigers in the AL wildcard hunt. Not to mention, it still trails all three teams in the AL East. The rest of this Boston series could be the beginning of the end.

ALSO ON BUZZCHOMP: World Cup of Hockey is Back, But Why?

Obviously, time still remains for a comeback, if NY manages to hop as many as four different franchises. But what if it doesn’t? What if this is how the Yankees’ season ends; in a whimper as they blow games to the most paramount of opponents? How will you feel about this season in terms of big picture? The job the organization did in reinvigorating young talent into both the major and minor leagues was beautiful. But with the team’s unexpected play in August and September that got it back into the playoff hunt, it actually feels more disappointing now as they flounder. It doesn’t make logical sense since the team is still overachieving to get to this spot, but that is not how fandom works.

You can’t ask whether, back at the trade deadline, I would have taken a 77-69 record through September 16 because I already know that the team was 76-65 just five games ago. Thus, losing four of five at the most pressing juncture of the season thus far clouds my opinion. And there is essentially no chance the Yankees reach that 90-win plateau you targeted. That would mean going 13-3 the rest of the way; a winning percentage equivalent to winning 132 games during a full season. The bottom line is I am going to be upset if the Yankees miss the playoffs because they showed me the possibility of making the playoffs existed. The lesson here: expectations can never be low enough where someone won’t be left disappointed at failure. Unless you’re the Twins.

The season is far from over, but Boston is certainly seizing its opportunity to clinch the AL East while eliminating the Yankees. I obviously want our team to make the playoffs, but I never expected them to after the calendar turned from May to June. So any such hope is wonderful. Any reason to watch our team in meaningful baseball games in September is amazing. Watching New York’s future unfold is just as sweet. There is no disappointment for me.

I thought the Yankees were a playoff team as the season began, but ultimately they became a frustratingly average ball club. Their mediocrity was a blessing, as New York shed payroll and age to make way for the young players we’d only heard about. The pressure was off and baseball became fun again. No one expected much from the Yankees after the trade deadline. They were already mediocre, so any improvement was a blessing. I for one refuse to change that mindset as the season winds down.

We already watched our baseball team lose to better teams for most of the season. I thoroughly enjoyed their August and early September winning streaks. I thoroughly enjoyed watching as New York climbed to ten games over .500 and in full control of its playoff destiny. It will suck if the Red Sox eliminate us over the weekend, but I do not expect that to happen. This fight will come down to the bitter end, between the Yankees and Orioles and Blue Jays. The Al East is Boston’s as far as I’m concerned.

Maybe I’m not the average fan, but how can you be disappointed in the way the Yankees rebounded in August and September? Winning 90 games might not happen, but the fact it’s even in the conversation is outstanding. Joe Girardi deserves manager of the year consideration and New York is poised to piss off the entire baseball world if and when they win a wildcard berth. Because they’ve been winning, I want them to keep doing so and they actually have set such an expectation. But Boston is still a better baseball team. The rest of New York’s opponents are not.

Betances pitched for a third straight night and made a mistake to lose a ballgame to Boston. Perhaps if the trades hadn’t gone down, he wouldn’t have been called upon once again. But if the trades didn’t do down, we wouldn’t be having this conversation in the first place. The Yankees will be playing meaningful baseball until the final days of the season. Enjoy it.