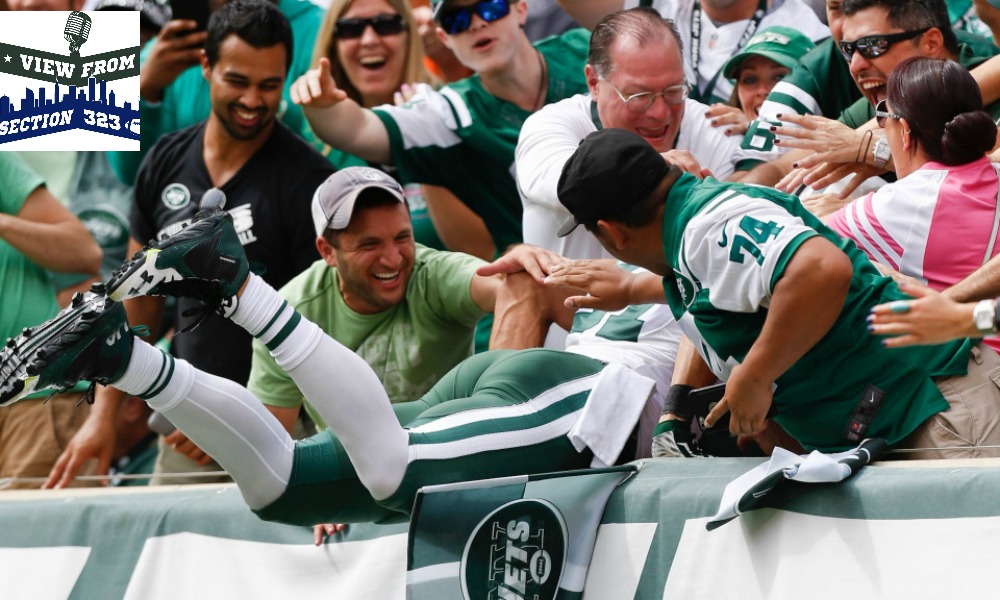 Stacking wins has been rare in New York, but the New York Jets are doing it. Plus ways the Giants will improve. Section 323 NFL podcast.

It may be November, but its never too late to start celebrating. The New York Jets are stacking wins and playing good football. They have the top running defense in the NFL and Sam Darnold just had his best game as a pro. Will Daniel Jones clean up his fumbling and get the Giants on track as well? Plus, what is up with Colin Kaepernick? The theories are too good to ignore.

NFL fans are typically vocal, but these two New York football fans are worse. If an inter-city rivalry exists between the New York Jets and Giants, then Phil and Bud are it. Its the ultimate of NFL rivalries. The ‘Section 323’ NFL podcast covers the entire league with a New York focus. The season has gotten exciting for our New York teams and everyone’s waiting to see what happens next. Will the winning continue as both teams play spoiler? Nothing is impossible as NFL Week 12 rolls in. Phil and Bud have nothing nice to say, so don’t expect a compliment.

Do you believe the Giants or Jets have much left to play for? Is it better to win or get a higher draft pick? Both New York football teams are still treading water and dangerously close to drowning. More wins mean everything, but draft capital is still crucial. Who will end with a better record? Who will earn the crown as king of New York? There are no mulligans in football.