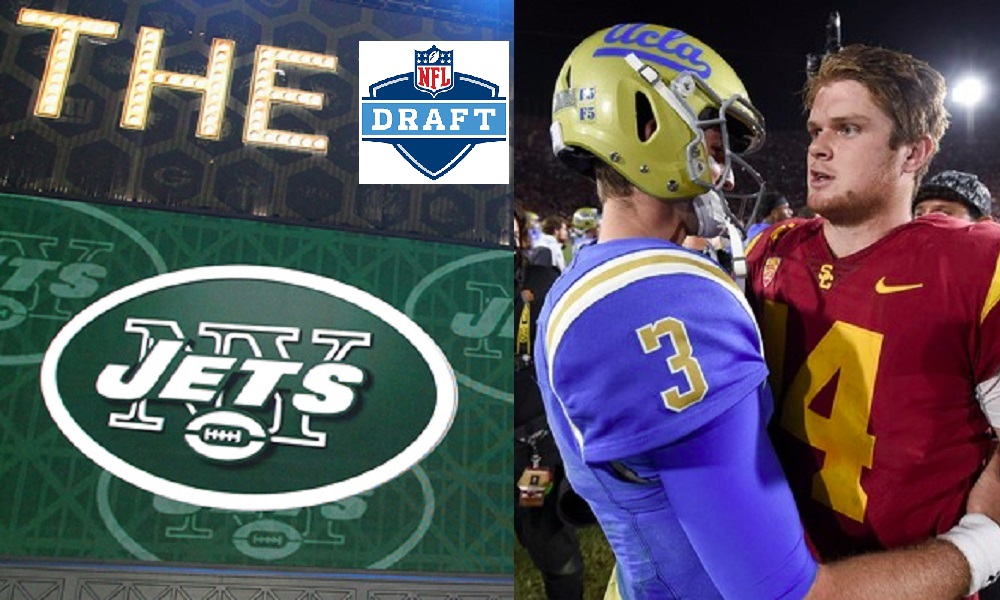 It’s officially NFL Draft week, meaning all NFL fans can start caring about their favorite teams again. I’m a New York Jets fan and a lot has changed since the Super Bowl. These are your Do’s and Don’ts for the NFL Draft 2018.

The NFL Draft is upon us, meaning its time for us to dive back into our favorite NFL teams. For me, that team is the New York Jets, but no matter who you root for this mini-manifesto is for you. I have your Do’s and Don’ts for draft week so that we can all keep it fun and safe. NFL fandom is tricky business, so don’t break these rules.

Don’t pretend you’ve been following your NFL team for the past three months if you haven’t. There’s no shame in taking a break after your team is eliminated…well there’s a little shame. I took a break from writing about the New York Jets, opting to share my opinions on their moves via my weekly NFL Livestream on Tuesdays at 5 PM PT. Now I’m back!

Suffice it to say, I could never shake the NFL and its news cycle, but we all get it. Just don’t be a blowhard about it. A lot has changed since the Super Bowl for every NFL team. Just take a look at my New York Jets. Below I’ve highlighted the significant changes, but check out the litany of moves New York has made via CBS Sports.

Do know when your team is picking in round one. This should be obvious, but considering the trades that have already happened, it’s not a given that fans know when their team is picking. My Jets began the draft process with the sixth overall pick in round one, but now own pick three atop the draft. They made a well-known deal with the Colts to swap first round selections. This literally changed everything for New York in round one. You need to know these things.

Don’t get attached to any one player in round one. This is especially true for New York Jets fans, because both the Browns and Giants are ahead of New York and could easily take the player you want our team to select. Another team trading up ahead of the Jets is also on the table. Brace yourselves.

I personally want the Jets to draft a quarterback and I would be shocked if they did not. That being said, the two best players in the draft this year are not quarterbacks. One is a running back and the other is a pass rusher. The Jets need both, so nothing would shock me. If both quarterbacks that New York wants are gone, perhaps they go elsewhere. I want Sam Darnold to fall to us at three, but I’m okay with Josh Rosen as well. Baker Mayfield scares me a bit, but that is also a good thing. The Jets likely end with one of those three players, but I’m keeping an open mind. Don’t set yourself up for disappointment.

Do get excited for the first round of the NFL Draft and actually follow along as it happens. I mean it’s literally the only thing resembling football that exists right now, so why would you not celebrate your team’s round one selection and fantasize about the possibilities next season? If you vehemently disagree with the choice, then by all means take to Twitter and start berating people. Otherwise, its time to get excited!

Now is the only time that your team’s first round pick is the best thing going, unless of course he turns into a superstar. That might happen, but as Jets fans we should be patient and cautiously optimistic. Yet we don’t have to be on draft night! On draft night we can envision our new quarterback as the next Tom Brady or Aaron Rodgers, assuming New York picks one. You don’t have to watch on TV, but keep track of the action. It always gets a little nutty.

Don’t go get a tattoo for you team’s new player, or buy a jersey for that matter. The Jets hopefully end up with Darnold, but don’t name your new son Sam or Donny just yet. We all remember how the Chargers drafted Eli Manning and then he forced a trade to the New York Giants, who gave back Philip Rivers in exchange. Players and teams can force change, so you better wait and let the dust settle before putting ink to skin or pen to paper. Just saying.


Follow these five simple rules for what to do and what not to do during draft week and you’re guaranteed to leave the party with a smile on your face. The Jets might not get the girl, but at least us fans can be happy that they hooked up a little bit and even exchanged phone numbers.