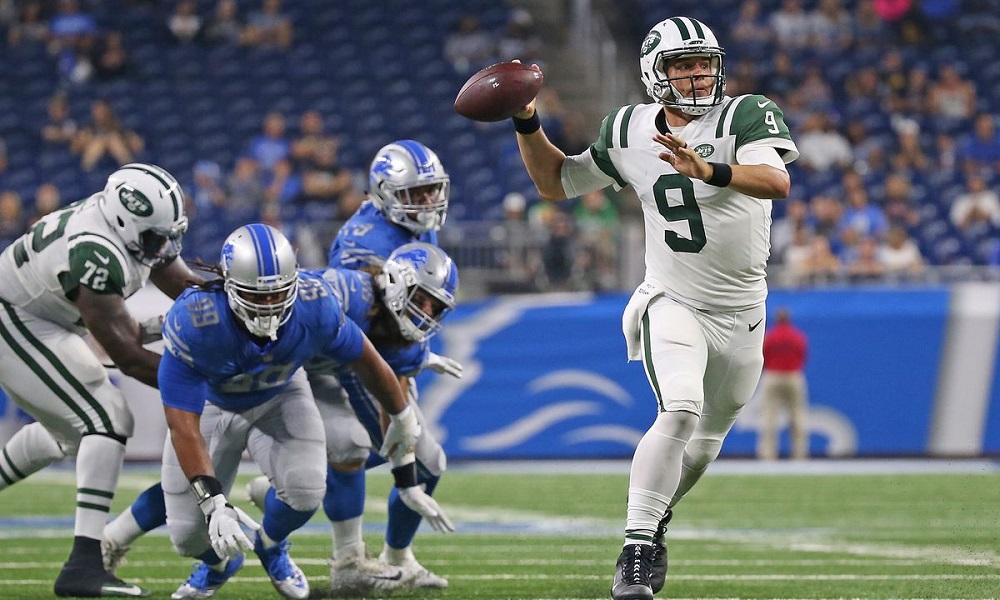 A loss to the Oakland Raiders was expected, and the New York Jets played well enough considering. But for this season to be saved, Gang Green needs Bryce Petty 2.0 to emerge.

Last season Bryce Petty got a shot at running the New York Jets offense. He looked confident and poised at times. Petty also looked lost amid rookie mistakes along the way. He’s been plagued by ill-timed injuries and a backlog of quarterbacks on the New York Jets. At no point has Bryce Petty been told, you will have a chance to run this team and we will ride out the bumps and stumbles that always come with first time quarterbacks in the NFL. Geno Smith got that opportunity. Christian Hackenberg’s opportunity is waiting for him, if he’s ever ready. What about Bryce Petty?

The New York Jets are playing to win this season, but they are also playing for the future. Developing young talent is critical. Playing Josh McCown is not. In fact, the team owes McCown a huge chunk of money for every game he actually starts, so there is a significant incentive for the Jets to put in one of their two young quarterbacks. Everyone wants to see what Hackenberg can do, yet Petty beat him out on the depth chart for the second consecutive season. He is the number two quarterback, behind McCown. He deserves to be number two, so why doesn’t he deserve a chance to lead this team and prove he’s the quarterback we want him to be?

Petty’s stat line reads like most rookies over a small sample size. He’s 1-3 as a starter with over 800 yards passing, three touchdowns, and seven interceptions. It’s too few games to know what he’s got. What we do know is that he keeps winning the backup quarterback job for the Jets. The only players who’ve beat him out over the last two years are savvy veterans with years of NFL experience. If the Jets had been a rebuilding team last season, perhaps Petty would have been the starter all year. Or at least for more than four football games.

The 2017 New York Jets are teetering between getting better and getting run over. Developing players into starters is what this season is all about. Since Hackenberg lost to Petty, with all indications being that it wasn’t particularly close, then Petty must be handed the reigns as soon as his knee is fully healed. The one thing that will make this season a real success is finding next year’s starting quarterback.

When Bryce Petty 2.0 emerges as a proven starter, the Jets no longer need to worry about who will be quarterbacking the team in 2018. They can draft Sam Darnold, because it would be foolish to pass on a bona-fide stud quarterback, and then give him time to learn the NFL game. New York can avoid thrusting him into game action immediately, because Petty is able to lead this football team.

No matter how great Petty or Hackenberg are this season, it should not prevent the Jets from drafting one of the three potentially great quarterbacks in the 2018 NFL Draft. Having such a proven starter allows for their rookie passer to take his time. It removes the pressure on both team and player. Everybody wins.