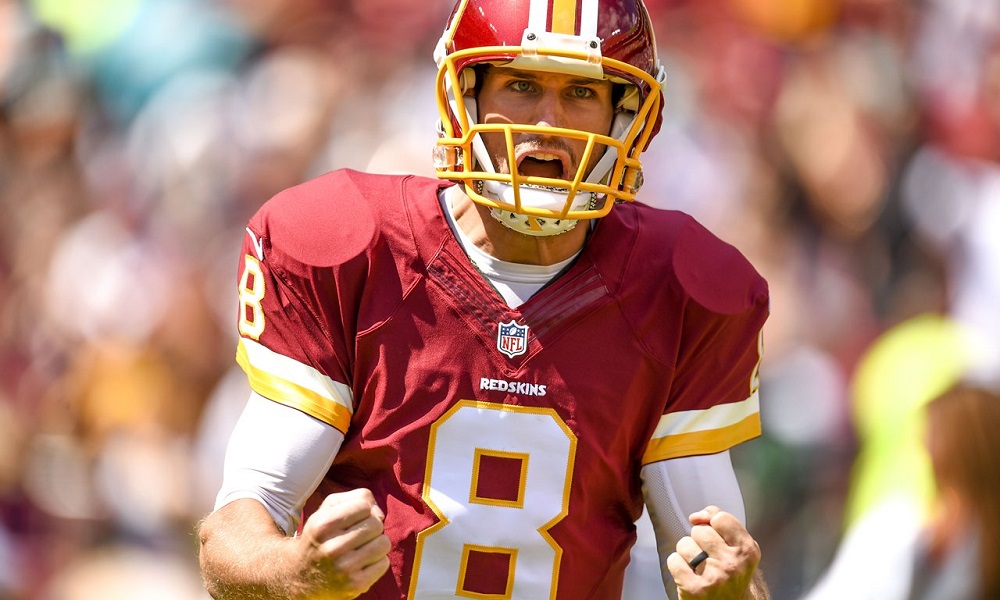 With the news that San Francisco is seemingly happy at quarterback, is Kirk Cousins the answer for our New York Jets? There’s now less competition for the proven signal caller, and New York has issues with drafting a QB.

Several experienced quarterbacks will be available in the offseason, but there are also a slew of rookies to tempt teams in the 2018 NFL Draft. The New York Jets need a quarterback, yet the 2017 season has proven that this team can actually win now with the right man under center. New York is one or two players away from being elite. As of this article, the Jets have lost three football games in the final quarter due to miscues. An elite quarterback and reliable punt returner likely turns those games into victories, making Gang Green a 6-2 team after eight weeks of football.

Is Kirk Cousins the answer for our New York Jets? The Washington Redskins have slapped him with the franchise tag for several seasons, and he keeps delivering. Cousins will get a longterm deal sooner than later and likely this coming offseason. It’s also unlikely that Washington gives him this deal, because the sides have had literally years to work something out. Other teams besides the Jets will be coveting Cousins. San Francisco was in the running until it traded for Jimmy Garoppolo. Now the 49ers are set at quarterback, at least for a season or two. They have a rookie to develop and a veteran they think can be the answer. Cleveland needs help, as do the Jaguars, Jets, Broncos, and Cardinals. Pittsburgh and Kansas City may be looking for new signal callers as well. The Giants likely draft another, and Minnesota is confused but looking. Should New York enter the bidding war?

ALSO ON BUZZCHOMP: How to Avoid Christmas in November

Simply put, the Jets would be lucky to win the Kirk Cousins sweepstakes. He is an excellent quarterback that has consistently exceeded expectations. Cousins has won more with less, even making the Pro Bowl last year. This is his sixth season in the league, but only his third starting full-time. Since taking over in 2015, Cousins hasn’t missed a game, hasn’t posted a losing record, and is averaging well over 4000 yards passing and 25 touchdowns. He isn’t turning the ball over either. Cousins has proven himself as a starting NFL quarterback.

The Redskins are a dysfunctional organization, so Cousins is used to a mess. New York can afford to pay him and lock him up for five years. He is worth the investment, because the Jets likely end the season with a top fifteen pick in the 2018 NFL Draft. They may even have another top ten pick. Signing Cousins allows New York to draft a wide receiver or offensive lineman to bolster the offense and help their quarterback. Perhaps they grab a linebacker to replenish the aging unit. Not needing a quarterback will be a major asset for the Jets come draft day.

As a fan of the team, it’s blatantly obvious that New York has a poor track record drafting quarterbacks. The team has done well drafting defense. Its offensive record is rather poor, but the current regime has done a solid job overall. I believe Elijah McGuire can be an excellent running back. He seems to compliment Bilal Powell very well, so when Matt Forte inevitably retires, McGuire can slot right in. Its rare in football for a team to be one player away from winning a lot of games, but the Jets feel like that team right now. Josh McCown is exceeding expectations and doing great, but after fifteen years his weaknesses are well known. His ability to elevate an offense has been and will continue to be limited. He is not the answer next season.

Cousins has proven himself in the NFL, unlike all of the rookie quarterbacks entering the 2018 NFL Draft. One great season does not make a great quarterback, so time will tell if this year’s rookies can maintain their success. But Cousins has maintained his own success, continuing to dominate as a starting quarterback. The Jets would be wise to pursue him and lucky to sign him.