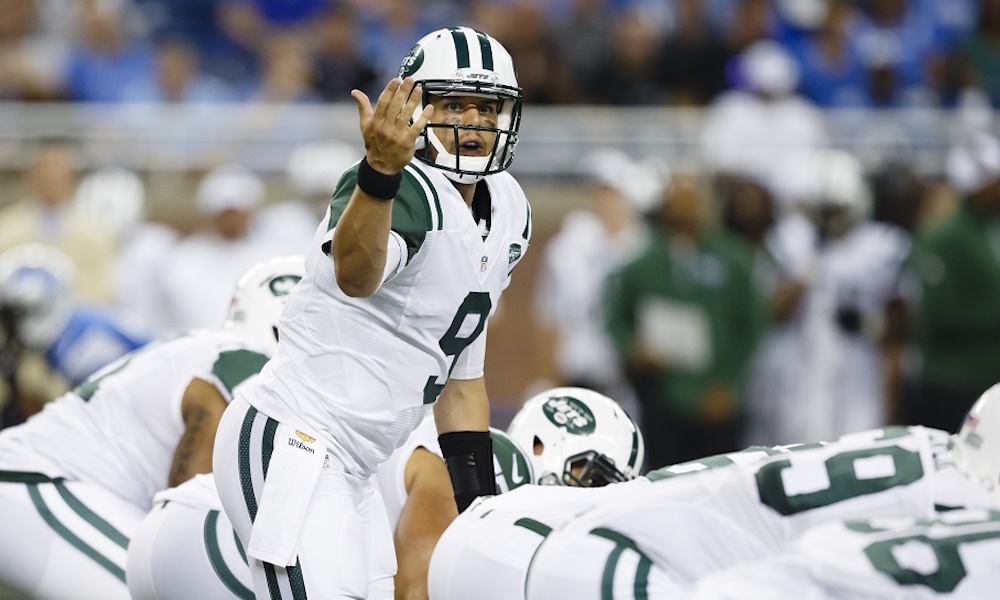 New York Jets fans are all singing the Bye Week Blues. Tanking/Continued sucking will do that to even the most hardened fan bases. Is it April yet?

Another week and another painful loss by the New York Jets. This Sunday brought a 9-6 defeat at the hands of the hapless Los Angeles Rams. New York scored the only touchdown, missed an extra point, then held its opponent to only three field goals in the game, yet lost. The defense played well, as it should against a bad offense. But Bryce Petty‘s debut was uninspired and the 2016 NFL season is officially over for New York.

The Jets could have come out firing, delivering a new burst of energy and enthusiasm for a fresh start at home under a new quarterback. Petty showed his inexperience, but only made one real mistake with less than two minutes to play in make-or-break time. He can and will get better, if given the opportunity. But if I’m coach Todd Bowles, do I give him the chance? Gang Green did not rally around Petty, its potential new leader. They did not pick up their young quarterback and go balls out to win his NFL starting debut. Quite the contrary. It was the same old Jets, an expression that never seems to die or go away.

New York ran the ball well, but couldn’t move it with any consistency. It appeared as though offensive coordinator Chan Gailey was apprehensive, unsure of how much to run with Petty under center. He had no choice but to let him pass on third down and Petty did okay. But there was little misdirection or variety in the play calling on first and second downs. The Jets still had success running the football, a testament to Matt Forte and Bilal Powell. But there were far too many three and outs in the game. There were far too many missed opportunities and no spark to speak of.

I get it. Starting Bryce Petty meant the season was over for almost everyone. Despite the fact he got the nod because of Ryan Fitzpatrick‘s injury, playing him was a white flag for many. Why the hell was that the case? If the Jets were going to catch lightning in a bottle and put together a winning streak, it would have been with Petty providing the spark. Yet it felt like the team collectively decided that was not possible. Petty was not the answer. Give the guy a shot! He’s only in his second season and this was his starting debut. He throws a solid deep ball and is rather intelligent under center by all accounts. Petty was drafted as a project, so let him develop.

If you’re telling me that the rest of the New York Jets don’t see him as their guy, well I suppose I must accept this reality. Maybe Petty isn’t the leader that New York needs. Maybe he isn’t one to galvanize the locker room and push his teammates to play better than they otherwise would. That is the type of quarterback we need. We need to see if Petty can be that quarterback.

Do the Jets already know the answer? Is that why they took a leap with Hackenberg and kept Geno Smith as the number two? We may never get an outright answer, and that’s why I’m singing the bye week blues. Football games with New York involved have deteriorated into grueling television adventures ripe with agony and usually ending in defeat. I call mercy on this season.


I had high hopes for this team, but now I’m singing the blues. I expect a major shakeup to roll downhill, with this bye week kicking things off. New York still has six games left. That’s six opportunities to evaluate talent for next season. Six opportunities to get closer to a top five draft pick and six games to show the fans there’s hope on the horizon.