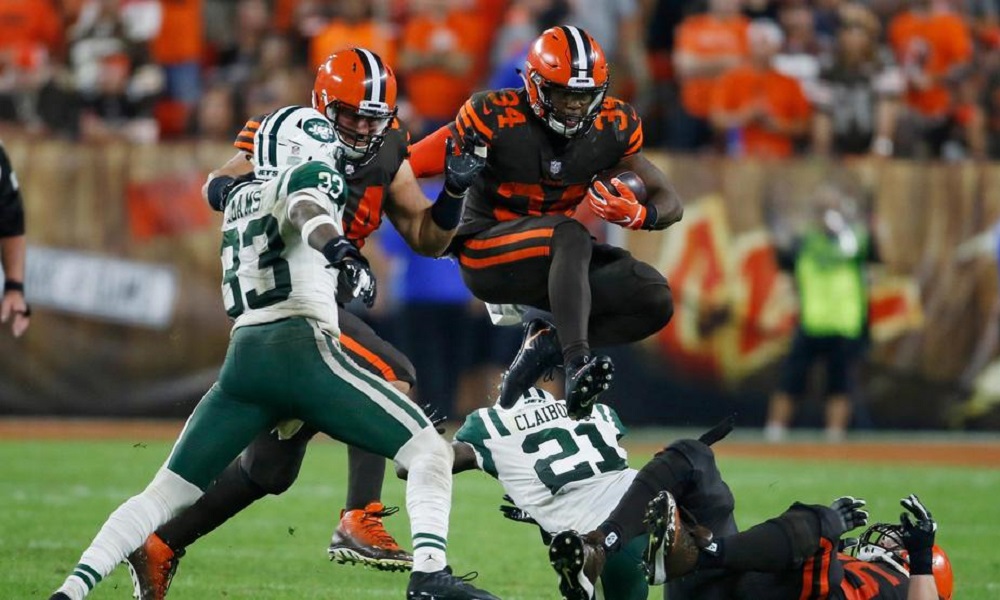 The New York Jets are just like everyone else in the NFL, which is exactly the problem. Inconsistent play and an inability to finish the game led New York to blow a major opportunity. Thankfully its still September.

Setting aside the Pittsburgh Steelers and Tampa Bay Buccaneers who have yet to play their third game as of this writing, only three teams are undefeated at 3-0 and only three teams are 0-3. That leaves a massive 24 teams between 1-2 and 2-1 in the NFL. Some would write this off as September football. Everyone is finding themselves and no one truly elevates until October begins. How boring! The truth is that team’s reveal their weaknesses in September, their vulnerabilities and potential pitfalls. Some overcome them, while most succumb to the chinks in their armor.

The New York Jets have revealed their own strengths and weaknesses, but more importantly, they blew an opportunity to stay ahead of the crowded AFC. New York has not been playing consistent football from half to half in both of their losses. The Jets could not score or stop the Dolphins in the first half of their first loss, then shut them out in the second half. The offense got going, but not enough to win. Against Cleveland, the opposite was true as New York shut out the Browns in the first half with stifling defense. Gang Green’s offense overcame Cleveland’s strong defensive effort to take a commanding lead. Then the Jets became unable to slow the Brown’s offense and momentum with Baker Mayfield in at quarterback for half number two. New York’s own offense was about the same, but never again found the endzone. Ultimately, another close loss ensued.

Thankfully these are fixable issues, as the Jets played two consistent halves of football in their lone victory. Doing so is the only recipe for wins in the NFL. I wrote last week about New York’s roller coaster season behind Sam Darnold. It doesn’t have to be a painful one, but giving away games to opponents who are on your level is unacceptable. There are only three teams truly better than the New York Jets right now, because only three teams are undefeated.

Take a look at the AFC East standings. One undefeated team and three at 1-2 is not surprising, but which teams are where is pretty astonishing. I’m not surprised Miami is better, but I also do not believe they are THIS good. The Dolphins always play better in warm weather, regressing to the mean as the season progresses. New England often starts slow, only to find themselves in early October. Buffalo is not a good team, but nearly shutout one of the “best” in the NFC. Who are the Bills? Who are the Jets for that matter? They dominated a bad defense and completely rattled two quarterbacks who kept standing in the pocket. Ryan Tannehill and Mayfield never stood still and worked New York’s defense. That is the current recipe to defeat the Jets.

ALSO ON BUZZCHOMP: Batman Workout Gets You Ripped

The return of Marcus Maye will help shore up the defensive backfield, eliminating some of New York’s current defensive weakness. The pass rush has been there and the Jets have gotten to the quarterback and forced turnovers. Those are the positives and we’ve spoken to the negatives. Offensively, the Jets are not yet in sync when it comes to Darnold and the wide receivers. This takes time and better pass protection. That is probably New York’s biggest issue, since they’ve run the ball well over three weeks.

Despite the shortcomings, the New York Jets had 2-1 in their hands. They withstood really tough defense from both Miami and Cleveland, so what’s next? Jacksonville looks vulnerable, as do the Broncos. Indianapolis has been inconsistent, as have the Vikings. Those are the Jets’ next four opponents. Losses suck, but they were only by eight points and four points respectively. Even the Patriots got blown off the field in one of their losses, but not these Jets. I’m optimistic to a fault sometimes, but considering how unreliable September football can be, Gang Green is in perfect position to turn the corner towards a winning season. Only three teams are truly out of it right now and none of them wear green and white.