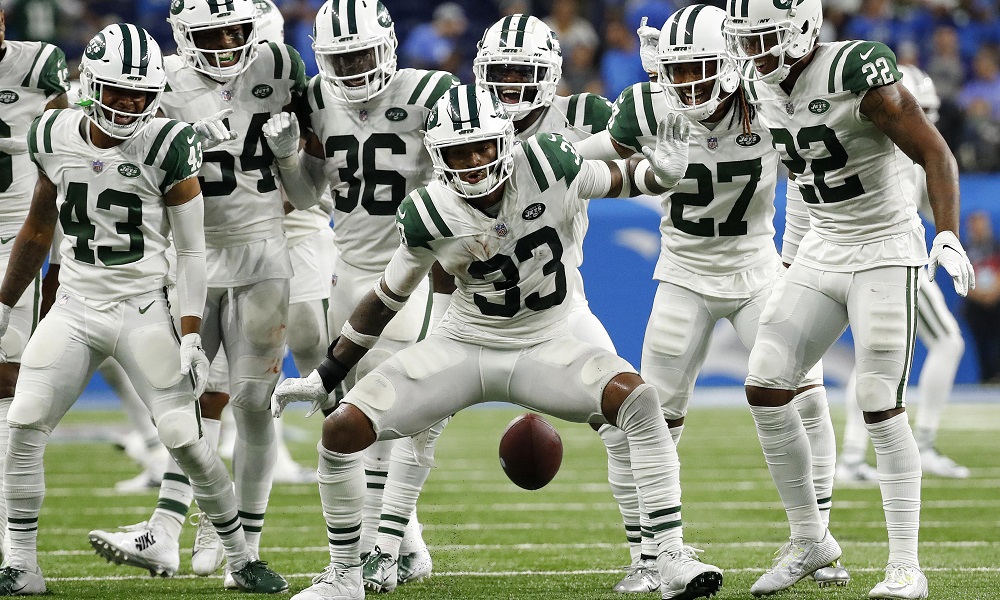 Savvy fans knew the reality, but no one wanted 2018 to be a roller coaster season for the New York Jets. As we enter week 3, its time to ride the highs and forget the lows. It’s still better than last year.

There are far worse things than rooting for a football team on the up and up. As fans of the New York Jets, we know the reality of every other conceivable low. The 2018 season is a high, because it started from ground zero. Zero expectations and zero excuses. Oh, what a beautiful thing!

The New York Jets weren’t the only team who drafted a quarterback in 2018, but they are the only team happy about having them under center. Sam Darnold is a rookie and all rookies ride the NFL roller coaster. Don’t get me started on last season. Carson Wentz and Deshaun Watson took the Eagles and Texans on the worst kind of coaster. They rode their teams and fans to the highest of highs, then plummeted face first into the ground. Their roller coasters ended with injury, but it was still a wild ride. Now we are on Darnold’s ride, already with pretty sweet highs and some disappointing lows.

Imagine if you are a fan of the Buffalo Bills. Your team traded away your starting quarterback from last season, then traded the presumptive starter for this season. Then the player who won the starting job was SO bad that they brought in the rookie Josh Allen. That is not how you want your team’s new rookie quarterback to start his career. No one wants that.

Imagine if you are a fan of the Arizona Cardinals. Your team is potentially the worst team in the NFC, with an otherwise competent quarterback leading the way. Yet Sam Bradford is not getting it done, because the team isn’t winning. Rookie Josh Rosen remains on the bench. No one wants that either.

Every time Darnold makes a mistake, he finds a way to rebound. Miami kept coming after him in week 2 and the New York Jets offensive line could not stop them. Yet Darnold remained poised and put the Jets in a position to win the football game. New York has a very good defense, which made a few key mistakes that allowed the Dolphins to seal their victory. These are the types of mistakes in winnable losses that elevate football teams early in the year. September is where team’s find their identity. It’s the perfect time to learn these lessons.

Such a loss would be heartbreaking in December, spelling the end to a team’s roller coaster ride. But in September it is filled with positives, despite the L in the record book. The New York Jets now must face a hungry and desperate Cleveland Browns team in prime time on the road. Sound familiar? Just like week 1 against the Lions. While the Browns have found ways not to win thus far, New York keeps playing winning football. It’s about poise, momentum, and attitude. It’s about Sam Darnold.

If you couldn’t tell already, I’m very happy and excited to have Darnold leading the New York Jets. I feel as though no matter what happens on the field, he will make sure that every player in the huddle has short term memory loss and focuses on winning the next play, the next drive, or the next game. It’s a perfect complement to coach Todd Bowles, which is what wins in the NFL. Quarterbacks must complement their coaches, and vice versa. Look at every winning team or team with stability at coach and QB. You’ll notice how similar both are in every way that matters most.

I’m not ready to get too excited about this season, because it is and will continue to be a roller coaster ride, led by our rookie quarterback. But outside of Jacksonville, the AFC appears vulnerable. Now is when the cream rises to the top, if there is any. Now is when the Jets win another game.

More BuzzChomp: 2018 Emmys Feel Like End of an Era